Verstappen was pushed into a spin by Ocon's lapped Force India while leading at Interlagos, demoting him to second behind Lewis Hamilton.

After the race an enraged Verstappen was filmed shoving Ocon when they encountered each other while being weighed.

"I think Max has been pretty restrained," Horner told Sky Sports F1 when quizzed about the shoving incident.

"It's cost him a grand prix victory. He's driven his heart out with a damaged car.

"Esteban was lucky to get away with a push, to be honest with you. Emotions are running high.

"I told him 'just get yourself under control' on the cool-down lap because he's lost a victory through no fault of his own today and it's hugely frustrating for him and for the team.

"We'd done everything right, we had Mercedes on the ropes, we'd passed Ferrari. Hugely frustrating for everybody to lose a victory through a backmarker." 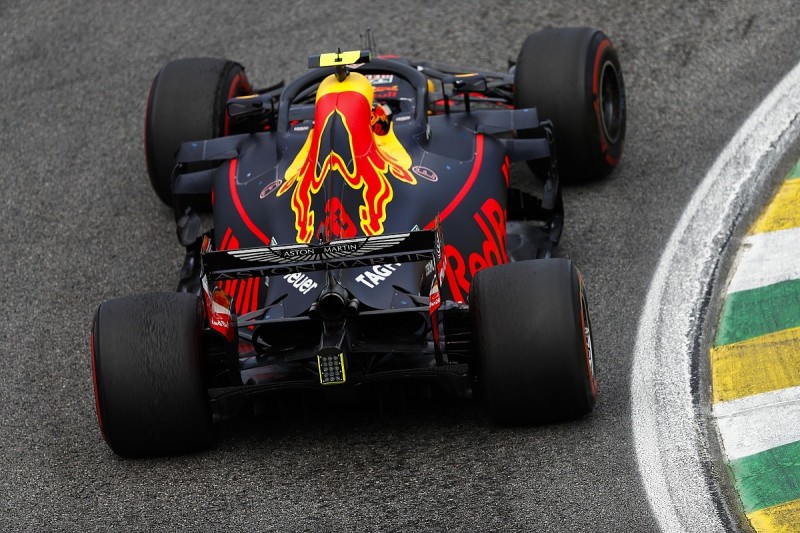 Ocon had been coming through the midfield after starting 18th following a grid penalty for a gearbox change, and had just pitted for fresh supersofts when he tried to un-lap himself from Verstappen.

"It's clear that as a lapped car you shouldn't interfere with the leader," Horner added.

"What on earth Ocon was thinking about there just beggars belief."

Asked if Ocon's tyre situation meant he was faster than Verstappen when they collided, Horner replied: "They're quick on the straight, we know that.

"But why on earth is he racing the leader?

"He's chucked the car up the inside there. It just makes absolutely no sense at all."

Verstappen continued after the collision and closed in on Hamilton again, but could not retake the lead. His car had sustained significant damage to its floor in the impact with Ocon.

"To actually close on Lewis again with half the floor missing, the amount of downforce he's lost is enormous," said Horner.

"He just drove the wheels off the car trying to put Lewis under pressure.

"We could see that front tyre of Lewis's opening up. Unfortunately with the wounded car he just didn't quite have the pace to catch him."

Esteban Ocon: Max Verstappen 'violent' and 'not professional' in clash