Red Bull and Honda have started a new two-year partnership this season and in their first grand prix together in the Australian season opener they scored Honda's first podium since it returned to the grid in 2015.

That marked the end of an 81-race run in the V6 turbo-hybrid engine era without a podium for Honda, but the bigger target for this season is to score victories.

Honda, like most participants, needs to commit to a fresh F1 deal beyond 2020.

When asked how important the Red Bull opportunity is to convince the company to do so, Honda F1 managing director Masashi Yamamoto told Autosport: "This year will be very important for Honda to think about how we can commit after 2020 with Formula 1."

Yamamoto, speaking during the Australian GP weekend, added: "We have to judge the overall situation.

"One [factor] is about the 2021 regulations, of course it's going to be included. Also, the business and marketing around F1.

"The last thing is the results we can make with Red Bull. We cannot just decide from one thing." 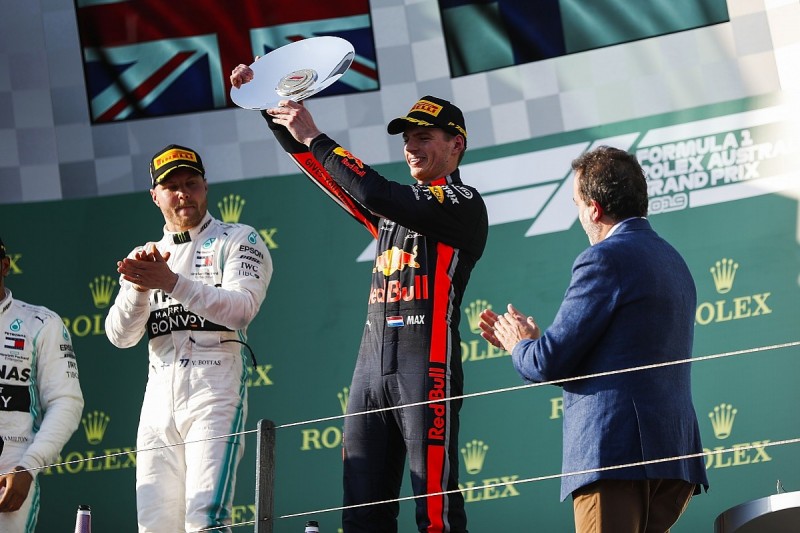 F1 presented its various stakeholders with its big vision for 2021 at a meeting in London on Tuesday prior to this weekend's Bahrain GP.

Yamamoto had indicated prior to this that the direction the rulemakers were taking was "right" and that they had been "listening" to the manufacturers' needs.

After rejoining the F1 grid in 2015, Honda endured three terrible seasons with McLaren in which its engine was underpowered, unreliable and routinely criticised.

Its rebuilding year with Toro Rosso - Red Bull's junior team - in 2018 was then enough to earn it a shot with a race-winning outfit again.

Yamamoto's new role as F1 managing director, having been its general motorsport boss before, is an indicator of the focus Honda is giving its F1 project.

He said his responsibility would be to ensure the technical team has a "comfortable environment" to work in and handle the relationship with Honda's upper management.

"As Honda, when we participate in any category of motorsport, our aim is to win," said Yamamoto.

"Before we started with Red Bull, I explained the details to the management of how we're going to reach that. Then we convinced the upper management.

"So now the company's feeling, and the people here, has the same direction towards winning."