Red Bull remains unsure of the cause of the hairline crack in Max Verstappen’s rear wing that gave it some pre-qualifying concerns at Formula 1’s United States Grand Prix.

After Verstappen had produced a strong lap in final practice before it was deleted for track limits, Red Bull discovered there was a visible crack in his rear wing.

The team elected to make repairs to it to beef it up before qualifying, as well as strengthening the wing on team-mate Sergio Perez’s car as a further precaution.

But without a definite answer as to what caused the problem, Red Bull will conduct further investigations overnight before deciding if the wing will be okay for the race.

“I don't know whether Max hit something, as [there was] quite a crack, and nothing on the other car or any of the other wings.

“We got permission just to beef it up a bit on both cars, so we'll have a closer look at it tonight.”

Despite the concerns about the rear wing, both Verstappen and Perez were able to produce strong qualifying sessions as the kept title rival Lewis Hamilton at bay. 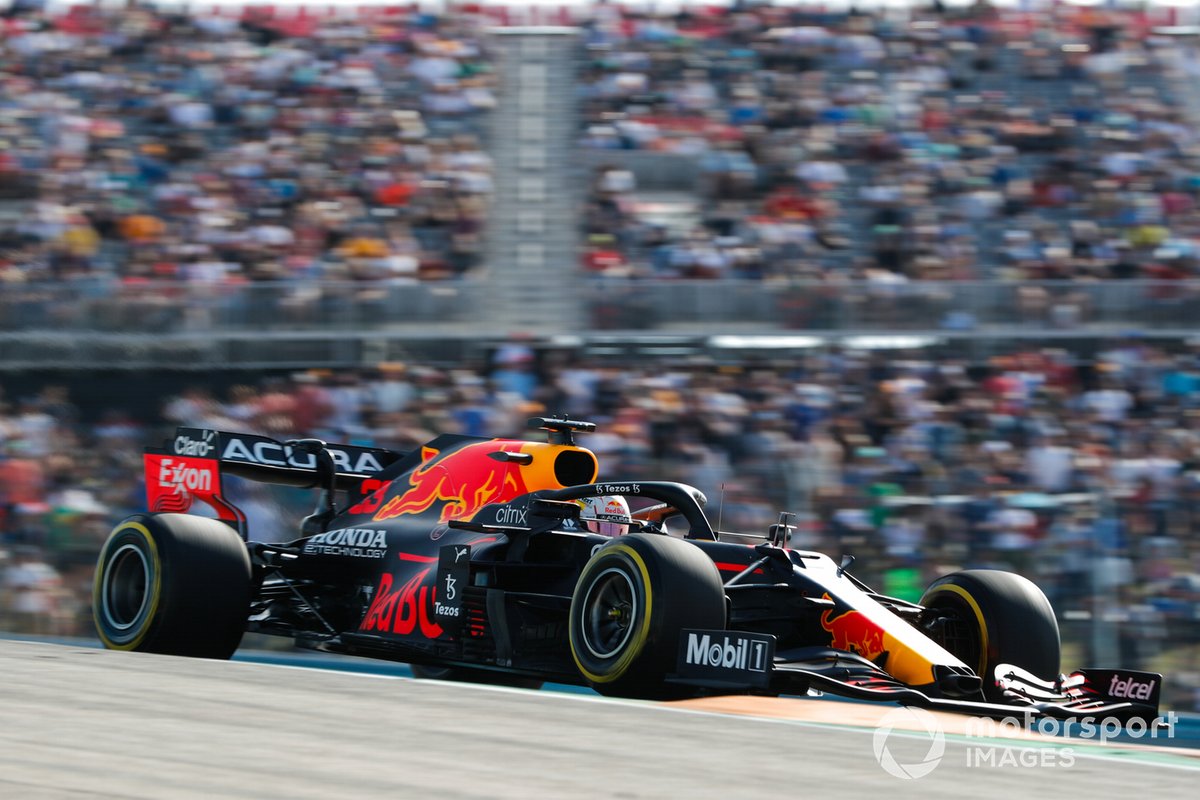 And with Mercedes having not been able to build on the pace-setting form it showed in opening practice, Horner says Red Bull had managed to make good gains.

“Yesterday the set-up we arrived at the track with was a little bit out, but I think we just tuned the car in,” he explained.

“And I think particularly on the mediums, we were debating at one point, would the medium be the better tyre for Q3?”

Mercedes reckoned that the story of the weekend so far was that Red Bull had indeed made good progress with its speed, while the world champion outfit had pretty much stood still.

Chief technical officer James Allison said: “After FP1, FP2 was a bit more of a struggle and it's been a little bit that way since. We've been up at the sharp end, but not really with the edge that we've seen in the recent races, so not easy.”

Asked if it was more Mercedes had lost speed or Red Bull had gained, Allison said: “Probably a little bit of each. Remember we are running in qualifying very similar set-ups to where we started in FP1, having migrated a bit in between time and then come back. So I think probably it's a bit more of Red Bull having a stronger weekend of development than we did.”