With Honda officially pulling out of F1 after the end of next year, Red Bull is currently weighing up its future engine situation.

It has been clear that its preferred route is to take over the IP of the Honda project, so it can keep running its current power unit.

However, the only way Red Bull can realistically push on with the Honda platform is if it does not have to keep developing the engine itself. That requires an engine freeze to be brought in by the FIA.

While rivals like Renault and Ferrari had initially been against the idea of a freeze, both manufacturers are now more open to it if F1 agrees to bring forward plans for new power unit rules to 2025.

However, the one remaining hurdle to overcome is whether or not F1 should also introduce some kind of safety net to allow some catch-up development if one engine manufacturer falls well behind the others.

Red Bull team principal Christian Horner said that talks were continuing over the matter, and a final decision could be made soon.

"We've got constructive discussions going on with Honda and the FIA, and I think that we are close to coming to a conclusion," he said.

"The FIA are consulting the other teams. I think there's alignment regarding a freeze. It's just, should there be a safety net if an engine manufacturer under shoots from one season to the next? Otherwise, to lock in performance for three years, could be quite damaging." 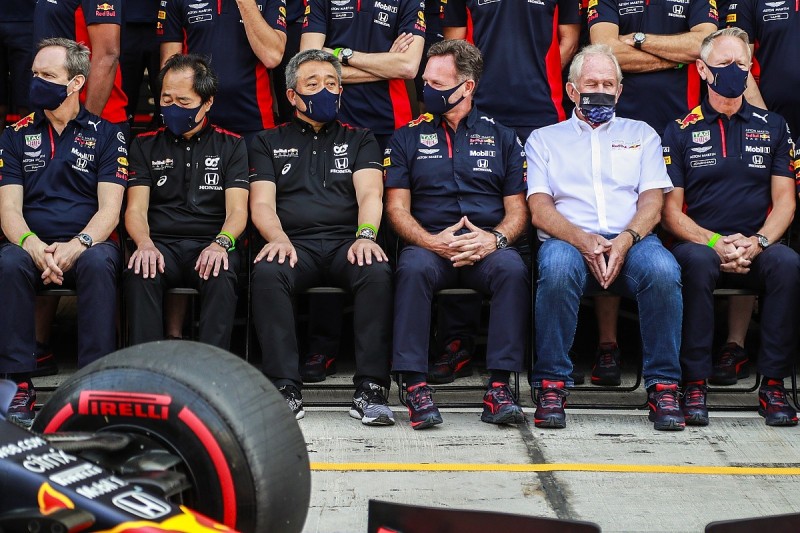 Honda is open to the idea of allowing Red Bull to continue using its power units, but admits finding an agreement is not easy, with manufacturing of components being split between Milton Keynes and Japan.

The Japanese manufacturer's technical director Toyoharu Tanabe said: "In Milton Keynes, we mainly develop and then manufacture the ERS system area, and the main ICE is developed in Sakura R&D in Japan.

"It's a very complicated situation, especially in Honda Formula 1. The discussion is ongoing now. We haven't got any conclusion yet so we will consider every circumstance in our project."

While Renault is known to be against the idea of engine convergence, Ferrari team principal Mattia Binotto said recently that it was important F1 teams discussed the matter now rather than be forced to make a snap call later on.

"I think it's better to just consider it now," he said. "[We want to] try to think in advance, instead of simply waiting for the situation and then having crazy discussions at the time. So I think by freezing it would be very responsible simply to consider such a scenario and make sure we are prepared for it."