Verstappen was running a comfortable fourth at Austin, and was in the hunt for a podium when he made an unscheduled second pitstop at the end of lap 26.

With the pitcrew unaware, Verstappen lost nearly 13 seconds, and when asked what happened over the radio, he replied: "I thought you boxed me. Sorry."

Three laps later, the 19-year-old was forced to retire with a gearbox failure.

"He thought he heard a call the previous lap but got himself confused," Horner said.

"We're not very good at fitting tyres when we don't know he's coming in."

Asked what he thought Verstappen heard, Horner said: "He hadn't heard anything on that lap, so it was basically the previous lap.

"He had been told to push, which was to close the gap to Nico [Rosberg] because we were going to try for the undercut on him."

However Horner said even that could not have been construed as an instruction to pit.

"It was the lap before, so he would've driven past the pits," he said. "It came from nowhere.

"It's a shame - a shame for him because his race was very strong.

"He put a great move on Kimi [Raikkonen], and up until lap 25 it was going well, but ultimately it came to nothing because of the DNF." 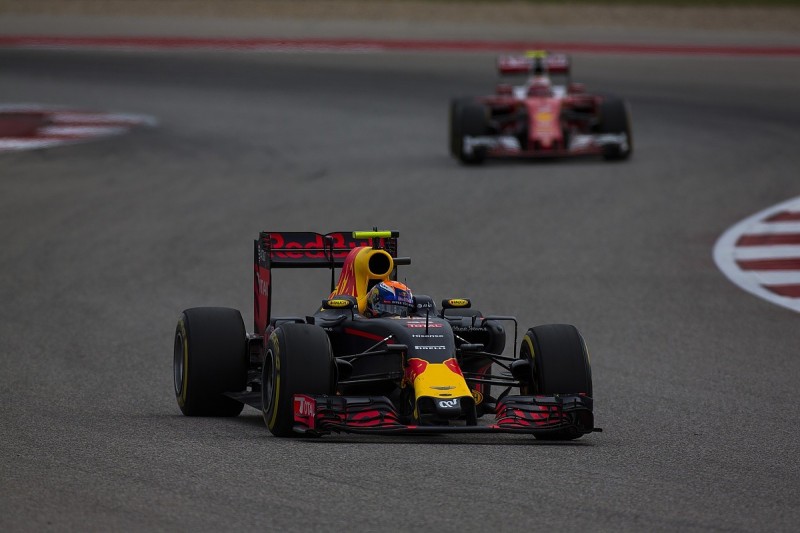 Verstappen's failure played into the hands of Mercedes and compromised his team-mate Daniel Ricciardo, who was on target for second place behind Lewis Hamilton.

When Verstappen finally pulled off track after touring for most of a lap, Mercedes brought both drivers in for their second stops on lap 31 during the ensuing virtual safety car period.

Ricciardo had already made his second stop six laps earlier, and was jumped by Rosberg, who went on to finish second.

"It's a case of what could've been," Horner surmised.

"If things had gone right, we would've had track position to Nico, who would've fitted the softer tyre on lap 36 or 37.

"Then we would've had a pace advantage and he would've had to fight for second place on track instead of being gifted it through the virtual safety car.

"With a possible chance of the undercut on Nico with Max, that meant Nico would have had to have passed both cars, albeit with a tyre advantage."