With four laps to go, he dived up the inside into Turn 16, with the pair making contact wheel-to-wheel and Alonso getting ahead while Massa ended up with a puncture.

"Felipe closed the door on me, I was already alongside him," said the Spaniard on the radio at the time.

The stewards investigated the incident after the race but after speaking to both drivers deemed that no further action was necessary.

"No driver was wholly or predominantly to blame for the collision," said the stewards in a statement.

Speaking to reporters before the decision, Alonso said: "It is difficult to overtake on the straight so we try to on the inside which was very aggressive.

"Unfortunately we touch. Luckily we continue on both cars.

"When I did the manoeuvre, I was side-by-side, I was not one quarter ahead or something like that.

"It's not like I was coming from behind or it was any crazy thing, so it was not the space for him to turn in."

Massa said: "At the end, Fernando dived into the corner I was taking, hit my car and I got a puncture because of it.

"It destroyed every opportunity I had to finish the race in sixth, and potentially fifth." 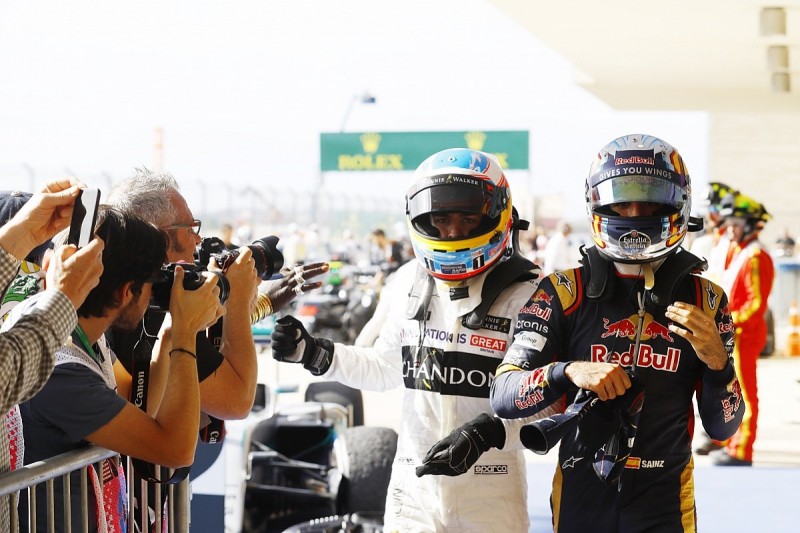 Alonso snatched fifth from Sainz on the penultimate lap as his countryman struggled with tyres he admitted were "finished".

"With Carlos it was easy because you just open the DRS and the Toro Rosso was quite slow on the straight," Alonso said.

"It seems like we had the tyres in better conditions than the others and we took advantage of that.

"He fitted the soft, we fitted the medium, so I had better tyre life at the end of the race and we took advantage of that."