Pirelli will be in a position to respond to drivers' criticisms far more quickly from the 2017 Formula 1 season, according to motorsport director Paul Hembery

Following a wet Brazilian Grand Prix a number of drivers again aired complaints about the "terrible" extreme wet tyre - as described by Romain Grosjean - who was one of four that aquaplaned off the circuit.

Grosjean was joined by Kimi Raikkonen and Marcus Ericsson in suggesting that the wet tyre was crucial to get right when Pirelli introduces its wider range of rubber for next season.

Hembery says the fact Pirelli can test in-season for the first time since it returned to F1 will have a major bearing on being able to remedy problems in the future.

"We've had four or five days of simulated wet-weather running, watering the various tracks we've been to, to try to get the wet-weather tyres right for next year, and we've not been testing on the correct cars," Hembery told Autosport. 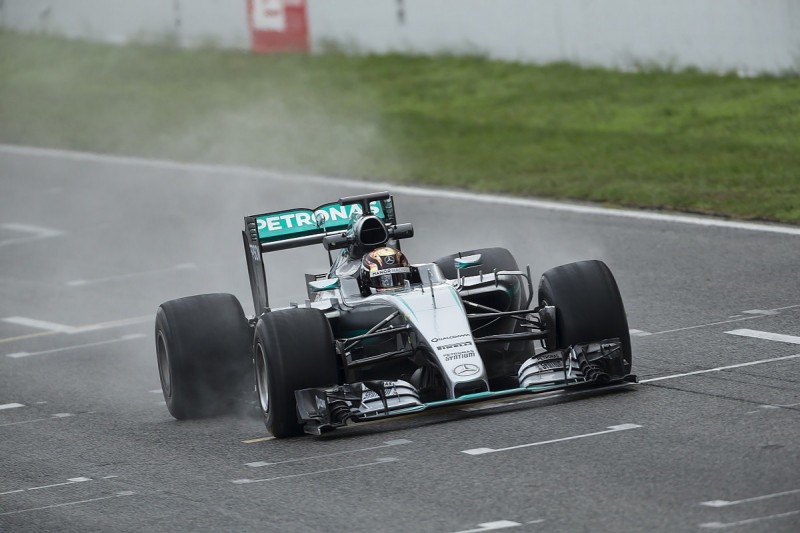 "Next year's cars we're not going to get until February/March, so it will be ongoing.

"The advantage we have this time around compared to previous years is we can test in-season on the actual cars, and that's a huge change.

"We obviously can't say everything will be perfect from day one, I'm sure we'll find a few surprises, but at least we now have the opportunity to work on change through the year.

"That, for us, is an absolutely wonderful situation to be in having gone three years without one day of testing."

Responding to the drivers' moans regarding the current wet-weather tyres, Hembery pointed to Max Verstappen's performance in the rain at Interlagos.

"Max seemed to do alright, he was impressive," countered Hembery.

"As far as I'm concerned we've just had one of the best races from our six years in Formula 1, so it didn't look too bad from a spectator's point of view.

"For next year, in going to a wider tyre the first challenge for us is to overcome the aquaplaning, which we can do simulation work on and get an idea of the absolute levels.

"Then it will be down to getting the grip levels right, which is going to form a large part of our work through next year, and also in 2018."