Fernando Alonso's level of performance during his Formula 1 career has been good enough to have won five or six world championships, says Carlos Sainz Jr

Sainz, who has described Alonso as his idol and admitted studying his driving, thinks his countryman would have had more than two titles if he had better machinery.

"It's like he has won five or six [championships]," said Sainz.

"What he did with that Ferrari those years was something not many people could do and what he is doing with the McLaren is standing out.

"It's just a number, the world championships.

"If you ask the whole paddock, everyone agrees he's one of the best in history.

"Championships depends on the car or being in the right place at the right moment.

"What really makes your career and your respect, like [Ayrton] Senna did, is your performance every year." 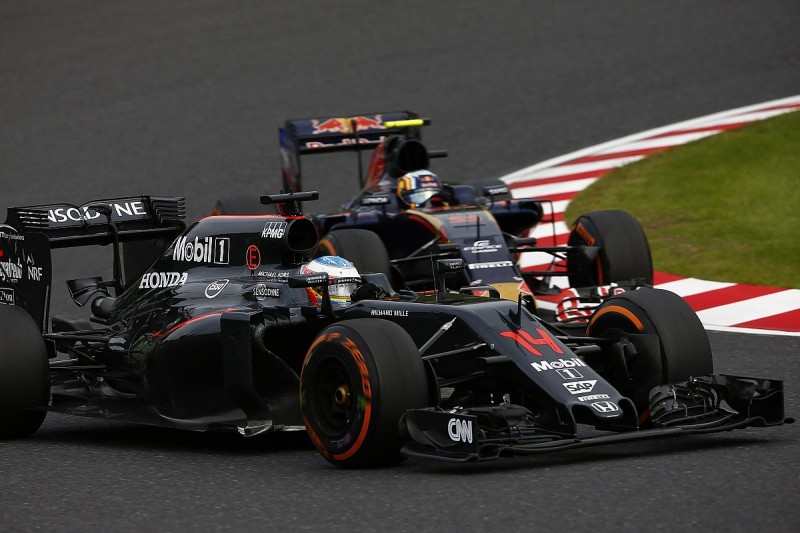 Alonso and Sainz have been battling on track recently, but the former hopes McLaren is pulling clear of battling midfield teams like Toro Rosso.

"We fight because the car performance is similar and we're always starting in similar positions," said Alonso.

"We've had some nice battles but he is way behind already in the championship so there is not any more battle.

"It was this coincidence that the two Spanish drivers we were together in the races on a couple of occasions.

"Thanks to the latest improvement of McLaren and with our new spec of engine with Honda, we've taken advantage and we are nearly 20 points in the constructors' championship and also well ahead on the drivers.

"I hope there is no more competition and in Abu Dhabi we are clear of that battle."