The selection of mediums, softs and super-softs for this weekend prompted criticism from drivers who struggled to find grip on Friday.

Pirelli's head of car racing Mario Isola admits that the company knew well in advance that it could have brought the ultra-soft to Azerbaijan, but the choices had to be made almost four months ago -before it had much knowledge about the 2017 cars.

For those races further into the season where there was still enough lead time, Pirelli has already made some significant changes - to the extent of dropping the hard tyre for the rest of the year.

The Spanish GP was regarded as a tipping point where Pirelli was able to confirm that downforce loads would be lower than expected this year, and it could therefore go softer.

But it could not change the choices where the deadline for finalising them had passed.

"There are some comments, 'Pirelli is confused'," said Isola.

"We are not confused. We just have a better knowledge of our product, so we can make something that is a bit more aggressive or challenging.

"We have a certain number of weeks when we have to decide the compounds in advance. That is nine weeks for European events, 15 weeks for overseas events.

"When we decided the compounds for Baku we didn't have a lot of information.

"So the only possible choice was something reasonable, that was medium, soft and super-soft.

"If I had to decide a compound for Baku now, it is clear that I'm not going to use a medium. 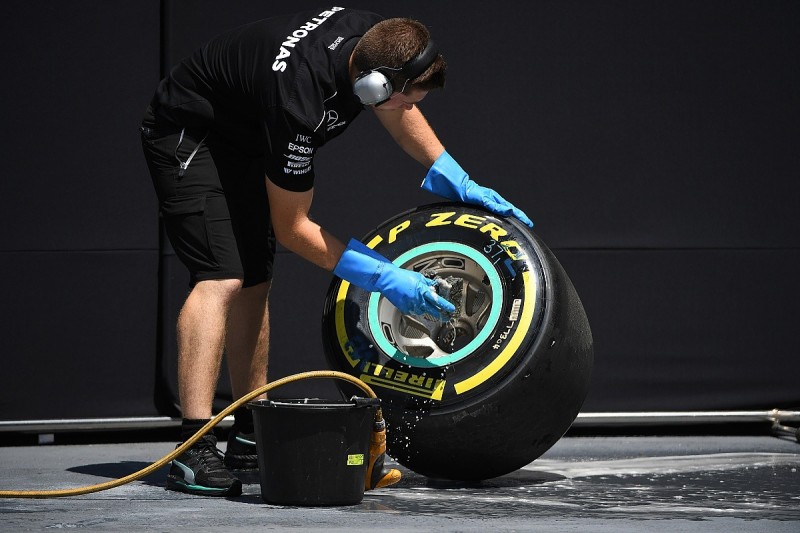 "You will see some races with a compound selection that - I don't want to say makes no sense - but there is a story behind that.

Isola reiterated that for 2018 Pirelli will have softer tyres in its range, and will use them more often.

"For next year we are planning to go one step softer, because it looks like the right decision," he said.

"When we made the plan at the beginning of the year we could rely only on information provided by simulation.

"On simulation we saw the highest loads, so in general more stress on the tyre compared with what we experienced on track.

"But with the data we had at the beginning of the year, it was the right decision.