This week's departure of team principal Monisha Kaltenborn came amid claims that tension over drivers was key to the split.

Multiple sources have suggested that Sauber's Swedish backers wanted the team to start prioritising Ericsson over Wehrlein, a plan Kaltenborn objected to.

Sauber issued a statement denying this, and Picci - CEO of the Longbow Finance company that took Sauber over last year - claimed the driver favouritism suggestions were part of an agenda against the team.

"I must once again deny the story that there was a difference of opinion about the management of the drivers after someone said that we would like to favour Ericsson," Picci told the Swiss edition of Autosport's sister title Motorsport.com.

"This is a low shot - like a punch under the belt - that has made us look bad.

"It's a negative action, orchestrated around Marcus and the team in order to demolish us.

"If the Swede got stronger or gets ahead of Pascal in the standings, then many will think and certainly say that this has only happened because he has a better or more competitive car.

"It's an attitude that I find disgusting, and fuelled by the rumours that someone has been circulating." 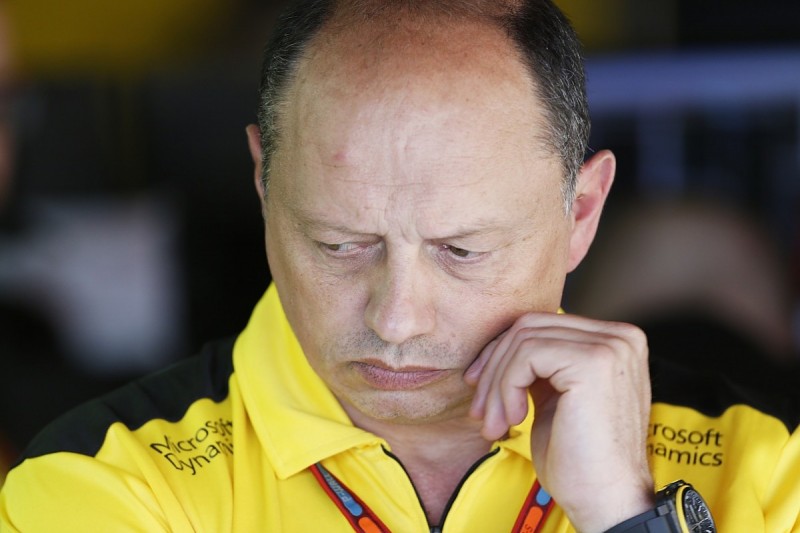 Former Renault team principal Frederic Vasseur has been identified as the favourite to replace Kaltenborn, and Picci confirmed talks were ongoing.

"There are many candidates of course, because we need to have someone with us as soon as possible," he said.

"Our idea is not to have a management or technical team with more people at the top, but to have someone in command - a proper boss.

"We are talking about someone capable of motivating a team, not a totalitarian commander but a forward-looking leader.

"There is someone who is favourite, and I do not hide the fact that Fred Vasseur recently met me at Hinwil.

"For the rest, it's still too early to say."

While Kaltenborn's departure has come as a shock to the paddock, Picci sees only a bright future for Sauber.

"Hinwil has tremendous potential, and our primary target is to maximise that," he said.

"We want to promote the great technology that is still in the factory.

"Many have forgotten about it, but it was BMW who brought both financial investment and cutting-edge technical equipment to Hinwil.

"It is natural and desirable for us to reactivate everything.

"Sauber will become a rare pearl in the field of automotive technology in Switzerland and internationally.

"At the moment we are not considering expanding into other categories, because we will focus on Formula 1 and the development of the infrastructure - with the windtunnel, aerodynamics and new engineering.

"We are only at the dawn of the rebirth and Sauber is very close to our heart."