Sergio Perez has thrived through having Nico Hulkenberg as a Formula 1 team-mate, according to Force India deputy team principal Bob Fernley

The duo completed their third F1 season as a pairing in 2016 with Hulkenberg departing for Renault next year, being replaced by Mercedes junior Esteban Ocon.

Hulkenberg beat the Mexican in the drivers' standings in 2014, but Perez edged his team-mate out by 20 points last year and 29 in 2016.

During that period, Perez scored four podiums, while Hulkenberg has failed to reach the rostrum in six full seasons in F1.

"It's just been a superb combination because we've been able to get the best out of Checo," Fernley told Autosport.

"Obviously it would have been much easier to go into '17 with Nico as a known quantity.

"If we can achieve that same level of competition - and that is what we're looking for - then I think Esteban can deliver that.

"But we're going to have to work hard with him in the winter so that he's up and running for the first race." 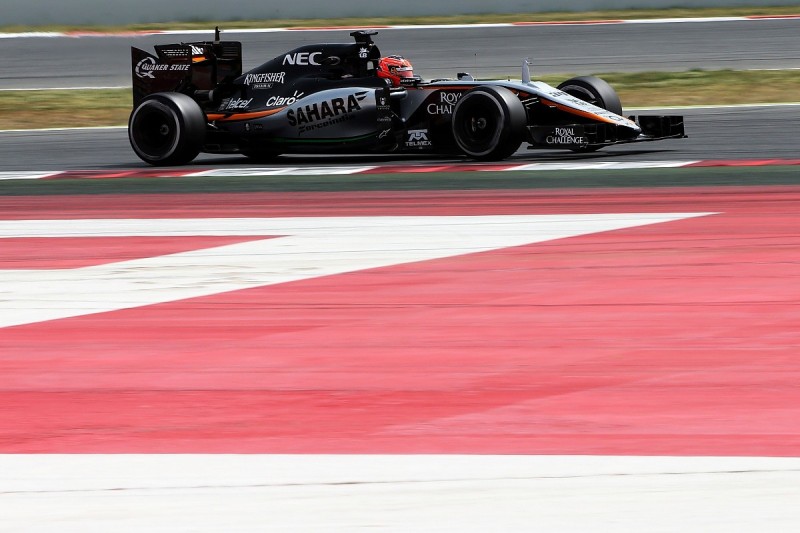 Fernley said he expects Force India to prepare Ocon - who has tested with the team before - quickly so that he is well-prepared comfortably ahead of the first pre-season test, which starts on February 27.

"It probably doesn't put any stress on us in some ways because we have got to bring Esteban into the team and obviously get him working with the team, with all the engineers and everything else," he said.

"We can start that process with him in the simulator and we have a superb simulator at Force India.

"So immediately we are ready with all the software processes into the 17 car, he'll be in there and he'll do all the work on that.

"By the time he gets to the first test session he should be ready to go forward in real time and then we'll be able to judge him from there.

"We should have him well prepared long before we get to [the first test in] Barcelona."