Only Magnussen will have Haas F1 upgrades in Hungarian GP

Haas Formula 1 boss Gunther Steiner has revealed that only Kevin Magnussen will have the team's new upgrade package when it is introduced at next weekend's Hungarian GP.

A shortage of the new parts has meant that the team has opted to give them only to Magnussen as the highest-placed driver in the world championship, leaving Mick Schumacher with the standard car.

Williams adopted a similar strategy with its recent new package, which was used only by Alex Albon in the British and Austrian races.

Haas has remained competitive in the midfield pack despite running a virtually unchanged car all season.

"There is only one car having the upgrade," said Steiner when asked by Autosport about the Hungary package. "And then the spares will be very lean even for that car. You know, everything came late, we had a lot of accidents this year.

"So all the materials were used up a lot to do that one, and then we started late also. We postponed it from France to [Hungary].

"In the beginning they said we cannot do it anymore until Spa, and everybody really pushed to have at least one set for Budapest so we get some data and can analyse it then for when we get going again after the break.

"And then if it doesn't work we always can go back to what we had before, we have got a good plan in place, well organised. The only thing is we are pretty lean on spares even for one car, so if anything happens on Friday..." 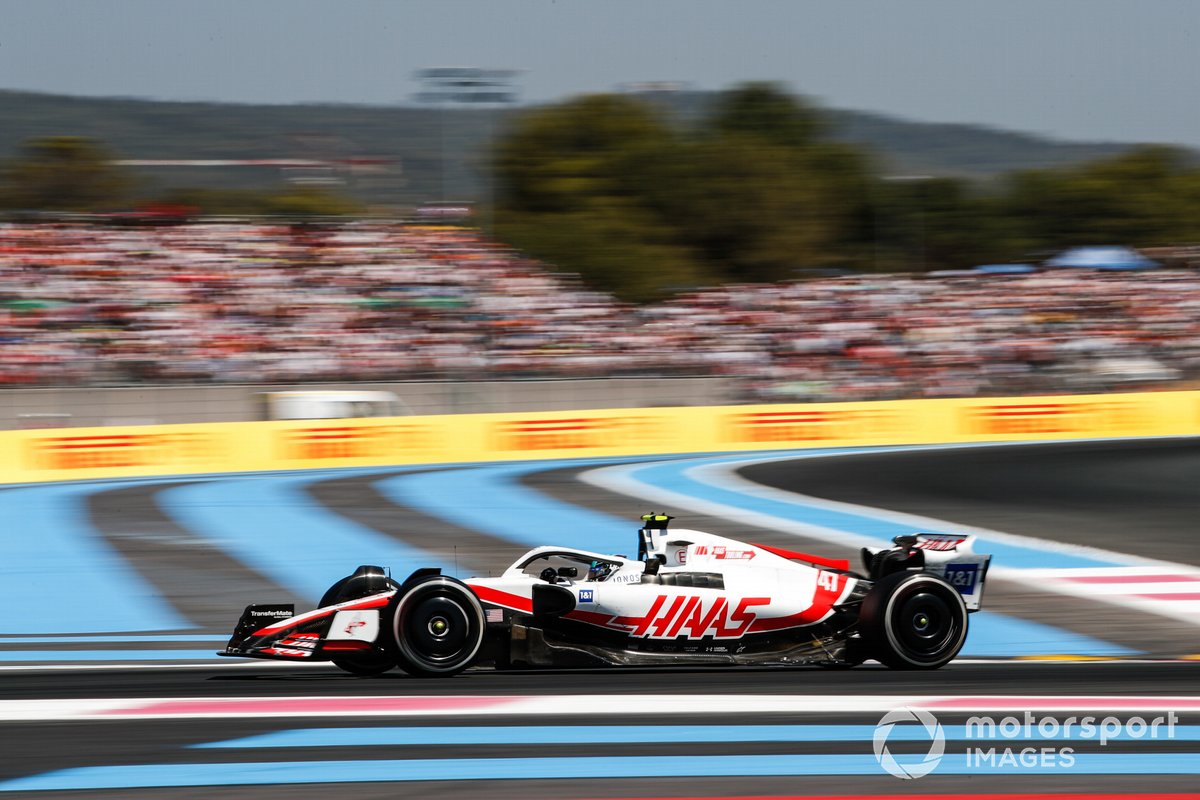 Steiner expects the package to show a clear benefit at the Hungaroring, where downforce is so important.

"Talking numbers, I don't want to get the number, because then you get disappointed, and what you compare it with?," he said. "Because you haven't got the same car doing a back-to-back.

"So we know how much more downforce it gives, there's a calculation how much it should do, and then we see how much it does do.

"But I'm not going out there saying now this is what it should be doing. We will find out and then we will see if it works, but we will not have a back-to-back from the same car."

Although Schumacher will provide a baseline with the standard car, Steiner conceded that won't be as good as converting the same chassis between specs over the course of the weekend, something McLaren did with Lando Norris between FP1 and FP2 in France.

"It is difficult across two cars. I mean, across two cars you can see perfectly the downforce data and that is good that you have two different specs running on the same race track.

"At least you can compare the downforce data and go from there, and then see if that downforce data, if there is a delta, gives you the time advantage you calculated, or you are expecting from the simulator."

Steiner also confirmed that after Magnussen took a fourth power unit in France and started from the back, Schumacher is now due to do the same.

However, the team hopes not to have to make the change in Hungary, where passing is so difficult, assuming that the German has sufficient mileage left on his previous examples.

"That I cannot say 100%, because they need to look to this engine, how it looks. But once we know that one, but the plan in the moment is to do it in Spa.

"But there are not hundreds of these engines around, so I don't want to put them under pressure. But that is Ferrari's job. And I think they try to do the best that we are not getting stuck out there on track with a broken engine."