Esteban Ocon should be known as the French minister of defence following his impressive efforts holding off drivers in Formula 1 this year, according to Alpine team boss Otmar Szafnauer.

Ocon picked up the majority of Alpine’s points this year as it finished fourth in the F1 world constructors’ championship, beating McLaren at the final race of the season.

Although Ocon failed to record a podium finish through 2022, he said it had been his best season to date in F1, a feeling supported by his biggest points total in a single campaign.

Asked by Autosport if he had seen a big step up from Ocon this year, Alpine F1 chief Szafnauer said he’d had “some fabulous races” before highlighting his defensive efforts.

“There were other times where we thought, 'oh no, the performance isn't there', and then he pulled it out. So really, really good for him,” said Szafnauer.

“But yeah, Suzuka stands out to me. That was amazing! Lewis [Hamilton], in a Mercedes, very good in the wet, changeable conditions, drying conditions, driving in your mirrors all time, Lewis was in the faster car.

“I mean, just look where [Mercedes] finished the championship. And he held him off. Brilliant.” 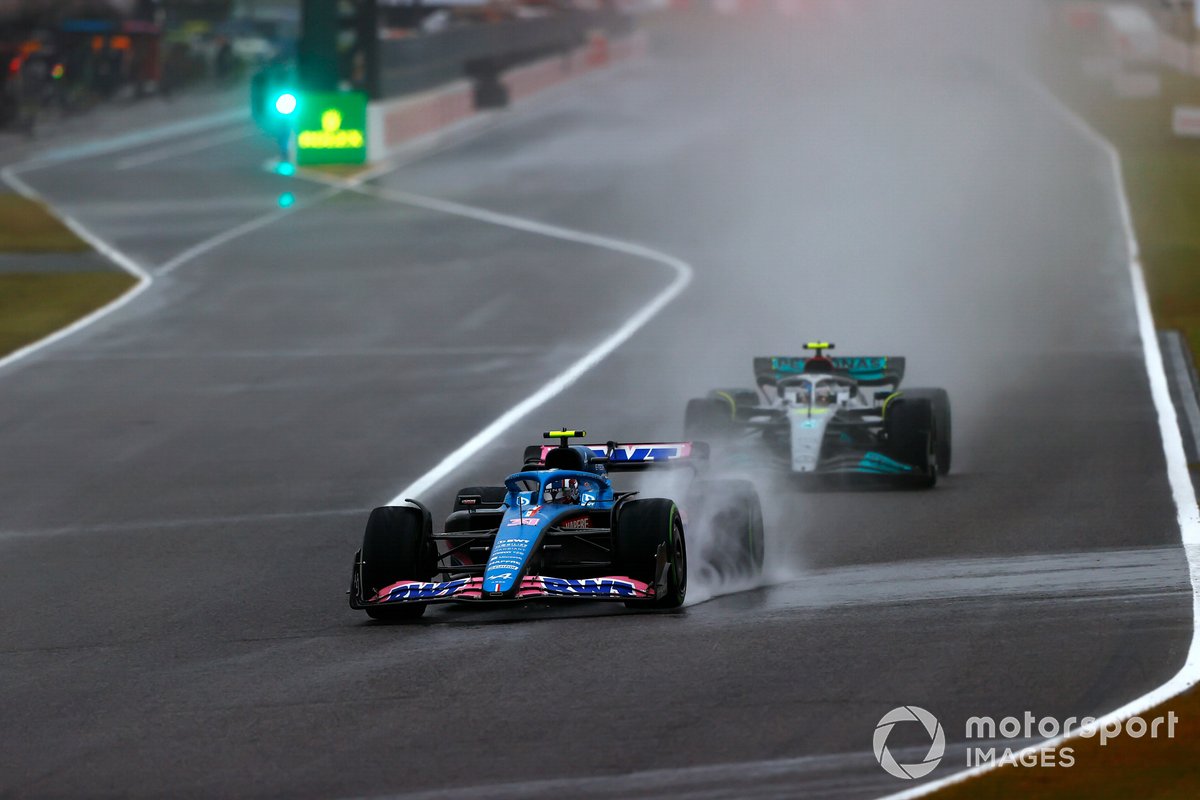 Ocon managed to fend off Hamilton for the duration of the rain-shortened Japanese Grand Prix at Suzuka, beating the seven-time world champion to fourth place.

Hamilton was able to put Ocon under pressure at the hairpin and on the run from Spoon to 130R, but the Alpine driver did not waver, positioning his car perfectly to stay ahead.

Performances like that left Szafnauer confident in the following races that Ocon would be able to keep drivers back, before joking that Ocon should be given a nickname like Sergio Perez, who was dubbed the Mexican minister of defence for his efforts in Abu Dhabi last year.

Upon finishing the press briefing in Abu Dhabi, Szafnauer was greeted by Ocon, who presented him with a signed Alpine F1 race suit from the 2021 season. Szafnauer then told Ocon of his nickname idea, to which Ocon translated it into “ministre de la défense” in French.