Esteban Ocon doubts new Formula 1 team-mate Pierre Gasly will need much help getting up to speed with Alpine, believing he will be a “good asset” in 2023.

Gasly will join Alpine next year after spending the entirety of his racing career to date under the Red Bull umbrella, with the majority of his time in F1 coming at its AlphaTauri team.

The move will see Gasly replace two-time F1 world champion Fernando Alonso, who signed for Aston Martin at the end of July.

Ocon has raced for the Enstone-based team since 2020, and played a role in helping Alonso get back up to speed when he joined last year after spending two years away from F1.

But Ocon is confident that Gasly will be able to hit the ground running at Alpine, and won’t need much of a helping hand to settle in through the early part of 2023.

"I think Pierre is very experienced. He’s driven for different teams, he’s driven a lot in testing also prior to that. It’s always a learning curve of understanding the car, how you work.

“The team and I, we have the keys, and again, the important thing is for us to debate, do the same thing we were doing with Fernando.

“Straightaway we need to be on pace to be able to score, and to give good feedback to the team, to really improve it.

“I’ve already [tried] some parts of the ’23 cars, and it was very encouraging, incredibly fast I would say. So far, it’s only simulations, but it feels good. We need to keep going that way, and Pierre will be a good asset for that.” 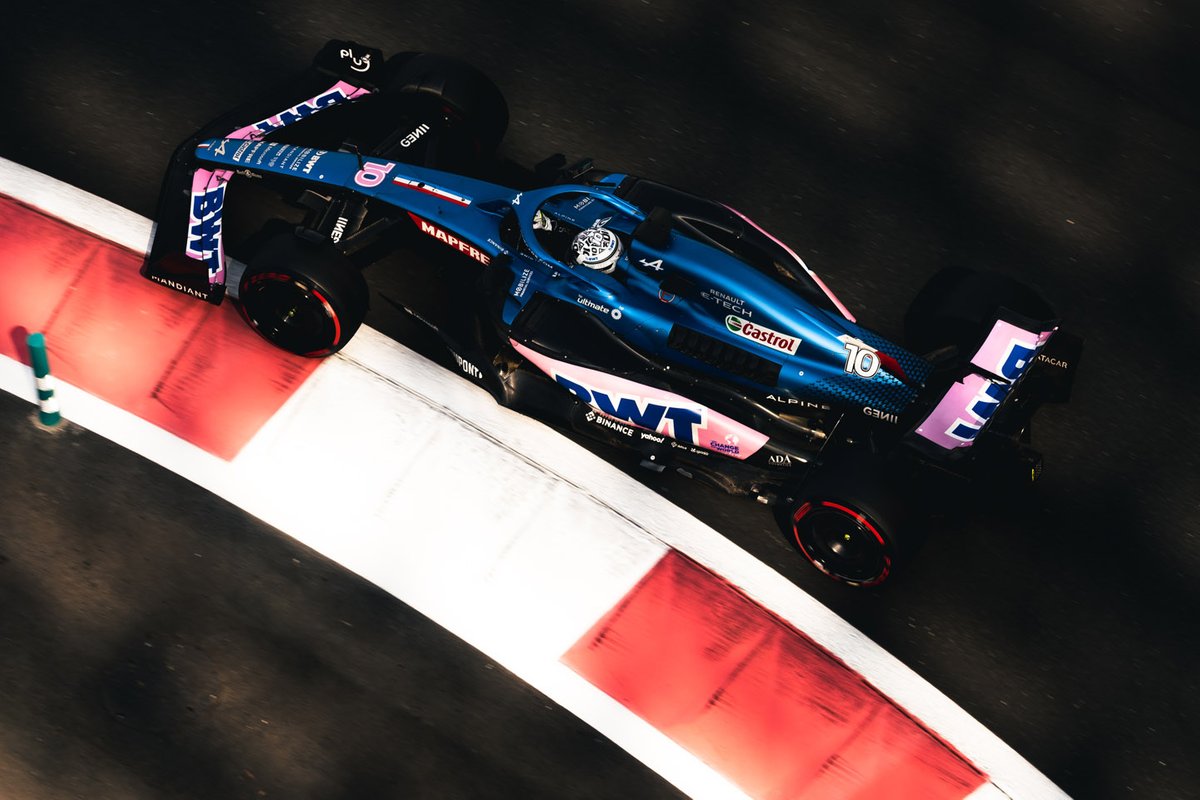 Gasly enjoyed his first run-out in an Alpine F1 car at the end-of-season test in Abu Dhabi last month, and said the potential he felt was “even better” than he had expected.

Gasly and Ocon will become team-mates despite previous off-track tensions, but both have been clear these have now been put in the past and they will be able to work together to move the team forward.

Asked if he found the attention around the previous tension with Gasly annoying, Ocon replied: “It is, because there’s really no huge drama.

“I understand you guys would like more drama, because you have some articles to write! But no, there is none of that.

“When we met with the bosses, we had a good chat for 10, 15 minutes, remembering also the young times that I posted on Instagram with my dad mounting tyres and us both six or seven years old.

“It’s an amazing story. We both come from a very near region, we were training on the same track. The first time Pierre jumped in a go-kart, it was my go-kart. It’s pretty amazing, pretty crazy.

“I think we have a great story to write altogether with this team."