Ongoing financial challenges and a change of ownership has prevented the circuit from hosting F1 grands prix since 2013.

But when Mirco Markfort took over as chief executive officer in March 2016, the venue began formulating a plan to entice F1 back.

Liberty Media is keen to retain European heartland races on the calendar, with the French Grand Prix returning this year for the first time since 2008.

The German Grand Prix is also back after a one-year hiatus, with Hockenheim playing host.

Markfort is keen for F1 to return to the Nurburgring, which had previously alternated with Hockenheim in holding the Germa GP.

He is believed to have met with F1 chief Chase Carey at the season-ending Abu Dhabi GP to discuss the possibility and talks have since continued.

"We really would appreciate to have Formula 1 back at the Nurburgring in 2019," Markfort told Autosport.

"This will only be possible if we take meaningful economic surrounding conditions into consideration.

"We are able to confirm that there had been conversations with the owner of the Formula 1, Liberty Media."

The Nurburgring has hosted 40 grands prix, the first of which took place in 1951 on its infamous Nordschleife layout. 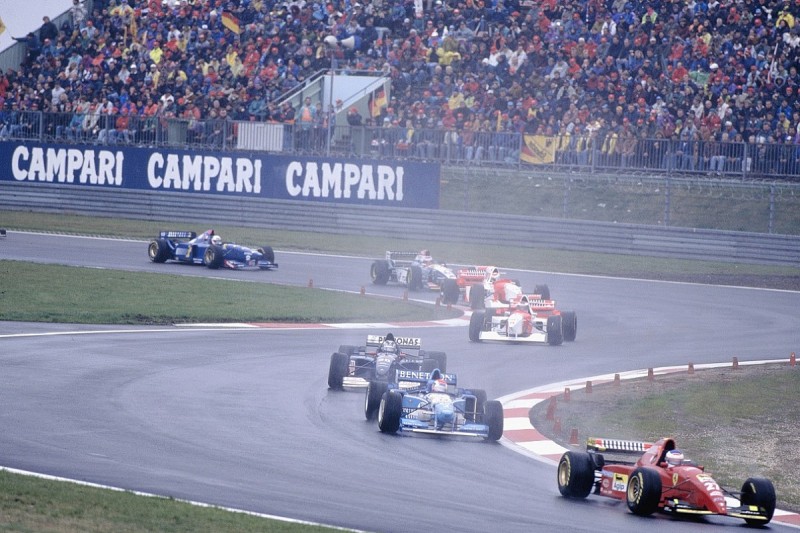 It lost its place on the calendar following Niki Lauda's fiery accident in 1976, but F1 returned on the shortened version of the track for 1984-85 and then again from 1995 as Michael Schumacher's successes caused F1's popularity to surge in Germany.

The Nurburgring faces stiff competition to secure a place on the calendar, with F1 commercial chief Sean Bratches saying last September he had received around 40 expressions of interest from potential venues over the course of the year.

It is believed Liberty's priority is to secure another race in the United States, with Las Vegas, New York or Miami its preferred options.