Lando Norris believes his close friend George Russell has had to adapt to the pressures of driving for a leading Formula 1 team in 2022.

So far in 2022 Russell has logged three third places with Mercedes, with his only non-finish coming in his home race at Silverstone.

Norris says that Russell has had to take a more serious approach at Mercedes compared to his three years at Williams, when he was very much seen as the underdog and the environment was less pressured.

"I think it was impressive before, but the job he's done against Lewis and so on, and just going to a bigger team, [where] there's always more pressure, more nerves, I think he's lived up to that part very well," said the McLaren driver.

"He's been super consistent and everything.

"So it's been impressive to see probably more that side of it, how he's always there, pretty much apart from I guess, Silverstone, that was the worst weekend he's had.

"I think it's more people change just because of the pressure and nerves of being in F1 and being with different teams, and the environment that you're in, I think that kind of affects people.

"Not for like a good reason or a bad reason. But I guess you feel a bit more free when you're in say, a team that struggles and does well, you always feel a bit more like 'I'm on top of things' and so on.

"And you want to look like that kind of guy, in a way. 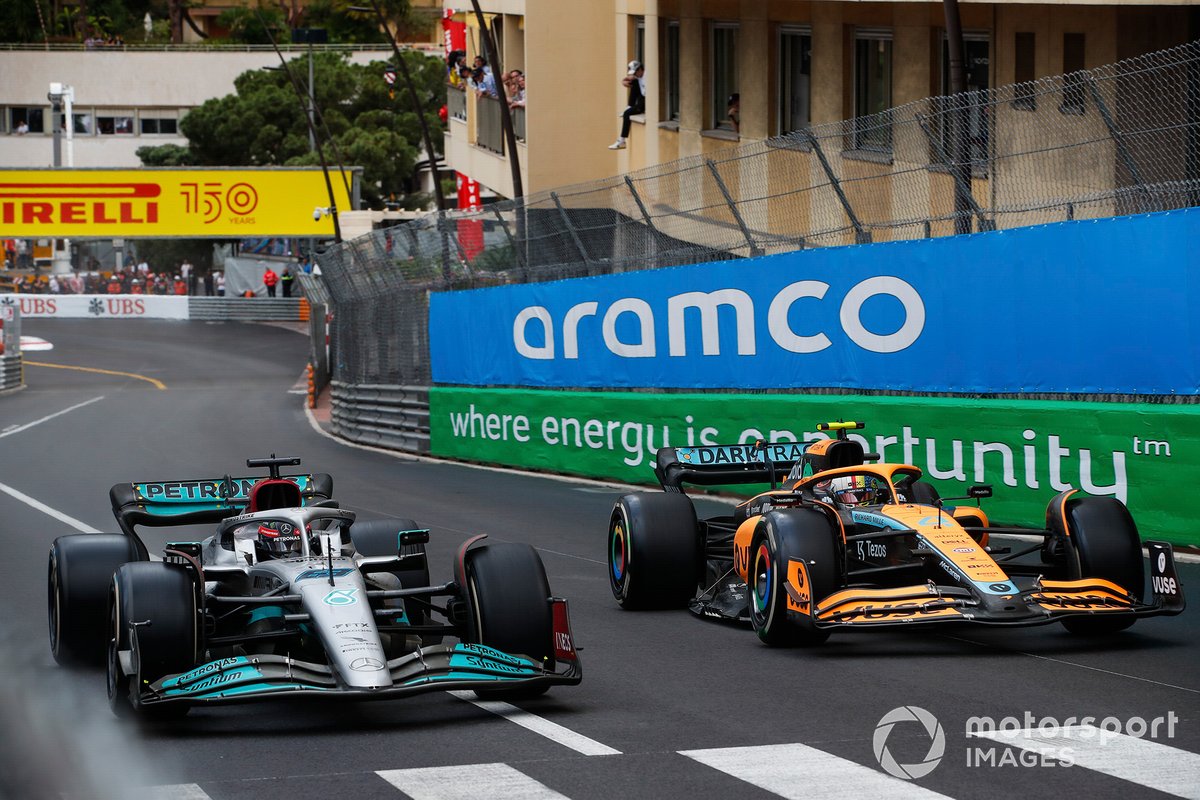 "And when you go to a bigger team, you don't ever want to feel like anyone can see that you make any mistakes, and therefore you feel like you want to act a bit more straightforward, a bit more proper, and don't want to joke around as much, things like that.

"So not someone changing, say purposely, but just because of the environment that you're in, it can affect the way people act and are portrayed I guess on cameras and TV and things like that."

Norris agreed that the situation was similar to the one he experienced at McLaren, where he made a conscious effort to have a more serious approach in his second season with the team in 2020.

"Exactly, the same thing. In a way a little bit different because I think that was more like my own choice.

"Like, I am the first guy I was in 2019, but I feel like I just got portrayed in too much of a bad way from acting like that.

"So it was more like my own choice, but also just coming into F1 and so on, I was probably even more like that in F2 and F3, but then suddenly all the cameras are on you and stuff, and you want to make sure you're acting properly."