McLaren driver Lando Norris says he no longer feels like “a passenger” in his Formula 1 car, overcoming his ongoing tonsillitis to qualify a superb fifth in Monaco.

Norris said that if he had been feeling 100% fit and had not made mistakes on his lap, he might have qualified even higher.

Speaking at length for the first time about his recent illness, Norris made it clear just how tough the Spanish GP weekend was for him as he battled to an eighth-place finish.

"It's been a long week, just because of suffering the amount I did last week with the tonsillitis and fever and everything,” Norris said when asked by Autosport about his health situation.

“And then racing with it just made it even worse than it ever needed to be. But it was something that had to be done, and I was so happy with with doing it.

“It just took a big toll on me physically, so I was struggling a lot Sunday night.

“I did everything I could possibly do, literally talking to no one, and whatever. I'm recovering.

“Throat-wise, I'm in a much better place, I can eat and drink now, which is already a good start - something I couldn't do last week.

"I didn't sleep at all last last week, so just catching up on that, it's not something which you can just catch up on in a couple of days. It takes time.” 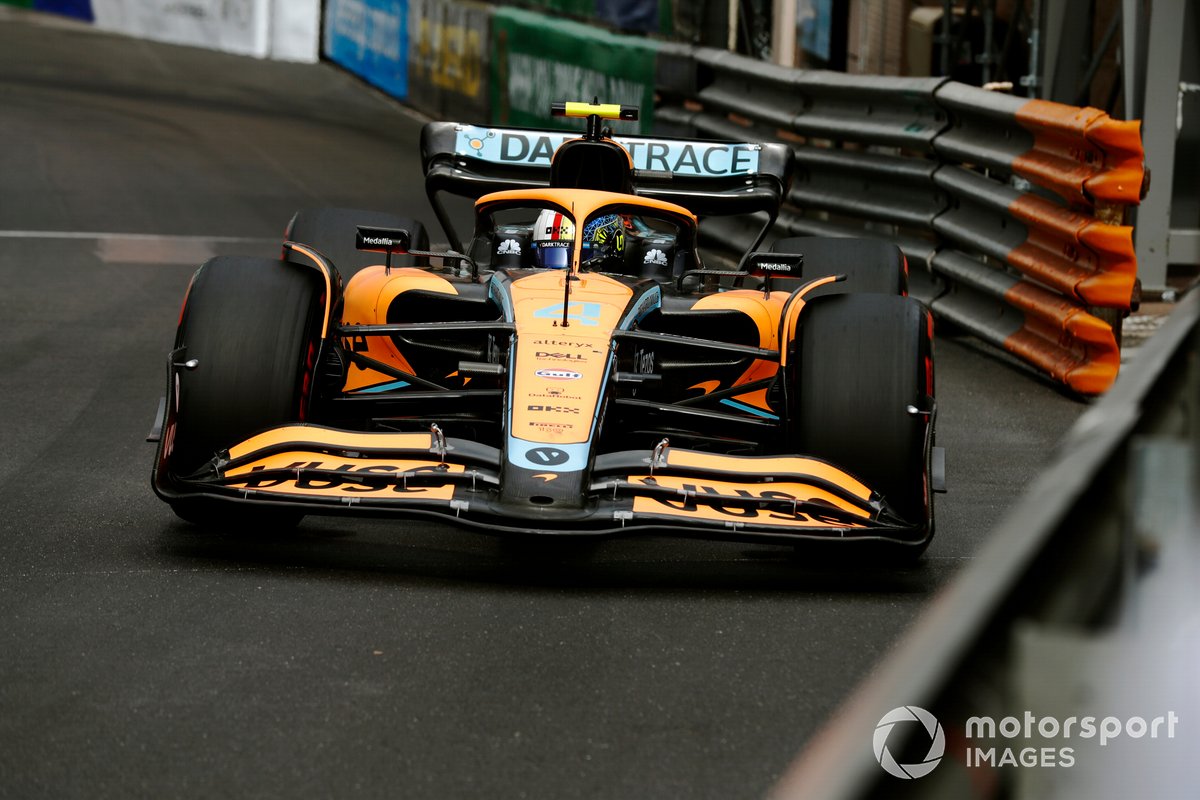 Norris stressed that while he’s felt better in Monaco this weekend, he’s still not fully recovered.

“But it's much better, I'm more confident that when I get in the car, I'm on top of things, rather than being almost a passenger.

"But this is tough, because I know especially here in Monaco, you need to be on top of everything. And it's where you want to be physically 100%.

“I know I'm quite a way off that still, even though I feel like I can do a good job.”

Elaborating on how much performance he might be missing, he said: “When I say I'm way off, I mean it can be a tenth, a tenth and a half.

“But if I talk today about a tenth and a half, and a couple of little mistakes that I made, then there's a chance that I could have been higher, kind of thing.

“So I think there's good confidence from within that if things are perfect things could have been even better today. But nevertheless, I'm just very happy with where I am, P5 is still a good result for us.

"Still a step to the guys ahead to just be consistently there, because we've been always two-three tenths off all weekend.

“P5 I'm happy with, my laps I was happy with, just some small mistakes here and there, which just let me down.

“But I want to put that more down to just my awareness and a couple of things that I'm still struggling with.” 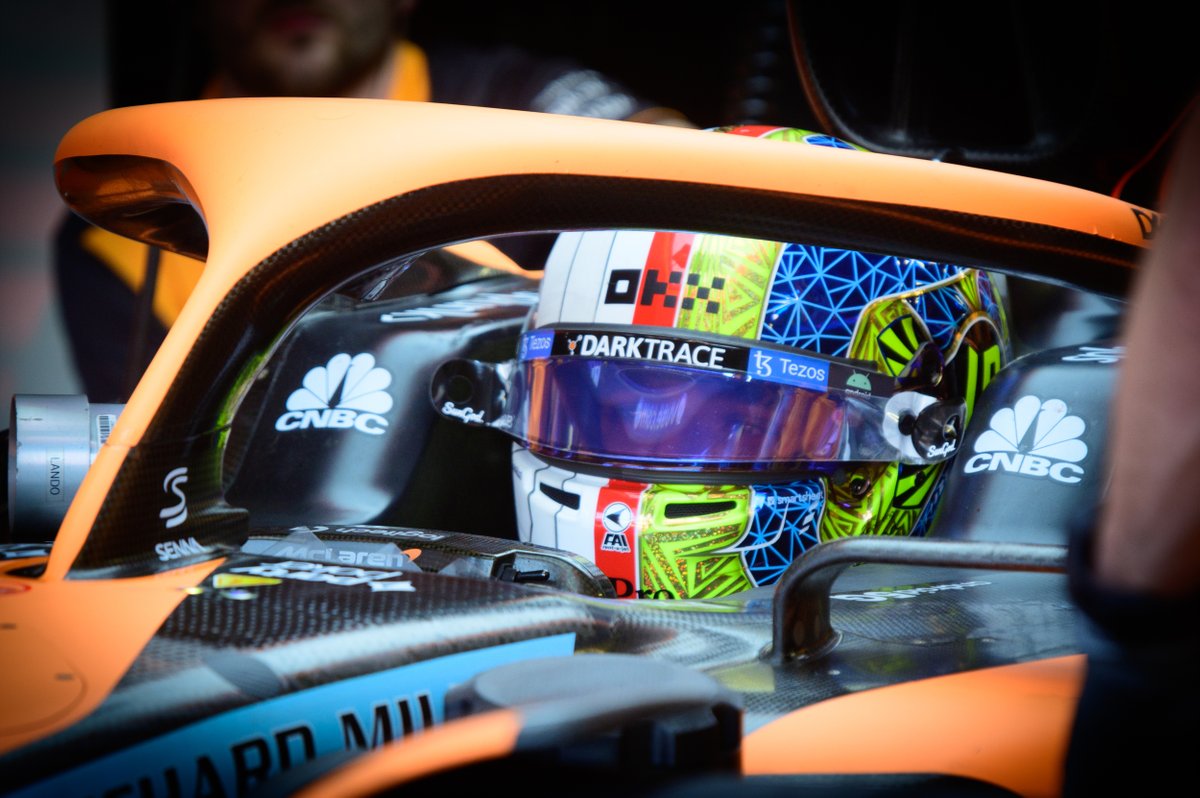 Asked if he’s considered stopping at points in Barcelona, Norris made the intriguing revelation that he doesn’t usually have a drinks bottle in his car, but did last weekend.

"There were there were certainly points, quite a few points,” he said. “I think one thing which really saved everything was it was the first time I used a drinks bottle in the car.

"I tried using one when it first came into F1 and I hated it, I'm not a fan of it at all. So I've never used one since, I don't even run with the bottle in the car.

“For the first time, we thought it'd be a good idea to try, and it really saved me, I think. By the end of the warm up lap before the start I had to have a few sips, because I was struggling already.

“But I just had to keep sipping, like every lap, which is not a nice thing, because it gets warm so quickly.

“I think without that I probably wouldn't have made it past three laps, two laps, honestly. So that was like my rate of decline in terms of physically and mentally how much I was struggling.

“But just a few sips a lap managed to really save me quite a bit.”

Norris says he was determined not to pull out of the Barcelona race.

“Of course it crossed my mind many times,” he added. 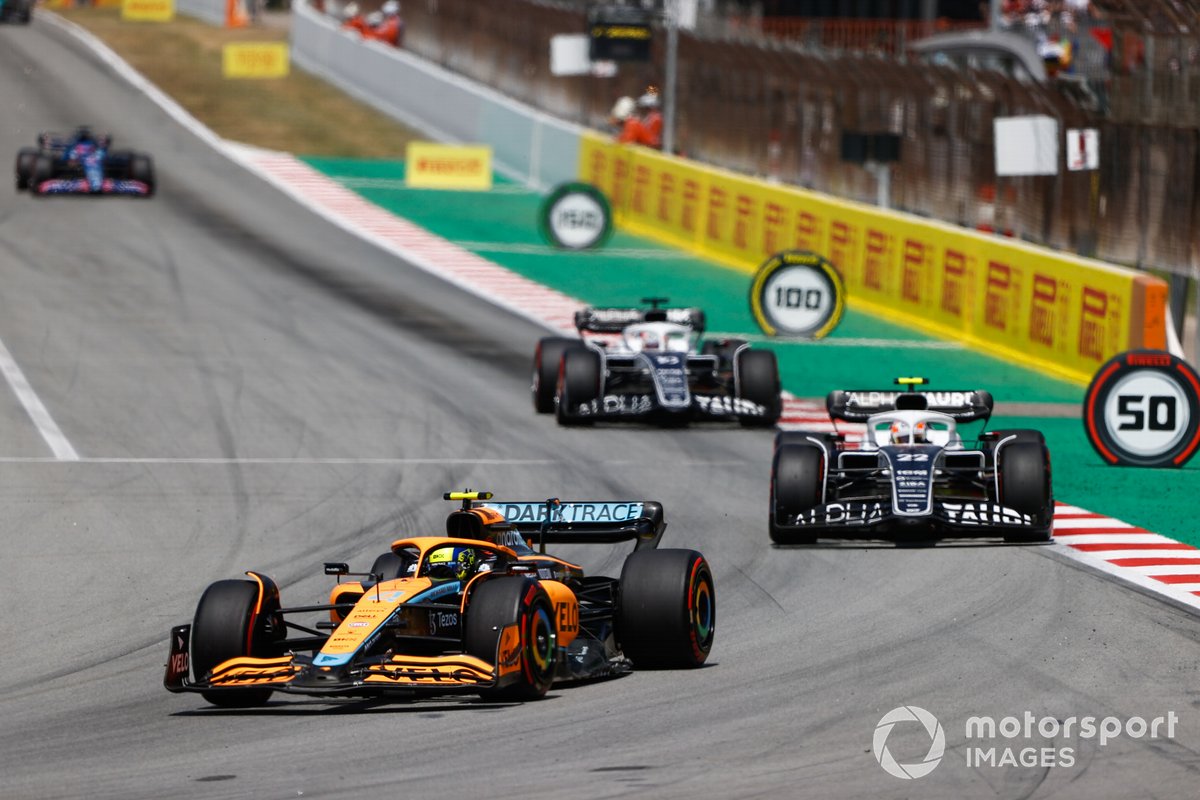 “It was something that had to be taken into consideration with how much I was struggling,

“But we were doing everything we could to make sure that I was in the best place possible, and I had to give it a try.

“I would have hated to have gone out, or finished the race weekend and not have tried at least to do a few laps.

“That's just not the mentality I would love to stick around with. It was crossed my mind many times, and decisions were made.

“But I think in the end of the day it was always the correct one, so I was happy.”