Pierre Gasly says mistakes are costing AlphaTauri “massively” at the moment after a strategic error led to a Q1 knockout in Monaco Formula 1 qualifying.

Gasly had placed inside the top 10 in all three practice sessions in Monaco, ending Saturday’s FP3 session fifth-fastest, but was eliminated in 17th place at the end of Q1.

A red flag with two minutes remaining in the session prompted a late flurry of lap times, but Gasly was sent out at the back of the queue and missed the line, taking the chequered flag and therefore preventing himself from improving his lap time.

It left the Frenchman visibly frustrated after the session, and he explained after qualifying that he felt “extremely disappointed” and that he “can’t put into words how I am feeling right now” after seeing an opportunity pass by.

“The whole weekend was so good, P5 this morning, P6 yesterday, every time I came out, I felt super good in the car, and I was just comfortable to put fast lap times in,” Gasly said.

“I just don’t understand some of the choices we are making, and obviously there is a bit of bad luck in there. It’s a mix of different circumstances, but at the end of the day, it was the same session for everyone.

“Basically, [I] didn’t have any representative lap time, and our mistakes are costing us massively. I’m very disappointed for everyone in the team.” 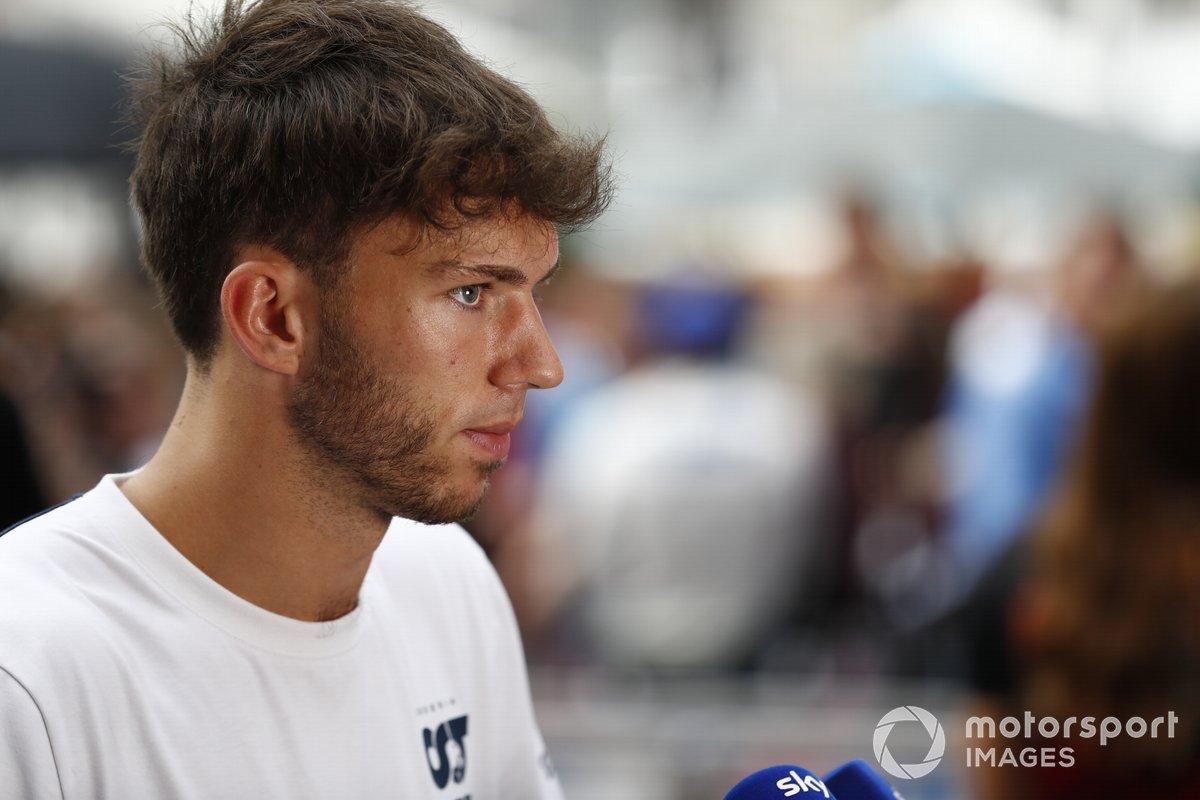 It was the latest setback for Gasly through a difficult run of races to start the season that has seen him score just six points, suffering a mix of bad luck and poor reliability.

Gasly was closely following AlphaTauri team-mate Yuki Tsunoda on-track in the closing stages of the session in Monaco, and "tried to go as close as I could without being right on his gearbox”, only to still miss the flag.

“There are a lot of things we need to review,” Gasly said. "I think the conclusion is we’re not doing a good enough job at the moment. We have a car to finish and qualify P5, P6, I just don’t understand how we end up in this position.

“We just need to do a better job. I’m so disappointed.”

Gasly stressed he meant both himself and the team needed to do a better job together, saying: “When we don’t do a good job, it’s not going to point them out, it’s just overall as a team, they try to do their best, I’m giving them my best.

“But at the moment, these things should not happen, and we need to do better.”