Lando Norris is “still not at 100%” as he continues to recover from tonsillitis, but McLaren has no concerns about his fitness for the Monaco Formula 1 race weekend.

Norris revealed on Saturday in Spain that he was struggling with illness, which was later confirmed to be tonsillitis by McLaren after seeing the Briton finish eighth on Sunday.

Norris had clearly been struggling on the grid ahead of the race in the extreme heat, and gave minimal radio calls during the race. He was then excused from his media duties after the chequered flag in order to recover.

The FIA granted Norris an exemption from Friday’s press conference in Monaco so McLaren could place full focus on ensuring he was in the best-possible shape for the start of practice.

Norris ended the session fifth-fastest, only trailing the Ferrari and Red Bull cars, and finishing one-tenth of a second clear of team-mate Daniel Ricciardo.

McLaren team principal Andreas Seidl explained on Friday that the team had been working hard to ensure Norris was as fit as possible for Monaco, and although he was still struggling, it was anticipated he would be fine to complete the rest of the race weekend.

“After the race in Barcelona, the most important thing was that we as a team gave him maximum time for recovery, which we did,” Seidl said when asked by Autosport about Norris’s condition.

“He obviously had great support also from our team doctor and from his team, his personal trainer as well, to make sure he is back at full energy today leaving the garage for the first session. That is what happened.

“He’s probably still not at 100%, but he’s doing quite a lot better already. I don’t expect any further issues now for the rest of the weekend.” 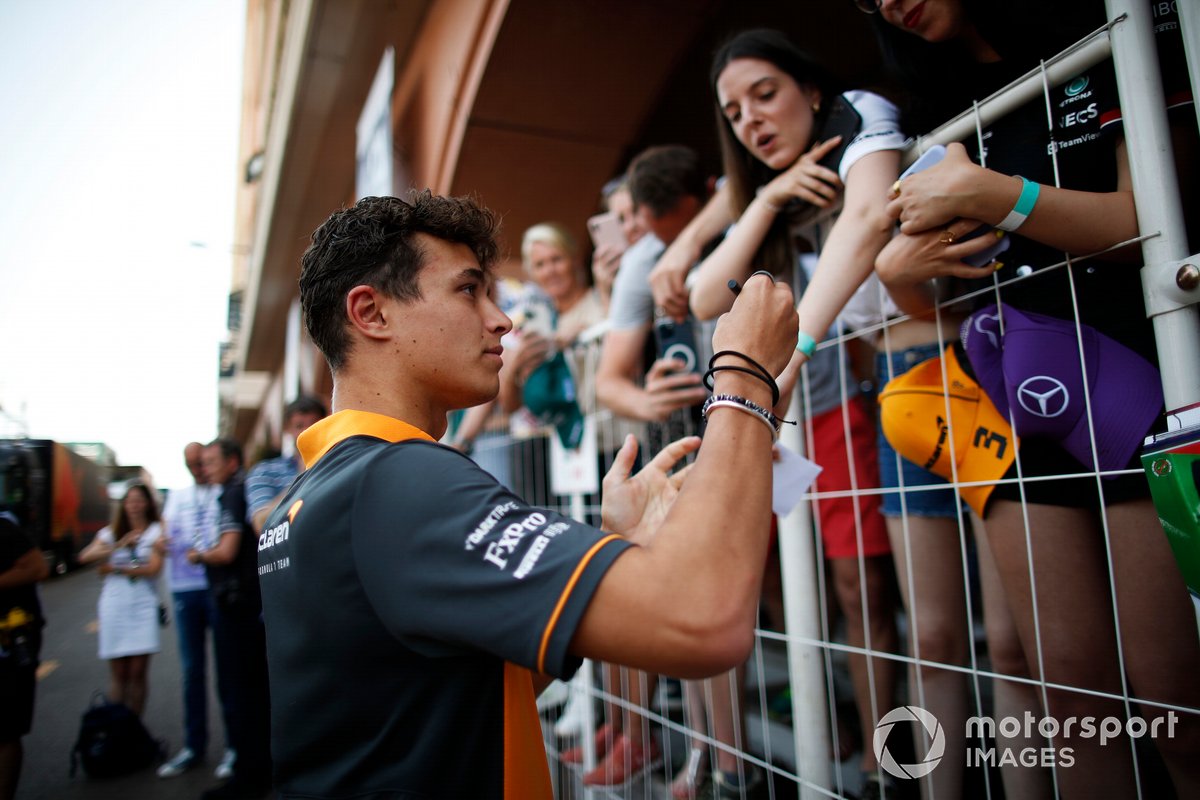 Lando Norris, McLaren MCL36 signs an autograph for a fan

Had Norris been unable to take part in Monaco, McLaren would have been able to call on Mercedes reserve drivers Nyck de Vries and Stoffel Vandoorne, as well as Alpine reserve Oscar Piastri as part of its agreements with other the respective teams.

“As always for every race weekend, we always have reserve drivers ready,” Seidl said.

“We have different agreements in place. Let’s say for the case that Lando wouldn’t have been fully fit, then yeah, we would have had a reserve driver ready.”

Seidl said that FP1 in Monaco had been “definitely one of our best free practice sessions so far this year”, reporting good feedback from both McLaren drivers.

“Both cars were working well, both drivers felt relatively comfortable in the car,” Seidl said.

“We didn’t have any issues. That’s what we are hoping for when you go into this special weekend here in Monaco, very important as well that everything stayed in one piece as well, given the spare part situation I think every team is in at the moment in Formula 1, under the new regulations as well, under the cap.

“At the same time, still early days, obviously. But a good start.”