Lando Norris felt frustrated not to finish the Formula 1 Austrian Grand Prix in second place after receiving a time penalty when defending a “stupid” move from Sergio Perez.

Norris started a career-best second on the grid in Austria on Sunday, but was hit with a five-second time penalty after the stewards adjudged that he forced Perez off-track early on.

Perez tried passing Norris around the outside of Turn 4 on lap four following an early safety car period, only to be squeezed out on the exit of the corner and end up in the gravel, dropping back as a result.

Norris was surprised when he was informed by his McLaren engineer of the penalty on team radio, saying: “What did the guy expect, going around the outside?”

Norris kept Lewis Hamilton behind him for 20 laps before being passed into Turn 4, and then lost third to Valtteri Bottas when he served his penalty in the pits.

But Norris reclaimed third place after passing Hamilton with 19 laps to go as the Mercedes driver struggled with rear damage, and crossed the line just two seconds behind Bottas in P2.

While it marked Norris’s fourth F1 podium finish, the McLaren driver was frustrated not to have taken second place as a result of the penalty. 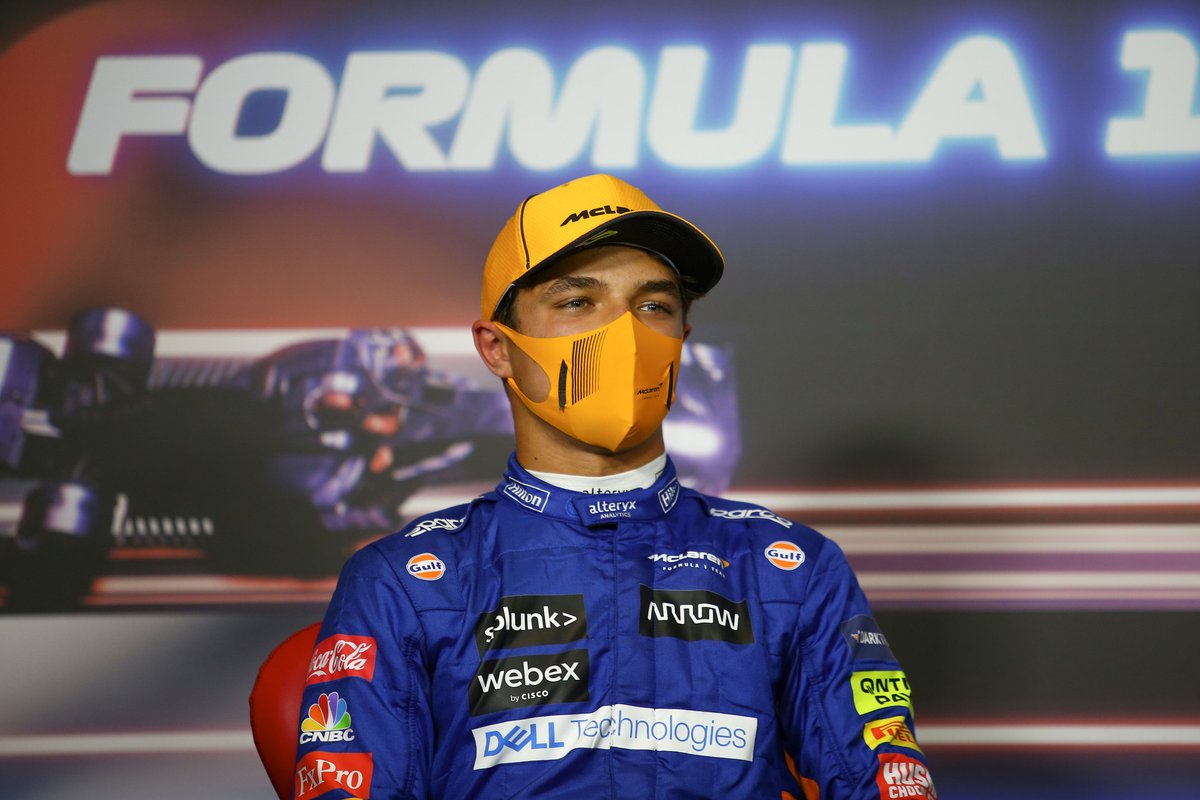 “It was exciting, but I'm disappointed, because we should have been in second place,” Norris said.

“I thought that lap one was just racing really. He tried to go around the outside, which is a bit stupid, and he ran off the track himself. I didn't even push him, so I don't know.

“I’m frustrated but also happy with P3. We had very good pace.”

Norris was given the call to try and attack Bottas in the closing stages, having gained time when Mercedes initially instructed the Finn not to race team-mate Hamilton in second before waving him past.

But Norris explained that it was always difficult to try and catch the Mercedes as he ran in dirty air behind.

“I think we had good pace, I could keep up with him a lot, even in the dirty air but not enough to get into the DRS,” Norris said.

“As soon as I got close to one second, I started struggling too much.

“It's nice to know that we can be there and we can race them, it's probably the first race in many years of actually racing a Mercedes and the Red Bull.

“But, yeah, hopefully we can keep it up next time.”