McLaren Formula 1 driver Lando Norris says that the FIA stewards should have a rethink after he received what he called an 'unfair' penalty in Baku.

Norris received a three-place grid drop and three penalty points on his licence after he failed to enter the pitlane when a red flag came out during Q1.

Norris was on the main straight and almost at the pit entrance when the session was stopped. He was heard asking the team if he should enter the pitlane, but by the time he decided to it was too late, and he passed the entrance. He completed an extra slow lap before returning to his garage.

In their decision the stewards acknowledged that Norris was close to the pit entry, and thus dropped the potential penalty from five places to three.

Norris said that he had no time to react, and was concerned that the pit entry might be blocked.

"In my opinion, I don't think I did anything wrong," explained Norris.

"I didn't have time to talk to my engineer and say, 'Should I abort, should I not?' I did everything I thought I should have done. But it sucks, because I guess in the end, there's a rule.

"Sometimes there's some more leniency to certain situations, when the driver has still done the best thing that's possible to do in that situation.

"So [I'm] a bit gutted because three places back is going to make our life a lot more difficult tomorrow. I don't feel like it's a fair decision. But it is what it is." 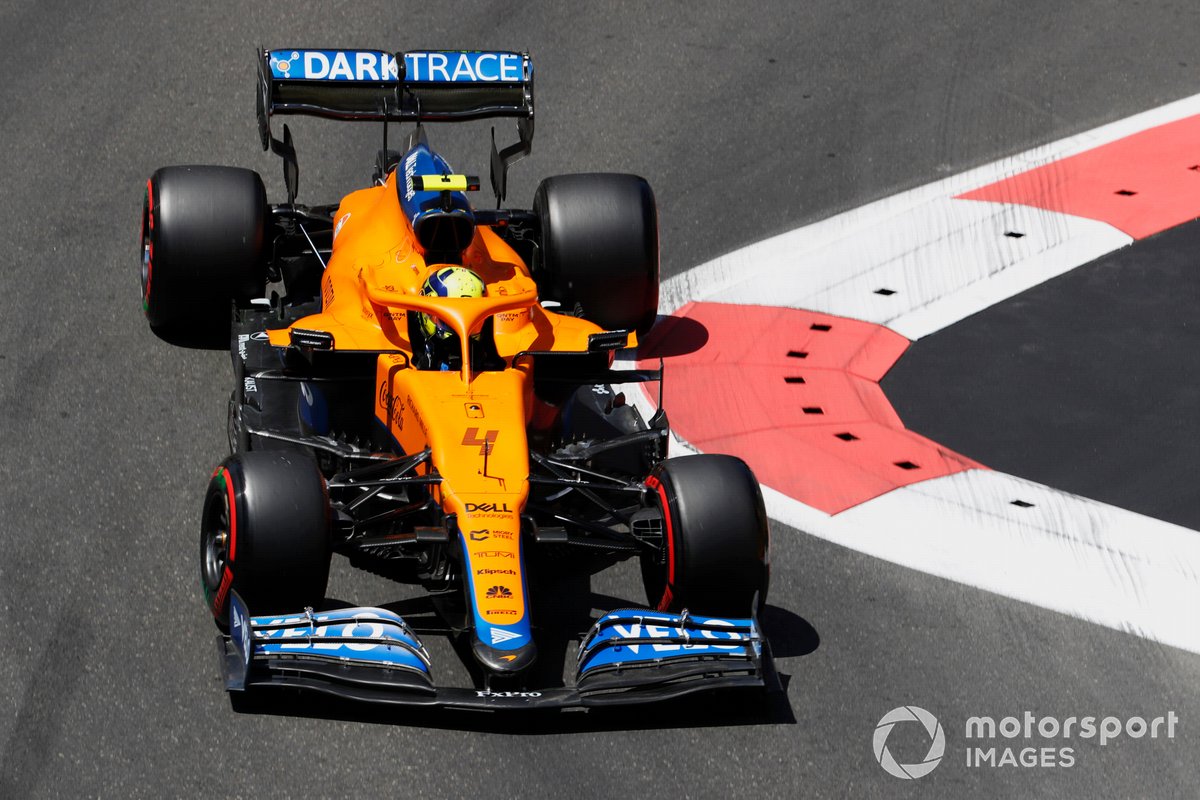 "For certain situations they should think what it's like to be in the driver's seat for a second," he said, "and what they have to react to at the speed they're doing, and the time you have to react to things, and so on.

"I think a reprimand or something is the right thing to do.

"But [also] to have a bit more understanding in some areas, and be able to overrule the actual ruling itself, and have a bit of a rethink on what's actually really fair for the driver, or the team, whatever went wrong.

"I didn't put anyone in harm's way. If anything, I took the safer option out of boxing or not boxing. And that makes it even worse, I don't deserve three points on my licence for this. I didn't do anything dangerous.

Asked if this weekend's FIA driver steward, ex-Arrows F1 driver Enrique Bernoldi, could have had more sympathy for his plight, Norris stressed that the situation was an unusual one.

"I guess sometimes it's hard to know when you experience that scenario, because what happened to me is quite a rare scenario, to be so far along near the pit lane, not knowing if the pitlane could be blocked or something like that with the speeds you are doing in Baku.

"There's just different scenarios for everything.

"And sometimes there can be a completely new scenario that's never happened before. But I don't know what he said."

How Hamilton recovered from his F1 practice ‘disaster’ in Baku