Lando Norris has been handed a three-place grid drop for the Azerbaijan Grand Prix, as the McLaren Formula 1 driver was adjudged to have contravened red flag regulations.

Norris, who qualified sixth, was placed under investigation during the opening qualifying session having been due to complete a timed lap - before Antonio Giovinazzi brought out the second red flag of the session.

As the red flags were flown just as Norris was within touching distance of the pit-lane entry, the British driver was given the call to come in - but felt it was too late to comply at the time.

Norris then had to circulate one more time around the Baku circuit before eventually coming in to pit under the red flag - which courted the attention of the FIA stewards.

The FIA considered Norris' and McLaren's testimony that the driver was unable to enter the pits at the time, but elected to hand him a three-place penalty - along with three penalty points on his license.

"The Stewards heard from the driver of Car 4 (Lando Norris) and team representatives and reviewed video and timing evidence," read the FIA's statement.

"NOR was just on the long start-finish-straight when red flags were displayed. Consequently, red lights were flashing on a panel on the left guardrail and on the car’s dashboard.

"During the hearing the driver admitted that he lifted the throttle, braked and was committed to and able to enter the pitlane. At that moment he was not sure what to do and asked his team over the radio. 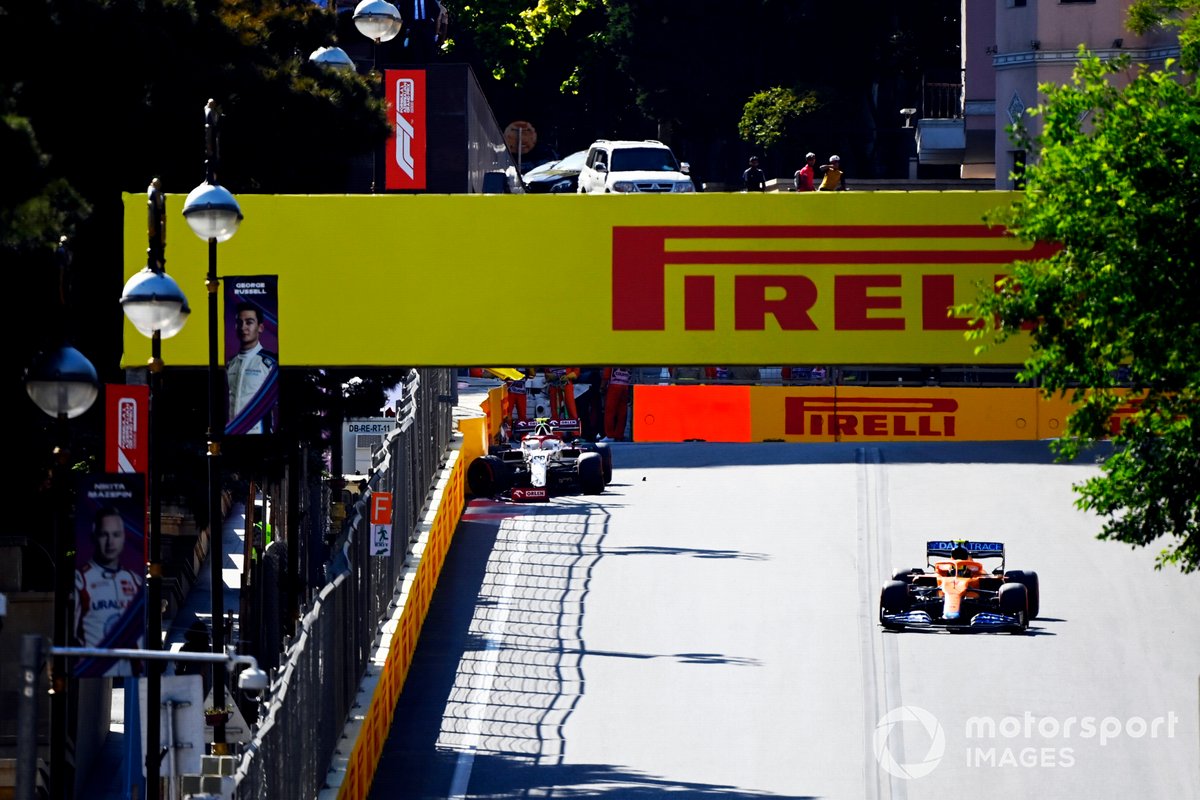 "Although the team ordered him immediately to enter the pits, it was too late and NOR crossed the finish line one more time. The Stewards assume that if a red flag is not respected during qualifying, a drop of five grid positions is appropriate.

"However, if you consider that the driver only had a very short time to react due to his position on the track, a drop of three grid positions is sufficient as an exception."

This means that Norris will start Sunday's race from ninth place, elevating Sergio Perez to sixth, Yuki Tsunoda to seventh and Fernando Alonso to eighth.

The addition of three penalty points to Norris' licence means that he has now accrued eight points within a 12-month period - with 12 points resulting in a one-race ban.

Norris said that he felt his decision "was exactly the safest thing to do" and explained that he believed "a reprimand or something is the right thing to do" rather than a penalty which he said was not "a fair decision".