Charles Leclerc has taken pole position for the Formula 1 Azerbaijan Grand Prix. Here's how and when you can watch the race.

Ferrari driver Leclerc claimed his second consecutive pole once again with the aid of red flags which ensured his Q3 benchmark could not be toppled by any late improvements.

The Monegasque pipped seven-time champion Lewis Hamilton by 0.232s on their first qualifying runs, and was assured of pole by a late crash involving Yuki Tsunoda's AlphaTauri and team-mate Carlos Sainz Jr at Turn 3.

But despite being critical of what he called "a shit lap", Leclerc stressed that he didn’t "feel like we’ve stolen this pole position" as he believed he had the pace to go even faster on his final aborted lap.

Hamilton was elated with second, describing it as a "monumental result" after a weekend of struggle for his Mercedes team, while championship leader Max Verstappen was frustrated to end up third after what he labelled a "stupid" qualifying that had been interrupted by three earlier red flags.

The Red Bull driver will share row two with AlphaTauri driver Pierre Gasly, who matched his best-ever qualifying position in F1, with Sainz doing enough for fifth before he was distracted by Tsunoda crashing ahead of him and spun into the wall in avoidance. 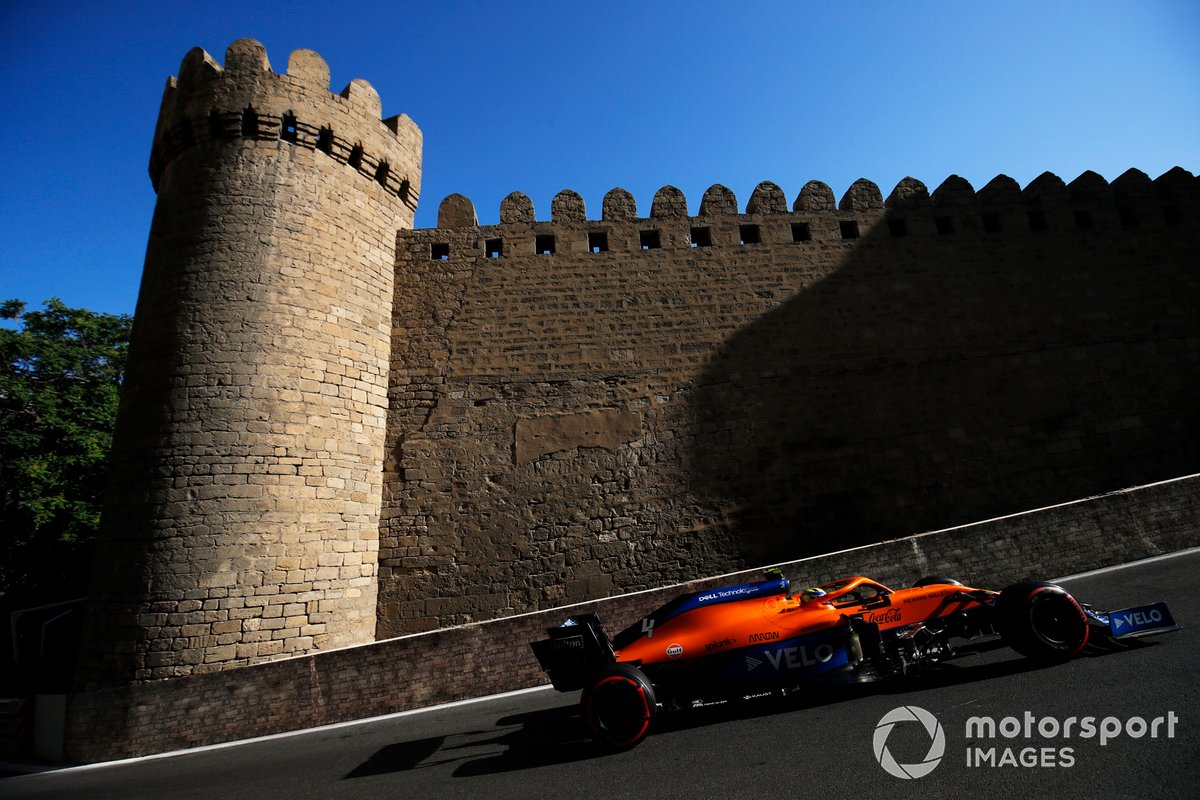 Valtteri Bottas struggled to tenth fastest time in the second Mercedes, having towed Hamilton around without the gesture being returned.

Fastest of the drivers to be eliminated in Q2 was Aston Martin's Sebastian Vettel, who will start 11th alongside Esteban Ocon (Alpine) after Daniel Ricciardo's late crash denied them the chance to bump Alonso out.

Ricciardo will start 13th ahead of Kimi Raikkonen and George Russell, who advanced to Q2 despite an engine change, while Q1 crashes for Lance Stroll and Antonio Giovinazzi mean they will start from the back row.

How can I watch the Azerbaijan GP?

In the United Kingdom, Sky Sports has exclusive live broadcasting rights of F1, with the Azerbaijan GP race shown live on Sky Sports F1. Pre-race coverage will be starting at 11:30am BST ahead of the race start at 1:00pm BST.

After the race Sky Sports F1’s live coverage continues to follow the post-race reaction from when the chequered flag is waved until 4:30pm BST.

Autosport is running a live text commentary for the Azerbaijan GP. 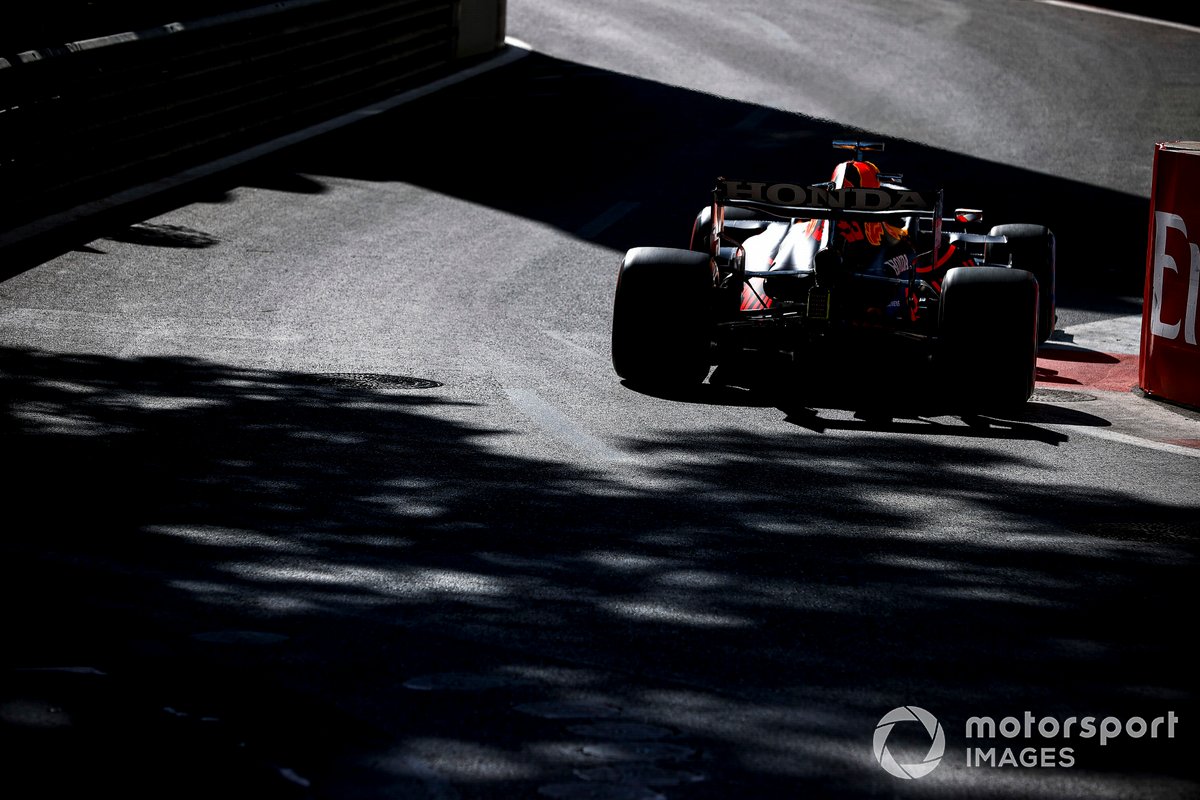 In the United Kingdom Channel 4 is broadcasting highlights of the Azerbaijan GP at 5:30pm BST on Sunday. The full programme will run for two-and-a-half hours, covering the pre-race, the race highlights and the initial post-race reaction to wrap up the major talking points of the race weekend.

Coverage of the Azerbaijan GP will start at 1:00pm BST on BBC Radio 5 Live, available online, on DAB radio and the BBC Sounds app. 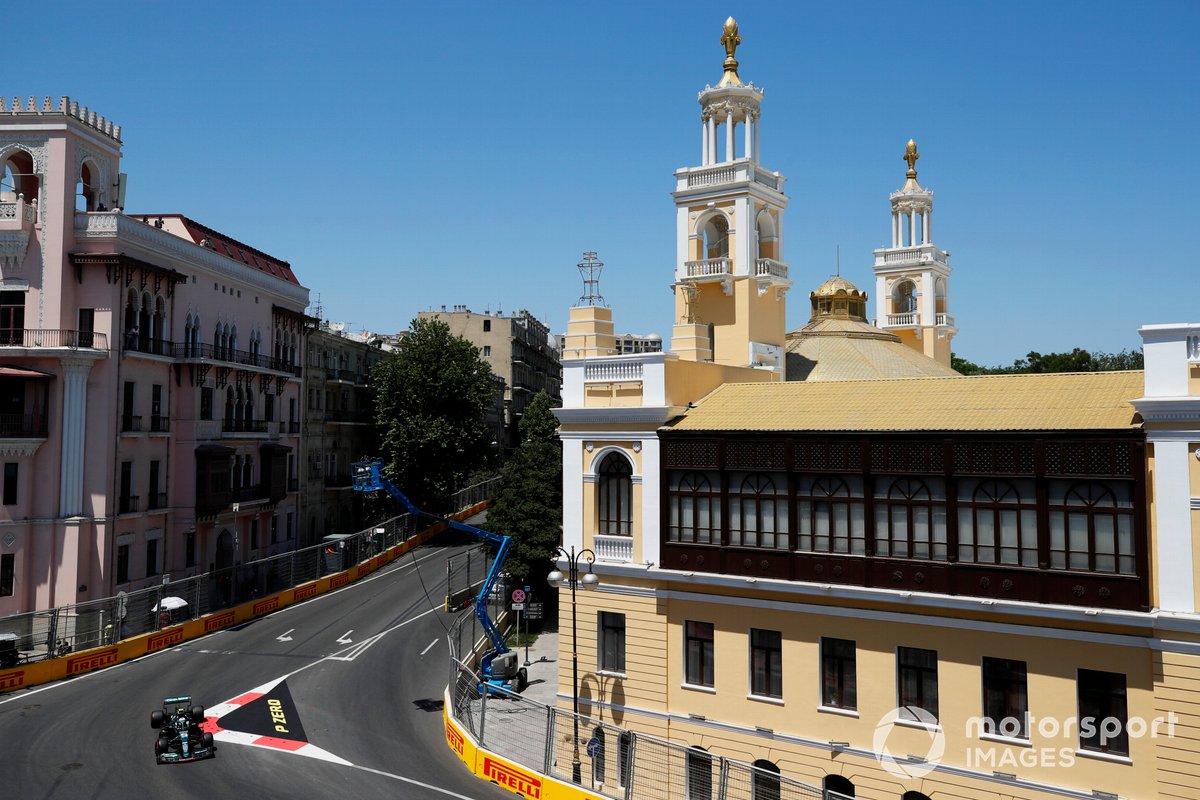 Weather forecast for the Azerbaijan GP

Current weather forecasts predict sunny and dry conditions, with a low possibility of rain but some strong winds on race day. The temperature is expected to be 23 degrees Celsius for the start of the race – about three degrees warmer than the Monaco GP.

How many laps is the Azerbaijan GP?

The race is scheduled to complete 51 laps of the Baku City Circuit, covering a total race distance of 306.049km.