Red Bull has only taken two podium finishes so far in a season where it had been tipped to return to championship form.

That has prompted Newey to increase his involvement in F1 again after a period in which he wound down his role in the team to focus on other projects including the Aston Martin hypercar and the America's Cup yacht race.

"I had stepped right back, but it became obvious that the car under a more delegated, or a committee way of operating, wasn't performing," Newey told Autosport.

"As a kind of a duty to the team, to try and bring things forward, I have been quite busy since the second test, getting back involved to see what I can do to help.

"It's not what I want to be doing long term, but I'm happy to be doing it for a period of time.

"I think what's clear is that my stepping back in a system of regulatory stability, then the system was working, but that kind of committee approach hasn't worked when we've had a big regulation change.

"So that's what we need to consider for the future."

Team principal Christian Horner argued that the system Red Bull had put in place had worked and was now just adapting to accommodate Newey again.

"The system is very similar, because he's still been feeding into that system," said Horner.

"I think communication across the departments is possibly what he's referring to.

"It's clear that everything evolves. Red Bull Racing has been an evolving organisation since day one." 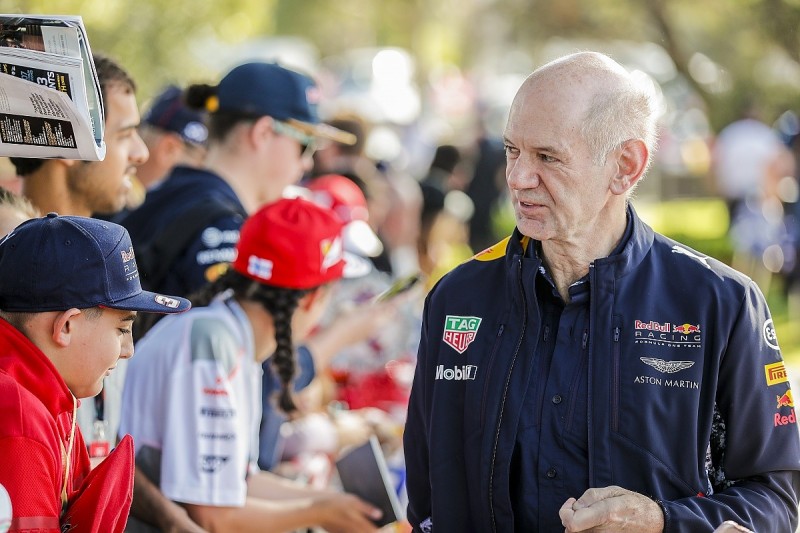 Horner admitted that Newey had ground to make up in his understanding of the 2017 regulations as he had not been fully involved at first.

"Perhaps he hasn't followed the regulation changes as he would have done previously," said Horner.

"So now he's trying to bring himself up to speed as well.

"He's had a huge involvement [in the 2017 design], and of course he's got so much knowledge and experience for the guys to be able to draw on, and for him to implement. It's an enormous asset for us."

Horner also defended the work of the rest of the Red Bull design team during the period when Newey's focus was elsewhere.

"The last couple of years, in particular the early part of last year, his involvement was significantly less," said Horner.

"The team did a great job with [2016 design] RB12 in developing it into a very competitive car."