The Mercedes driver clipped his fellow Finn Raikkonen into Turn 1, which sent the Ferrari into Verstappen's Red Bull and caused both to retire.

Bottas managed to continue after the incident, although a late engine failure meant he failed to finish as well.

Speaking ahead of this week's Monaco Grand Prix, Bottas admitted he had "definitely" learned from reviewing the accident.

"I could have done a better job," he said. "The braking point for Turn 1, I could have lost the reference being so close to Sebastian [Vettel] so I just wasn't really correct in the situation.

"Initially I braked a bit too early and then released the brakes.

"That created the opportunity for Kimi to try and come round the outside.

"Then I ran out of space inside and it was quite unfortunate, three cars side-by-side it can be tight.

"I think it was a racing incident but definitely I could personally have braked later."

Verstappen and Raikkonen blamed Bottas for the crash in the immediate aftermath and the Dutch driver reiterated that view in Monaco on Wednesday. 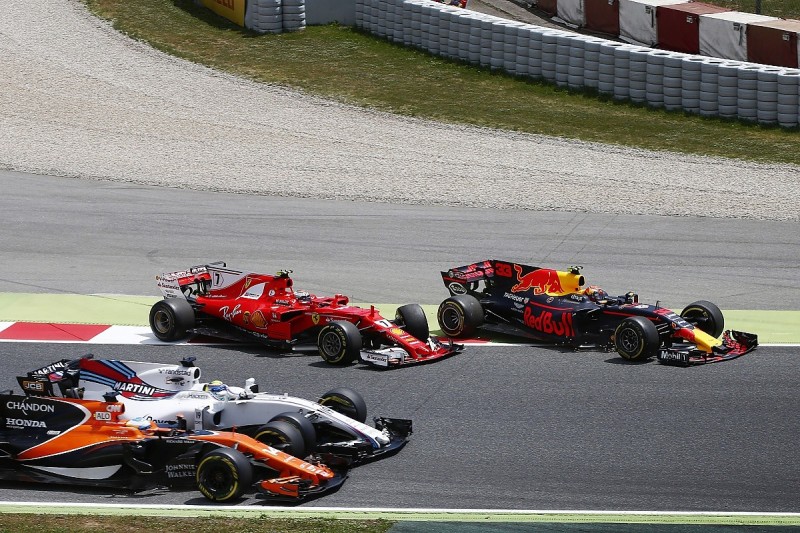 Verstappen described himself as a "passenger" in the collision but said he was banking on Bottas "not only backing out, but also not to touch anyone".

Asked by Autosport if his move around the outside was over-optimistic, Verstappen replied that it was "definitely doable".

"If you look from the top, I was definitely ahead," he said. "But then it's just unfortunate.

"It there were a few more centimetres of space between Valtteri and Kimi, we would've all gone through the corner, because it's wide enough over there.

"It's just a bit of an unlucky moment between three cars."