Felipe Nasr says he is still in talks with Sauber over a 2017 Formula 1 drive, despite Pascal Wehrlein moving into pole position to replace him

Sauber has already announced that Nasr's team-mate Marcus Ericsson will stay on for next F1 season, but has stopped short of announcing its second driver.

Though Nasr initially appeared set for a third year at the team, difficulties involving his primary sponsor Banco do Brasil have stalled discussions.

Autosport understands current Manor driver Wehrlein is now favourite for the other Sauber seat, but Nasr has not given up on keeping his drive.

"There are still negotiations going on, talks with Sauber mainly," he said.

"I have a great relationship with the team."

Nasr scored Sauber's first points of 2016 - lifting it above Manor in the battle for 10th in the constructors' championship - with ninth in the Brazilian Grand Prix a fortnight ago, a result he declared "felt like a victory" given the team's tough season. 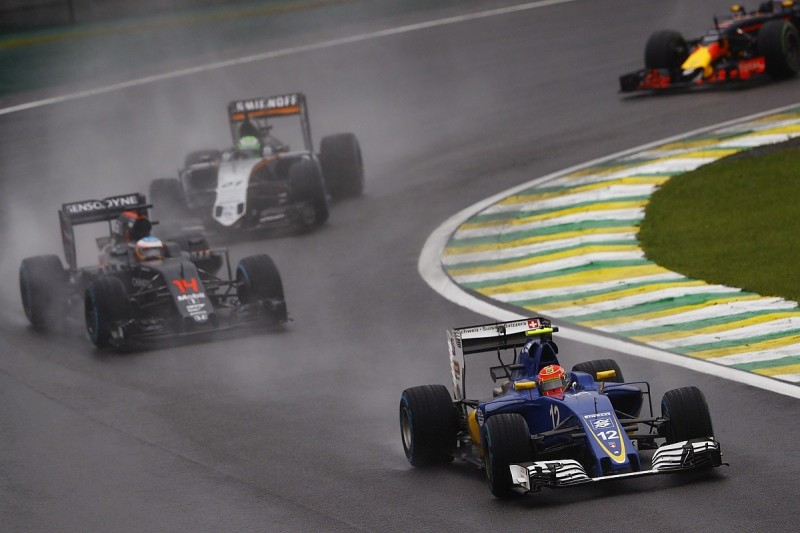 He is sure that has boosted his chances of a 2017 drive.

"I would expect that it does help for sure," Nasr said.

"If anything, what a racing driver can do is contribute to a team with points.

"I know these points are valuable, what they mean in the championship and the resources the team will make for 2017 so it's the best I could have given them."

He also feels the fact Sauber has seen him work in both a relatively competitive car in 2015 and in a tougher situation this year will help persuade the team.

"We saw the two sides of the coin - the first year I had in F1, I was able to achieve so much," said Nasr, who achieved fifth for Sauber in his first F1 start in Australia last season and followed it up with another five points finishes.

"The second one was such a difficult time, the car being uncompetitive.

"But it was nice that we were able to get those points in Brazil and I am sure that has given a boost to the team.

"The points mean a lot for myself and the team and hopefully we will know [about 2017] soon."