Kevin Magnussen will move from Renault to replace Gutierrez at Haas next season, with the Mexican's F1 future still uncertain.

Gutierrez has failed to score since returning to the F1 grid with Haas for 2016 following a season as a Ferrari reserve.

Asked to assess his outgoing team-mate, Grosjean replied: "I can tell you that Esteban is very fast in qualifying.

"There's no doubt about that. He's got a good pace over one lap, clearly. Much faster than a lot of people think.

"In the races, he's been struggling a bit this year. He didn't do any races last year.

"But for the team you need the two cars to score points, not in an equal manner as one day someone might have a bit of a lucky good result and the other one a little bit less.

"But you need for the constructors' championship to be able to score more points with the two cars."

Grosjean was sceptical about that theory. 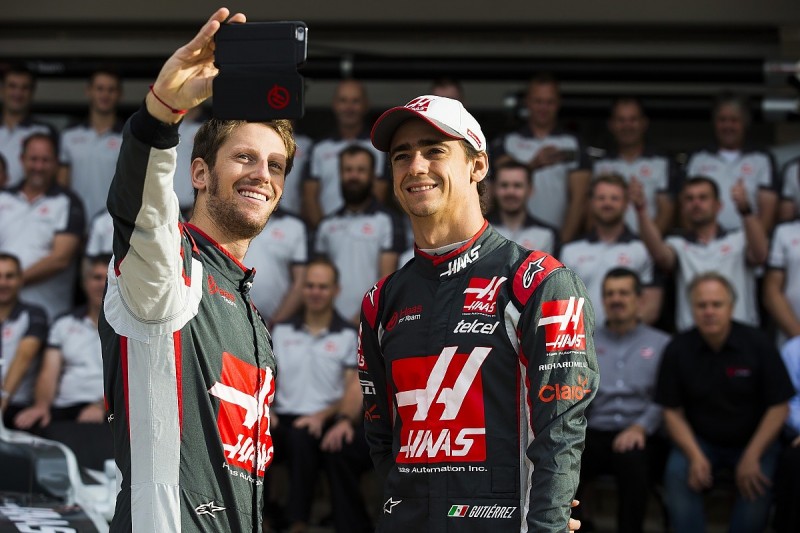 "Over 21 races, there are always some races where you'll be unlucky and some where you'll get lucky," he said. "It balances itself."

He believes Magnussen's battling race performances for Renault are what persuaded Haas to drop Gutierrez for him.

"He's shown that he's a racer, in Singapore and in Russia holding a position with a car that did not have the pace to be there," Grosjean said.

"That's what the team wants. He's a great driver so I'm looking forward to it."

HAAS TO EXPLAIN REASONING TO GUTIERREZ

Haas team principal Gunther Steiner has promised to explain the decision to Gutierrez in Abu Dhabi, in what he emphasised would be "quite a private discussion".

Gutierrez expects "a very open talk and a very honest" conversation and wants to "finish off with a good relationship".

He added: "They gave me an opportunity to drive for them in their first season and I feel very grateful to Gene [Haas] and to Gunther.

"We all made a great effort even though it was a very tough season."

Gutierrez said he was "working very hard, day and night" on 2017 options.

"My focus is to stay in Formula 1 at the moment, but I'm open and flexible " he said.

"The situation has gone a lot in the wrong direction for my career.

"I'm not blaming anyone, I take responsibility for my own situation and I'm working very hard to make the best package for my career and my future."