The NASCAR team owner has put himself forward as a prospective new F1 entrant after the FIA elected to open up the field to newcomers from the start of next year.

It is understood that the American outfit is up against a Romanian-backed effort - although it is possible that both teams could be granted an entry if the FIA thinks they are both financially viable.

Speaking at the weekend, Haas said that talks with the FIA had progressed well and, although a final decision on the team selection has been delayed, he does not think it will take much longer for the situation to be sorted.

"They [the FIA] said they were going to have a decision by [last] Friday," said Haas. "They notified us on Friday that, no, they were just one part of that decision-making process, that the decision making process would come later.

"They didn't give us an exact date, but hopefully it will be in another week or two, maybe even longer.

"From what I've learned talking to other people, this is fairly normal. There are lots of dates they have. They don't really make a decision until they're sure what they want the decision to be."

FIA ASKING 'A LOT OF QUESTIONS' 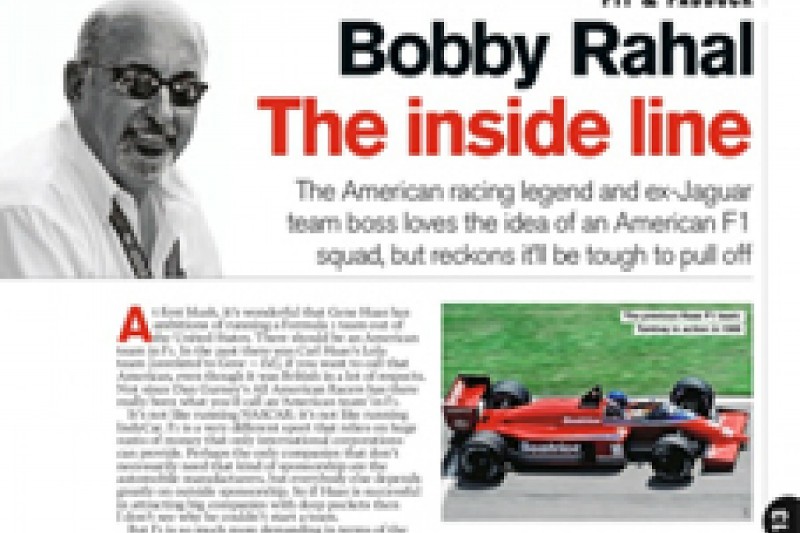 Haas revealed that the selection process with the FIA had been pretty intense - as it was clear motor racing's governing body wanted to ensure that any new team arriving in F1 could succeed.

The latest meeting between Haas and the FIA took place in Geneva after the recent Daytona 500.

"They wanted to meet with us. It was about an hour and a half meeting where they asked us a lot of questions about how we intend to do this, how do we intend to pay for it, what are the logistics of how you're going to do this," he said.