My job in F1: Master of podium ceremonies Alexandre Molina

In the latest of Autosport's My Job in F1 series, we speak to Alexandre Molina, the man who can often be seen on TV screens masterminding podium ceremonies

The moment a victorious driver gets out of their car in parc ferme at the end of a Formula 1 race is a time of pure emotion.

But, as well as celebrating with their assembled team members, there are important procedures that need to be carried out.

On the TV pictures, there's one man who can often be seen ushering the drivers towards the podium: Alexandre Molina, the master of ceremonies and a man who has been working in F1 since 1997.

Most of the time I work for Formula One Management, but the podium part of my job is an FIA role, so I do it under the FIA superlicence. It means that for those 10 minutes I work for the FIA. 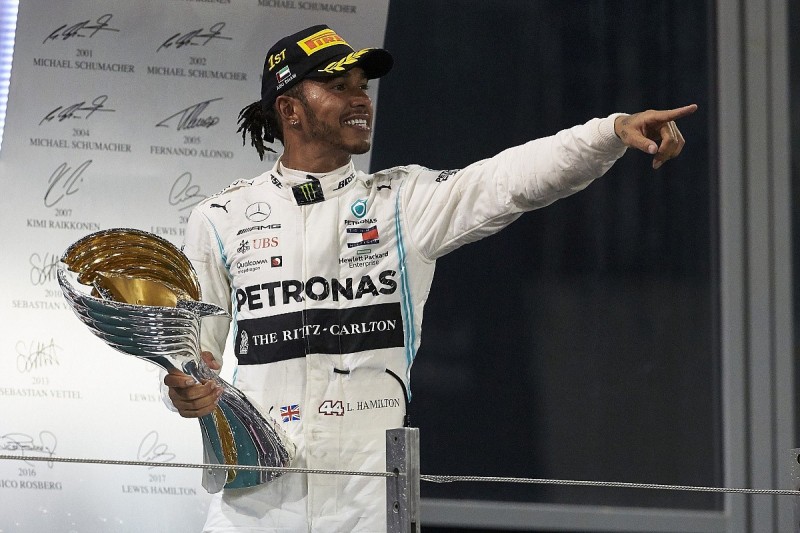 Busy, between two jobs. If we just talk about the podium part, my schedule is mainly focused on Sunday. Before that, I have to establish what is happening on that Sunday. So first of all we try to understand which dignitaries are going to present the trophies on the podium.

I go to the organisers of the event, and we look together to who is coming to the event. Obviously, sometimes there are last minute changes, so we need to adapt. But at some point we have to make a decision. After that I just make sure it goes the way it was approved, and that everyone is there to present the trophies. Plus ensure that the trophies themselves are matching to what we have agreed.

You always have to make sure everything stays within the protocol. I do all the support races before Formula 1 as well. It's a good practice for everybody. It is not a one-person job, we have a team, and we have to make sure everybody knows what they have to do. Even though it's always the same procedure, we have to double-check everything is right.

There are two parts. First, there is a protocol. There is a sporting side of the ceremony, which includes a trophy presentation and national anthem. This part is very regulated.

Then there is a show, which is champagne, music and all that. For me, one of the most important things is to try to keep those two things separated. I need to be sure the protocol is followed, and once the sporting side is finished, drivers can have fun. That is one of the things they also have to understand.

Timing is very important. The trophy presentation is something you really don't want to be interrupted. When drivers arrive at parc ferme, an FIA representative grabs them and brings them to the weight procedure. After that they go straight to the back of the podium, where I meet them, and from there they go to the podium itself. 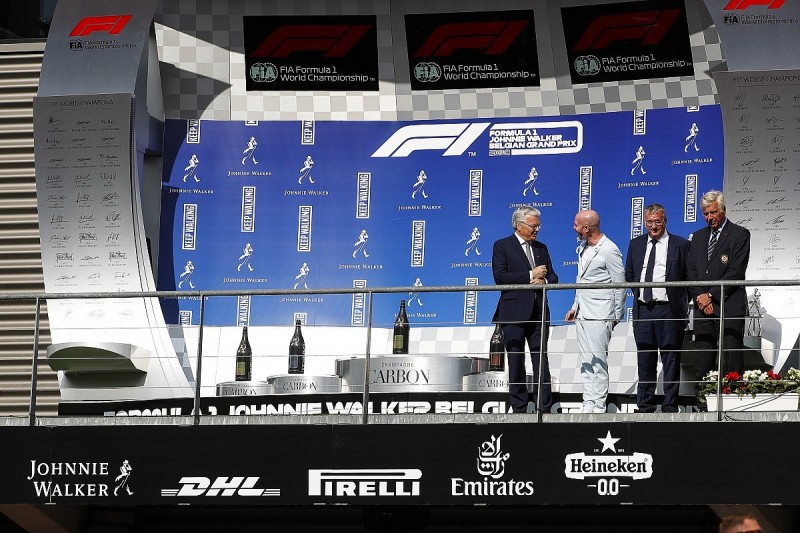 First is the protocol. As I said before, guidelines for the sporting side are very strict. Everything in F1 is about rules. We have to make sure everyone follows them. I always brief the dignitaries. I explain to them what they are going to do, how they are going to do it, when we play the national anthem and when it's time to present trophies.

Three months before each race we need to get all the trophies' proposals, and then we go through the approval process. The trophy needs to be prestigious, you want drivers and teams to be proud of them

Obviously, for most of them it's a first time up there. They are in the spotlight, so they need to have the confidence of knowing what they are going to do. It's pretty simple, but we need to make sure nothing goes wrong. I'm there to help them. There are always marks where they should stand. I tell them where they need to go and so on.

The second thing is my tie. It is also very important. And then of course I need a team behind me.

There are operational people, who are setting up everything; TV people, who are obviously directing everything from the TV perspective; and there are sporting people, like in race control. I need to make sure that if there is a last minute change that I'm aware of it. I have the radio and I'm always in direct contact with all parties involved. 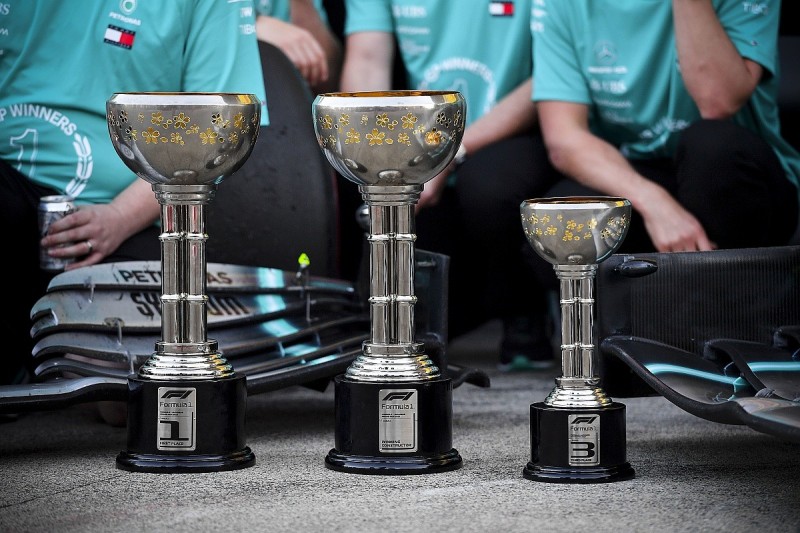 I work on preparation for the next events. Three months before each race we need to get all the trophy proposals, and then we go through the approval process. We want the trophies to match our guidelines. It's very important. The trophy needs to be prestigious, you want drivers and teams to be proud of them. So we need to make sure they are always at the level we want them to be.

I always say it is team work, so if I do my job well, it should not be a problem to replace me. The next person should just pick the protocol up and be able to follow it. So I'm just the visible part of a long chain.

I started working here in 1997 and I've done the podium ceremonies since China 2009. For me, Formula 1 is all about precision and attention to detail. It is like that for the teams, and it is like that for me as well when I'm doing my job. 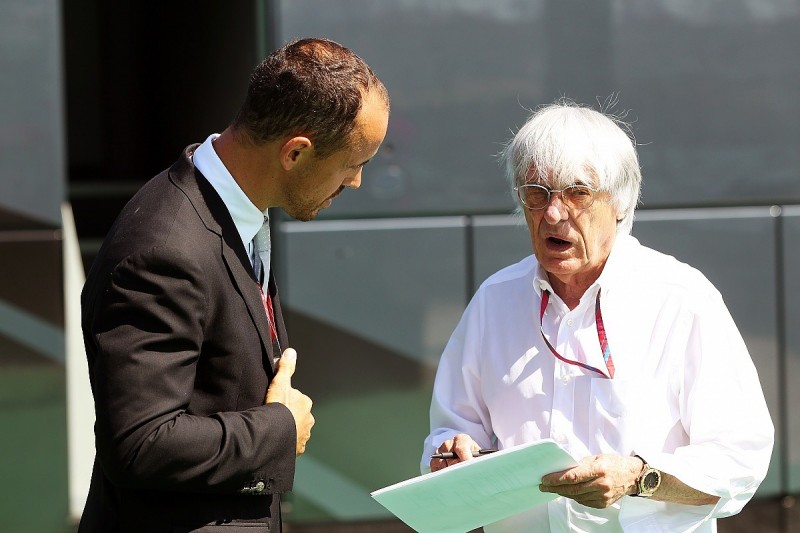 Is It Just Me Podcast: Was elimination qualifying such a bad idea?