In the latest instalment of a new series delving into the work of those behind-the-scenes figures in the Formula 1 paddock, we meet Mathijs Notten, a cameraman for Ziggo Sport - the Dutch TV network which broadcasts F1

There are numerous people working in F1 who you will never see on TV but are essential for the show.

In the latest instalment of the My Job in F1 series, we join someone who is definitely never on TV - simply because he operates the camera that films it all.

Mathijs Notten is a cameraman for Dutch network Ziggo Sport.

I'm the cameraman for Ziggo Sport. I do half of the races and my colleague Wouter Kooistra does the other half. We alternate more or less.

Everything the Dutch TV viewer sees at home that isn't part of the official FOM feed, comes from us. We shoot the interviews with the drivers and all the footage you see in the news round-up, which is shown during the pre-race show for example.

We mostly work in the paddock and the pit lane. On Sunday we are allowed on the grid as well, which is great fun, of course. That's the moment everybody is working towards for the whole weekend.

I shoot how Max Verstappen arrives on the grid and leaves his car, after which we always have a short interview with him before the race starts. That's always quite an exciting moment. 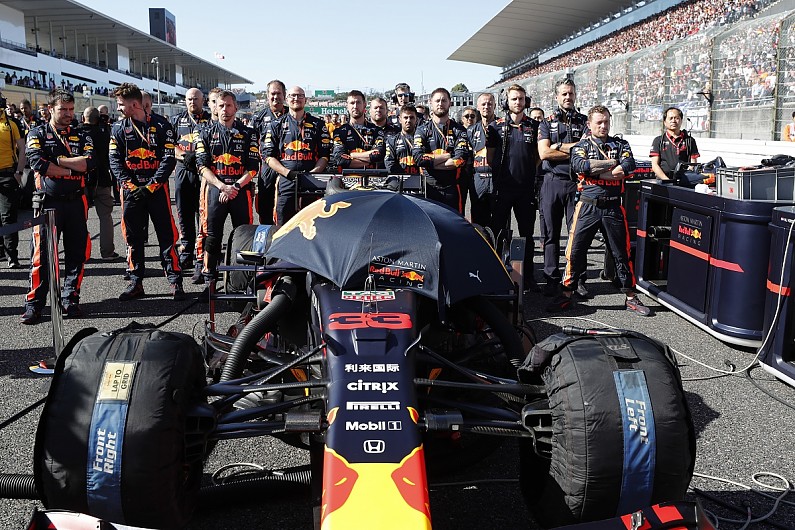 For a couple of years we have a live connection with the Netherlands, so I can hear what's going on in the studio in Holland and can hear a producer counting down. And then we are live from the grid for a couple of minutes.

It can get very hectic on the grid. You have the cars rolling by, the mechanics working on the cars and there are lot of other TV crews around as well. So I have to keep a close eye on Jack Plooij, our reporter.

On Sunday we are allowed on the grid as well, which is great fun, of course. That's the moment everybody is working towards for the whole weekend

I started doing this job in 2007. I worked for the Dutch channel RTL for a couple of years. Then the TV rights for the Netherlands went to Sport1 and I wasn't here for three years, because for various reasons they didn't bring a cameraman to the races. But that all changed a couple of years ago.

On Thursday, the drivers have a little bit more time so we can do the longer interviews on that day. It means we can talk to someone with no other press around and it's just us for five or six minutes. On Thursday there's also the official press conference, where we are allowed to shoot.

During the free practice sessions on Friday we collect the extra footage we need for our different items.

When we have a Daniel Ricciardo interview for example, you don't want to see him sitting down and talking to us the whole time. You also want to see him walking down the paddock, chatting to people, giving signatures and making selfies with fans.

Every morning we have a meeting and we discuss what kind of footage we need to film that day. We make a kind of grocery list of shots we need. For example, it could be a new front wing or a new steering wheel for the news round-up. During the day you have to be alert that you shoot all these things.

FP3 on Saturday morning is the last chance I have to shoot the things we need, because during qualifying and the race we are not allowed to go into the pit lane.

During qualifying we are waiting at the media pen for the eliminated drivers to come and tell their story.

This footage goes to the Netherlands live. Back in the day everything was recorded on discs so you needed to run back to the TV compound to send everything to the studio. But now the camera has a transmitter, which saves us a lot of running! 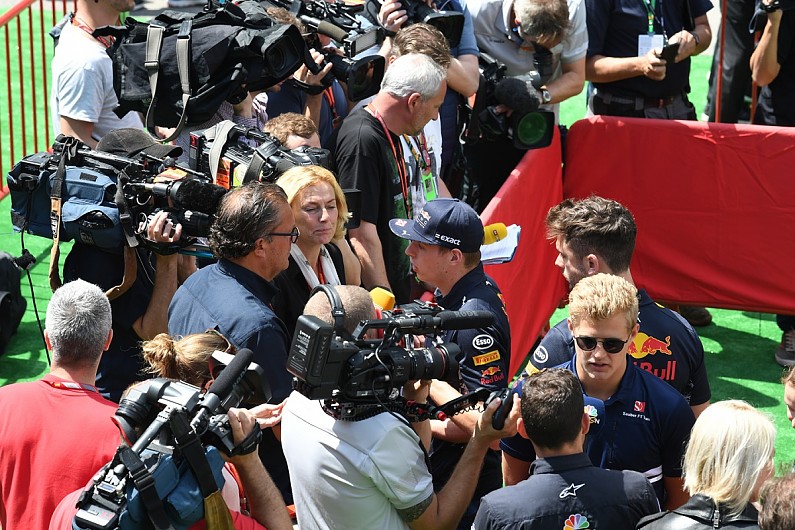 Sunday is, of course, race day. When the race is at 3.10 pm, we arrive at the track around 8 or 9 am. One hour before the race begins, the Dutch pre-race show starts and we have couple of moments when we are live from the track like when we are on the grid.

It can get a bit frantic at times with some pushing and shoving. But you have the TV crews that are always there, who always give each other enough space.

So when Lewis Hamilton goes to the media pen in the paddock, he always goes to the British broadcasters first. Sebastian Vettel always talks to the German ones first. That's the normal procedure, I think. Max Verstappen always comes to us first and then his PR leads him around the rest of the media pen.

There can be a lot of waiting involved during a grand prix weekend but there are also some peak moments when a lot happens in a very short period of time.

After FP2 for instance, all the teams have press calls behind their garages. But these are never held right after each other, these are always more or less at the same time. So you have to run to McLaren and after you've done them, you have to run to Racing Point, where you might be the last in line.

And then you have to decide if you want to wait or if you already want to run to the next team on your list to be one of the first. And then, after that, there might be nothing at all for half an hour or so.

Most important thing in our job...

That the image is sharp, the light is good, the sound is good and the overall picture looks nice.

Furthermore it's important that you work well together with the other people in your crew. You have breakfast in the morning together, you work all day at the track together, and in the evening you have dinner together.

You are stuck to each other all day, so it's important that you can have a little bit of fun together as well while you're at it. 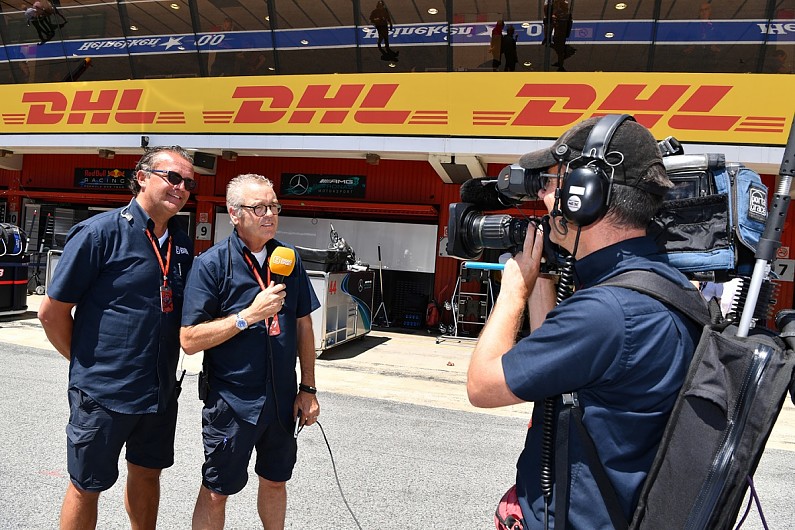 My camera set, my radio and my laptop. The camera I need to be able to shoot everything, of course.

The radio we use to communicate with each other. 'I'm at McLaren now, can you come down here?' Or: 'We have to be at Max in five. Can you can make that?' Those kind of messages. And the laptop I need for editing purposes.

That would be our commentator Olav Mol and our pit reporter Jack Plooij. But the fun thing about this job is that over the years you get to know the other TV crews that are travelling to all the races as well.

We have a very good relationship with the people from Hungary and Finland, for example. At the TV compound there is also a Dutch guy who does all the technical stuff for RTL Germany. We always have coffee together. So it's almost like a family.

I do camera work in the Netherlands for different TV programs. I work for a company that supplies camera crews to TV networks, so my work can be quite versatile.

One day I could be shooting a hidden camera show, the next day I could be filming a news item in front of a courthouse, and the day after that I could be at the airport shooting the arrival of a couple of pandas!

Every now and then I do studio work as well, but 90 percent of my job is on location.

Well, maybe not without me specifically, but without a cameraman there would be no self-produced items in the Dutch F1 programs. 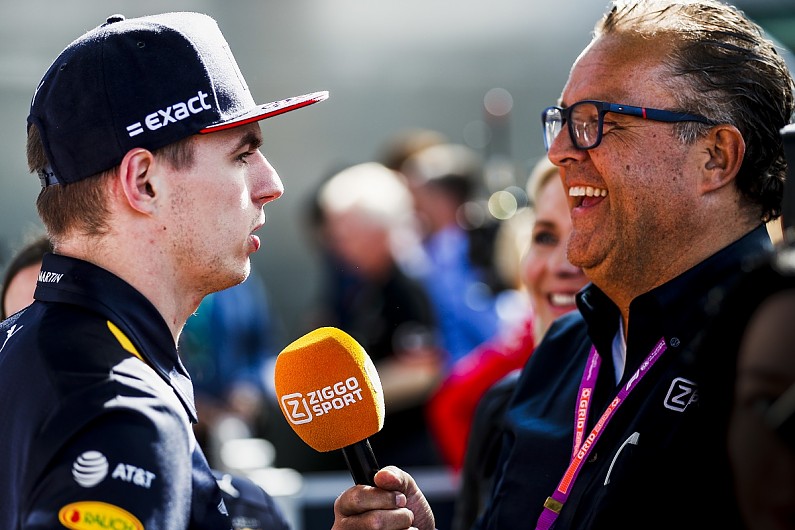 Of course you have the official FOM feed, but without me or my colleague Wouter, there would be no interviews in Dutch with Max Verstappen, and the Dutch viewers wouldn't get the longer interviews with the other drivers and team principals.

A very fun job. I must admit that when I started doing this, I didn't have any particular interest in F1. It was by coincidence - a colleague of mine quit - that I ended up here.

Before that I wasn't like: I want to go and work in F1 no matter what.

And a nice bonus is that we have a Dutch driver now who is capable of running at the front of the pack.

We had a couple of Dutch F1 drivers before, but they were running in the mid-field or at the back. But now we actually have someone who can fight for victory and maybe even for the championship.

It's quite special to be able to witness all this from up close. 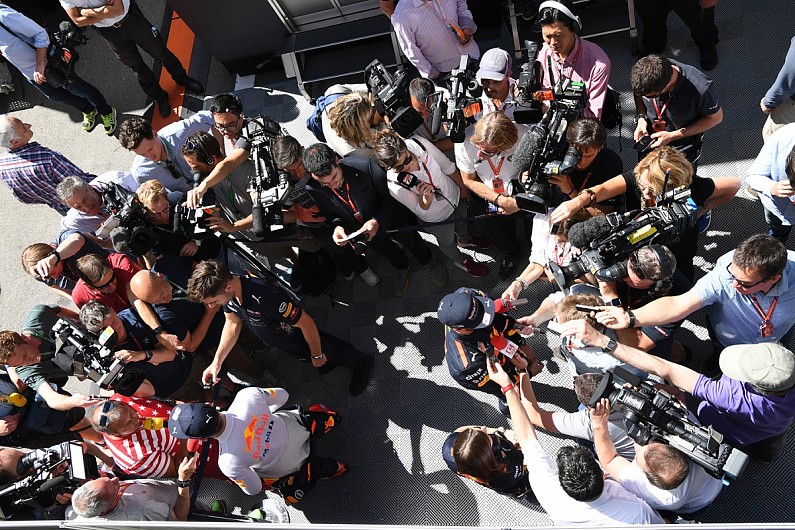