Bottas, who crashed exiting Turn 1 in Q3, has been unable to match the pace of polesitting team-mate Lewis Hamilton throughout the Melbourne weekend so far.

The Finn is expected to start 15th after Mercedes confirmed his gearbox would need replacing.

Wolff insisted he has faith in his driver, even though he accepted that the qualifying incident would not have been good for his confidence.

"This is a moment where you could start to question yourself," said Wolff.

"This in race one is not good for the psychology of the drivers.

"We're trying to give him all the support we can, and obviously it's very early days for our team championship.

"Starting P15 in Melbourne is obviously not an easy starting position."

When asked what he could do to help support Bottas, Wolff said: "Just show understanding for the situation, and not on the contrary increase the pressure." 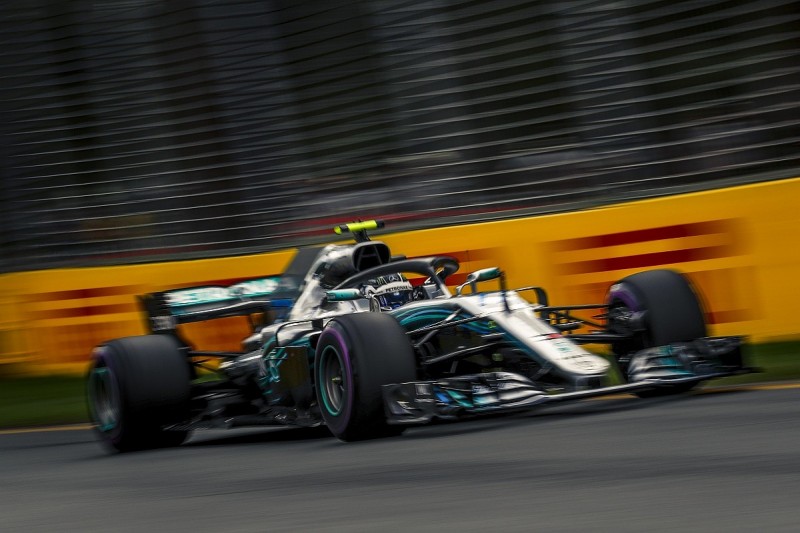 Wolff's emotions when he saw Bottas crash were captured on television, but he said he was expressing disappointment for his driver.

"My reaction with the F word was probably about the psychological effect it could have on Valtteri," said Wolff.

"Lewis was faster throughout the session and then in the last run before that, he [Bottas] put sector two and especially sector three together, and he had a purple sector three.

"He lacked in sector one. And you know where you need to gain time, you carry enough speed into Turn 1, the grip is not there and you shunt it into the wall."

Bottas said he was not too dejected about what had happened, and would not let the situation get to him.

"Honestly it's not too bad," he said. "Of course initially it was very disappointing but I'm already looking forward to the race.

"I accept it's one mistake and it can happen anywhere. Sometimes you get away with it, this time I didn't.

"Everybody makes mistakes so there's no big word inside my head. I'm just looking forward to tomorrow.

"In the next qualifying I'll go flat out again and take risks."