Pierre Gasly said he was "too greedy" on his final lap in Formula 1 Australian Grand Prix qualifying, as a mistake consigned him to last on the grid

The Toro Rosso driver locked up and went off at the Turn 3 right-hander on his final attempt in the opening part of qualifying, which left him 20th.

A dejected Gasly believed the mistake denied him a much better result, and said he was two tenths up on team-mate Brendon Hartley before the error.

"It was looking great," Gasly said.

"The first run wasn't that clean but second run was coming good, up to Turn 3 I think I was two tenths up on Brendon's lap, it would've put is in the mix for Q2 and that's where I think we should've been.

"The potential was there to be in Q2, so I'm really disappointed.

"I have been too greedy and in the end it cost us a lot of places, so [it's a] big shame."

Asked to explain the error, he said: "[I was] just trying to brake slightly later, five metres later than the first run, just locked up and when I tried to turn it just went straight.

"It's not much but I just pushed over the limit and in the end it cost us massively.

"I didn't do any [mistakes] this year so far and I do one in fucking qualifying, first qualifying of the year.

Hartley qualified 16th and was "frustrated" to miss out on a Q2 spot by 0.029 seconds, and felt he had lost time at the first corner.

"I just braked a bit early, underestimated the evolution in grip and threw away two tenths on the inside kerb," Hartley said.

"The rest of the lap was pretty clean to be honest - everyone will have a similar story." 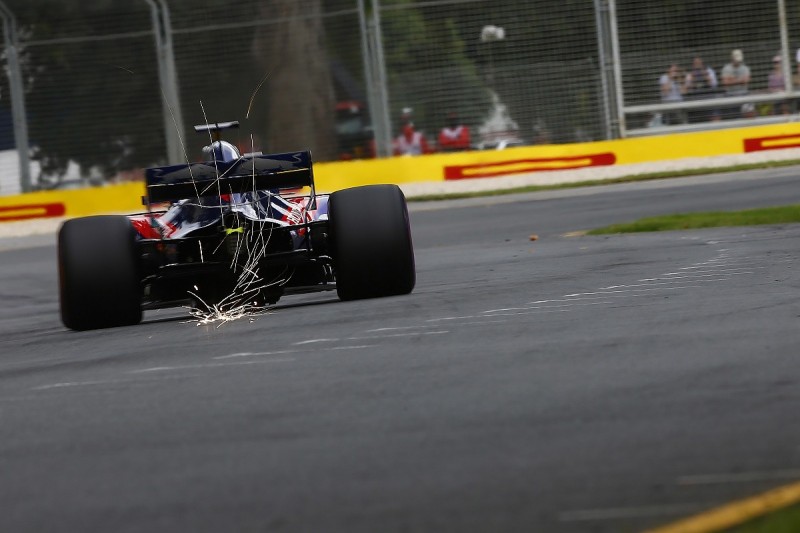 Both Toro Rosso drivers attempted only two runs in Q1 as part of an "aggressive" approach.

Hartley reckoned that using an extra set of tyres would have all but assured progression, but added "Hindsight's always brilliant, and one tenth quicker by me and we wouldn't be having the discussion".

And despite both drivers' early exits, Hartley insisted the STR13 was "definitely good enough" to make the second part of qualifying.

"I would say that it's encouraging that with one or two tenths we could have been three or four places up and just on the cusp of that top 10 position," he said.

"On the other side, it's just a little bit frustrating to be P16 and not get a chance to fight in Q2.

"It's an encouraging start, but 16th is kind of the worst place to be."