Russell and Bottas were running first and second when a crash for Jack Aitken left debris on the track at the exit of the last corner, and triggered a safety car.

Both Mercedes drivers were called into the pits in essence to give them fresh tyres for the restart, thus protecting them from any cars behind that pitted and fitted new rubber.

Russell had a normal pitstop and exited safely, but after the stacked-up Bottas drove forward into the box and before he left the mechanics realised that the Russell's tyres had been fitted at the front.

The stop was aborted and the hard tyres which Bottas had been using were fitted to the car again.

Russell had left with the front tyres of Bottas on his car, and he was then told that he had an incorrect tyres fitted, and he came into the pits in the next lap for a fresh set, before rejoining the safety car queue. 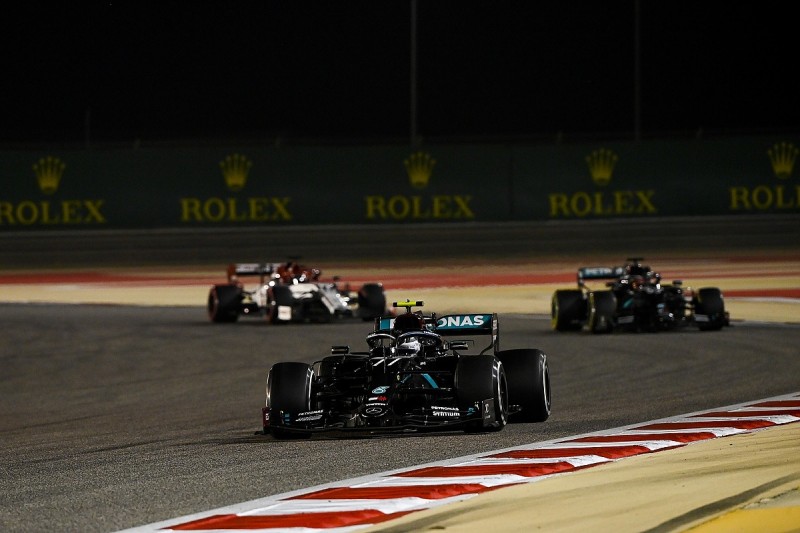 Russell eventually finished ninth, having been delayed further by a late puncture.

"After the race the FIA noted: "When car number 63 pitted for a tyre change at 21:16hrs, the team fitted on the front axle tyres allocated to car number 77.

"Car number 63 left the pit lane and returned after one lap in order to fit a correctly allocated set of tyres. As this is not in compliance with Articles 24.2 a) and 24.3 e), I am referring this matter to the stewards for their consideration."

Speaking to Sky F1 after the race team boss Toto Wolff said: "For us it was just a colossal fuck-up.

"Simply one of the car crews didn't hear the call, we had a radio failure in the garage, and when the car came in, then we didn't know that we had to change the tyres, or put the wrong tyres, and this is why we exited with the wrong set of tyres.

"Then we had to obviously pit again."