The tight Marina Bay circuit offered Mercedes the chance for one of its stronger weekends, with its W13 car appearing better in low and medium speed corners.

But despite Hamilton leading the way in Friday evening’s opening free practice, and team-mate George Russell ending up third in the second session, the seven-time champion was downbeat about the German car manufacturer being in the fight for pole position.

Instead, having ended up fifth quickest in FP2, he reckoned that was a more realistic indicator of where the team was at, with the W13 suffering from extreme bouncing once again.

Reflecting on the opening day of action, Hamilton said: “It started off well, wasn't as great in the second session. So pretty much like every other weekend I would say.

“The car is as it is, and bouncing around like crazy. It doesn't feel like we're massively off here this weekend, but we're still probably a second down I would say, something like that. We have just got to keep working on it.” 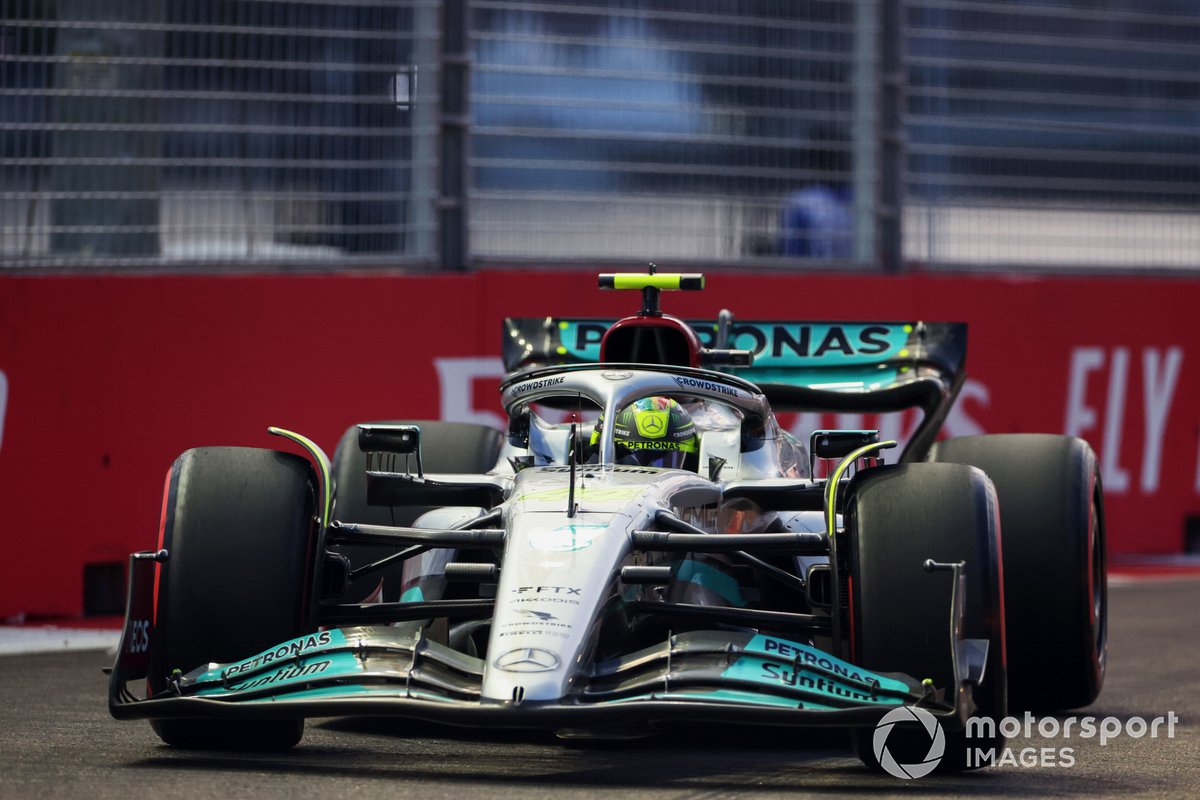 Hamilton reckoned that there was little Mercedes could do to iron out the bouncing – which he said had left him with a headache - as he did suggest his setup had not been as good as teammate Russell.

“There's not really much we can do with the bouncing. It just is as it is,” he said. “Setup wise, definitely I think George was able to find a little more time. I think there's definitely on my side more time, and I just didn't really get a good lap.

“I think with the setup I had a lot of locking, but we'll fix it tonight and come back and give it a better try tomorrow.”

Russell agreed with Hamilton that while the positions look alright compared to rivals, the real picture left Mercedes a bit further back.

“I need to go through and look at the data because I think Charles did his fastest lap on the medium tyre,” he said. “I don't know where the Red Bull drivers were. So on paper, it looks okay, but I'm pretty confident that's not the full picture.”

He added: “There's definitely a lot of work to do. It’s very, very bumpy out there. I think everybody's struggling to a degree but we've always known that's been a bit of a weak point with our car.

“Tyres are quite sensitive. I think it's going to be one of those that if we can absolutely nail it, there'll be a huge amount of lap time we can find in qualifying. And, as we know, it is normally a qualifying race. But yeah, we'll stay optimistic and work harder overnight.”