Mercedes has announced the signing of Mick Schumacher as its Formula 1 reserve driver for the 2023 season.

After losing his seat with Haas at the end of the 2022 season and ending his association with Ferrari, Schumacher has linked up with Mercedes - the team his father, Michael, last raced for in F1 - ahead of the new year.

The role will see Schumacher join Mercedes trackside at all races through 2023, as well as conducting extensive work in the team’s simulator to support race drivers Lewis Hamilton and George Russell.

Mercedes was open in its interest in signing Schumacher as a reserve driver for 2023, with team principal Toto Wolff confirming in Abu Dhabi that he was eager to hold talks, leading to a deal being agreed.

“I am thrilled to be part of the Mercedes team as their reserve driver for 2023, and I am committed to give it my all to contribute to their performance in this very competitive and professional environment,” said Schumacher.

“I take this as a new start, and I am just excited and grateful to Toto and everybody involved for putting their trust in me. F1 is such a fascinating world, and you never stop learning, so I look forward to absorbing more knowledge and putting in all my efforts for the benefit of the Mercedes team.” 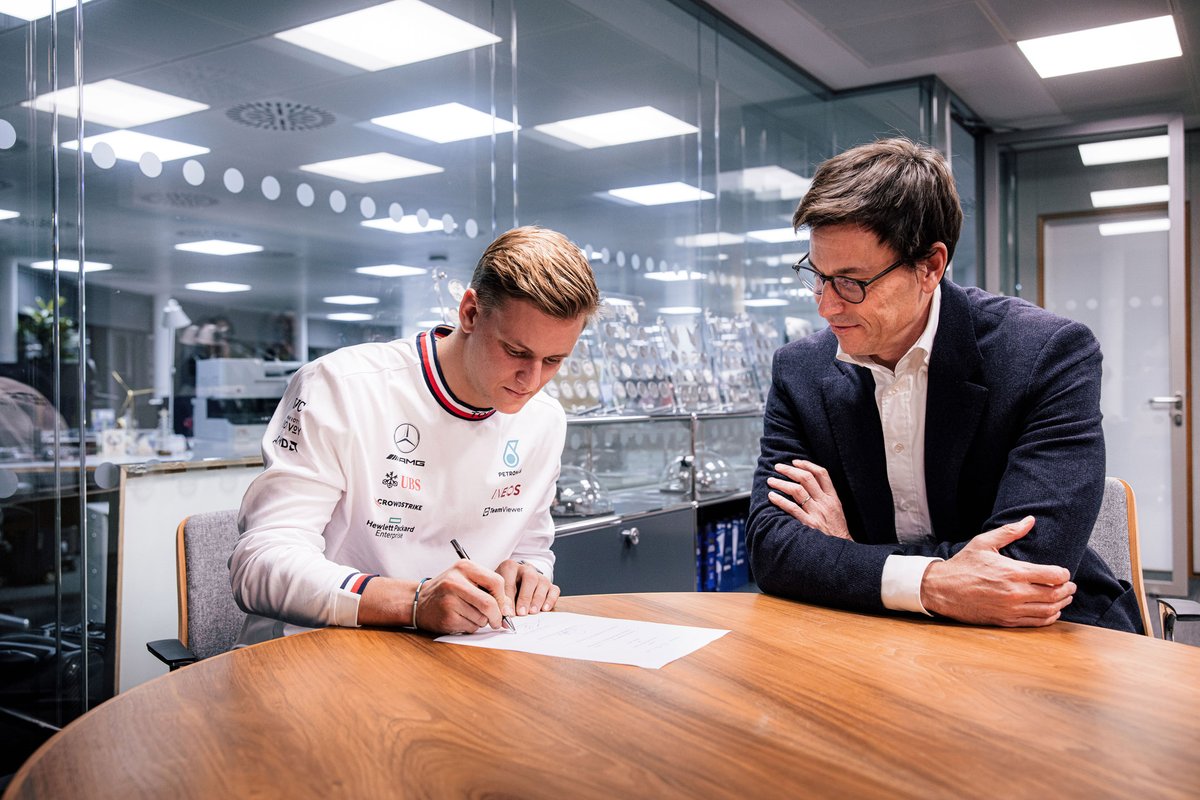 Wolff added: “Mick is a talented young driver and we’re delighted to have him join the Team. He is a hard worker, has a calm and methodical approach and is still hungry to learn and improve as a driver.

“These are all important qualities, and we’re excited for him to help us develop the W14. We also know that with two years of experience racing in Formula 1 under his belt, he will be ready to step into the car at short notice to replace either Lewis or George, should that need arise.”

Schumacher lost his seat with Haas after a difficult second season in F1 that saw him struggle to match team-mate Kevin Magnussen for form.

He recorded a best finish of sixth in Austria, one of two points finishes during the season, but it was not enough to save his seat as Haas turned to Nico Hulkenberg for next year.

Mercedes was in need of a new reserve driver after seeing its existing back-ups, Nyck de Vries and Stoffel Vandoorne, both land roles elsewhere for 2023. De Vries will race full-time in F1 for AlphaTauri, while Vandoorne has joined Aston Martin as its reserve driver.