Nyck de Vries has picked a permanent number for his Formula 1 career ahead of his full-season debut as the FIA published the 2023 entry list.

De Vries made his F1 debut as a stand-in for Alex Albon at Monza in September, using Williams’ designated reserve driver number of #45 as he scored two points for ninth place.

The Dutchman’s performance helped open the door for him to land a full-time seat in 2023 with AlphaTauri, partnering Yuki Tsunoda.

The FIA issued the full entry list ahead of the 2023 season on Thursday, confirming that de Vries had selected #21 as his permanent race number.

De Vries raced with #17 during his time in Formula E, where he won the championship for Mercedes in 2020-21. But this number was retired from F1 following the death of Jules Bianchi in 2015.

Other F1 debutants in 2023 include Oscar Piastri, who will race for McLaren with #81, and Williams’ Logan Sargeant, who revealed earlier this month he had picked #02 for his F1 career.

The only F1 team name change between 2022 and 2023 comes at Haas, which has gained a new title sponsor in the form of American company MoneyGram. The team has officially been entered as “MoneyGram Haas F1 Team.” 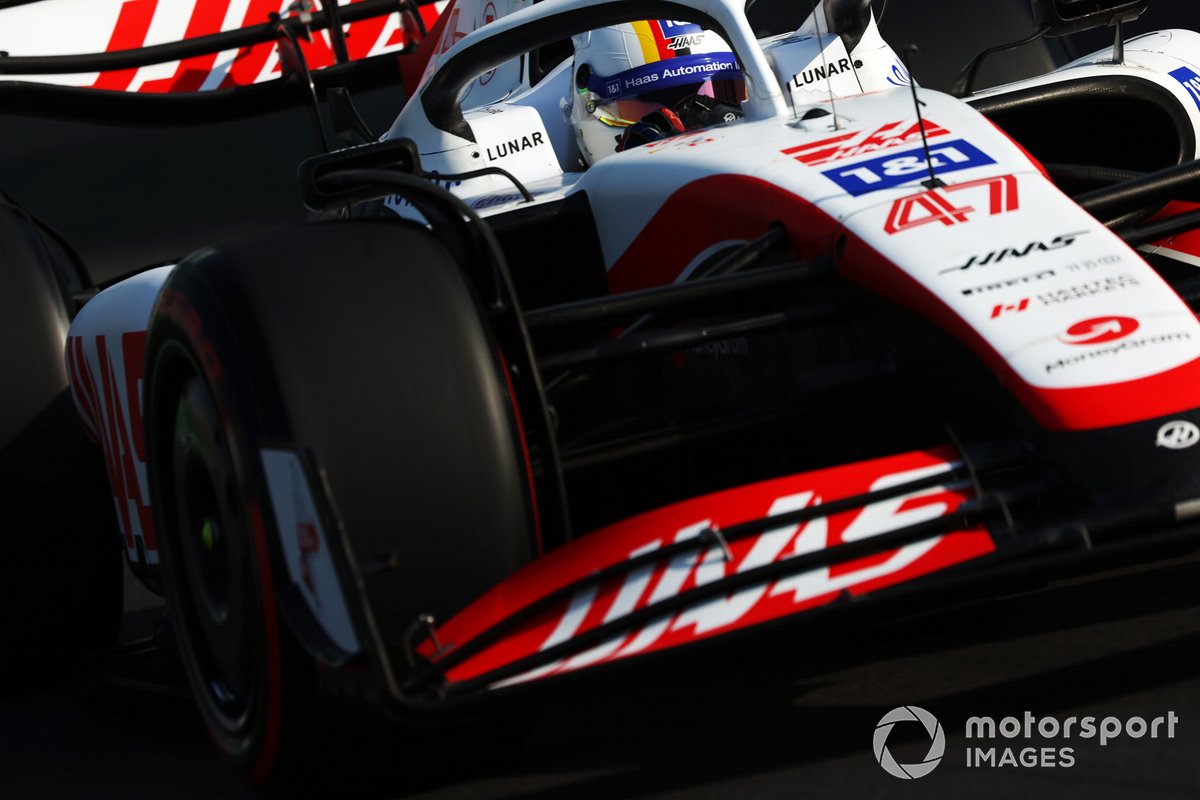 There is also an interesting tweak in the official name of the engine that will be used by Red Bull and its sister team, AlphaTauri, next year.

Following Honda’s exit from F1 at the end of 2021, the engines were listed as “Red Bull Powertrains” on the entry list after Red Bull formed its own power unit division and acquired the IP from Honda.

But amid continued technical ties with Honda and a deal in place until the end of the 2025 season, the engines are now called “Honda RBPT” on the entry list.

A strengthening of the partnership came ahead of this year’s Japanese Grand Prix, when the Honda logo returned to the Red Bull and AlphaTauri cars. Honda has also registered its interest to make a formal return as a power unit supplier to F1 under the next generation of rules starting in 2026.