Neither Mercedes driver placed higher than third in either of Friday's two practice sessions, with Hamilton completing the top three in FP1 and Bottas securing that position in second practice.

Bottas and Hamilton said they had both struggled to find an optimum balance.

"We don't know how much the other teams can improve tomorrow, [but] we for sure can," said Bottas.

"We'll do the work as usual to try to still get the car better. It didn't feel good enough today, balance-wise.

"We just really need to find the balance.

"That way you can trust the car and be consistent in qualifying and find the limits."

Hamilton, who set his fastest lap of the day on soft compound tyres after failing to get a clean fast run together on the super-softs, added: "FP2 in particular started out good and then got a bit confusing later on in the session.

"It is very unclear at the moment as to where we need to change the car.

"There's a lot of analysis that needs to go on now - and hopefully tomorrow when we get out on track, it feels better."

"We've got to do the work tonight because the car currently isn't in the right window."

Hamilton suspected Mercedes' stuggles on "one of the harder Fridays" he had experienced at the Hungaroring could be down to the strong gusts of wind around the track, or Pirelli's tyres. 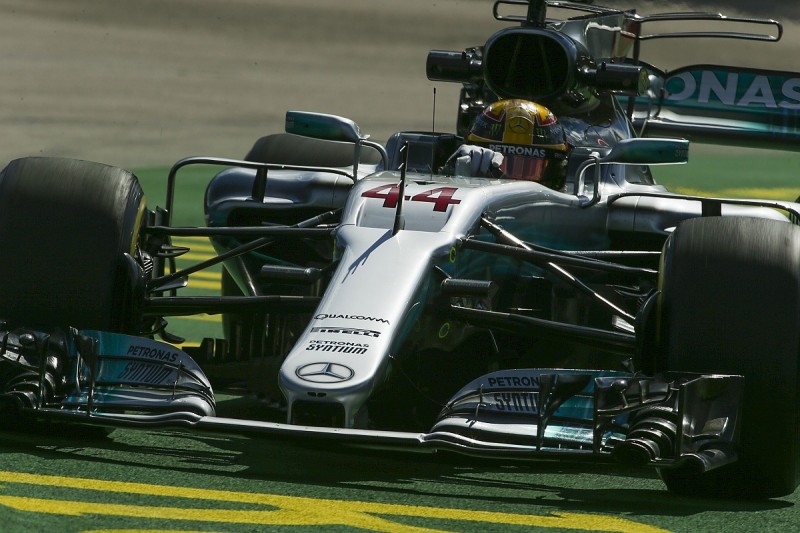 Both of Friday's practice sessions were topped by Red Bull's Daniel Ricciardo, with a Ferrari driver in second and a Mercedes in third.

"It's going to be a very close qualifying," said Hamilton.

"This is the circuit where I think the top three teams are the closest, probably.

"The Red Bulls look like they have a little bit more downforce maybe.

"Ferraris are very, very quick; I'd say we're definitely not as as quick as we were at Silverstone."

Bottas added: "It is going to be really close in qualifying and the long-run pace is really close between the three teams.

"We need to find every single hundredth we can tonight."

But while the teams were evenly-matched, Hamilton said he thought the race might not provide the exciting race Friday's practice times hinted at.

"I think this weekend you'll probably going to see one of the closest battles time-wise, but it's very difficult to overtake here.

"So it might not be the most exciting race necessarily, but qualifying should be exciting."