Toto Wolff says it is "not an absolute must" that Lewis Hamilton will need to take an additional Formula 1 power unit this season and serve a grid penalty.

Teams are entering the final third of the 2021 season braced for possible penalties as they hit the limit of their season allocation for power unit elements.

Red Bull has already confirmed that Max Verstappen will have to take a grid drop at a race later this year after losing one of his engines in a crash at Silverstone with title rival Hamilton, but will do so strategically at a track it thinks would allow for Verstappen to recover places.

Mercedes opted to move Bottas onto his fourth power unit of the season at Monza, meaning the Finn started the race from the back of the grid despite topping qualifying and winning the sprint race.

But Mercedes F1 chief Wolff explained that it was not a definite decision that Hamilton would take a grid drop at some point this year, given he still has life in his latest power unit.

"No, it's not an absolute must because we're still running very comfortably with this power unit," Wolff said.

"It's a decision that can be made at any time but, at the moment, we don't feel it's necessary.

"Does that mean we're not going to take a fourth? No, it doesn't. We will see how the next races pan out." 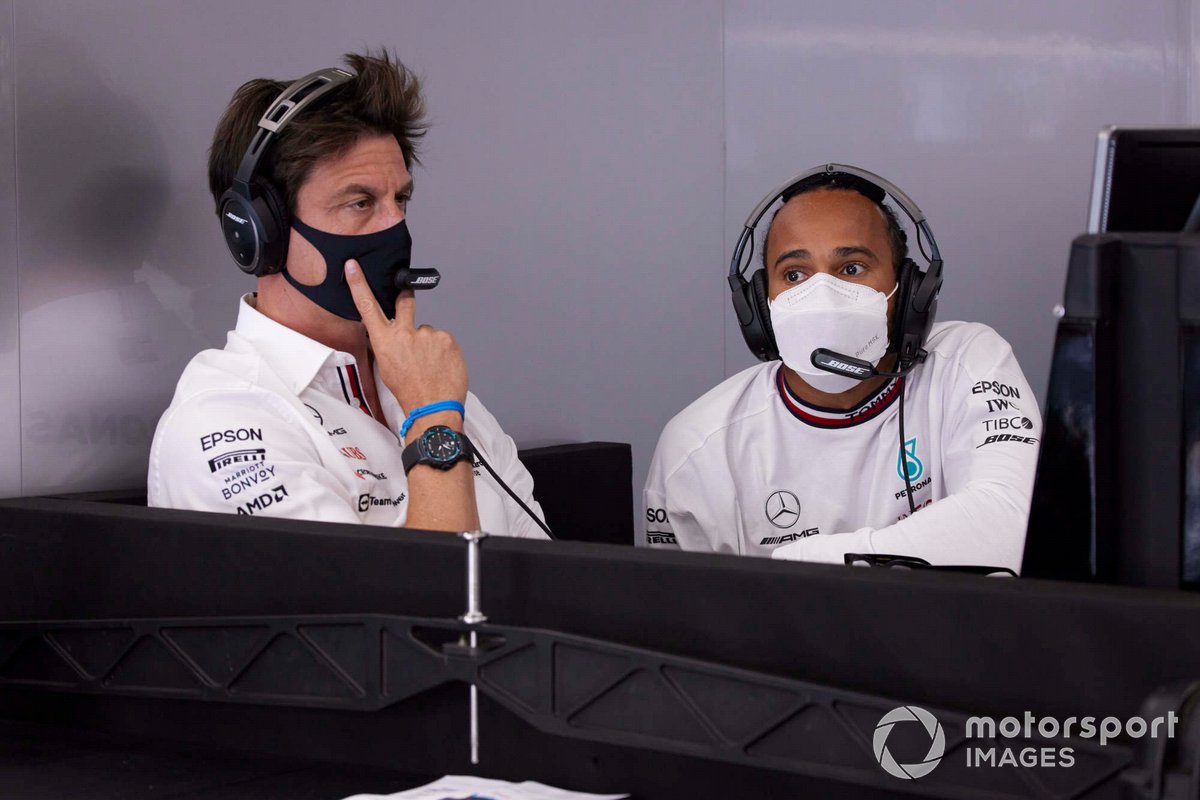 Wolff told Sky Sports F1 on Friday at Monza that he was wary of the impact a DNF may have on the title race given the fine margins between Hamilton and Verstappen, as well as between Mercedes and Red Bull in the constructors' championship.

"We believe that between P1 and P2, with the fastest lap, that if you have one DNF it needs the other guy four races to catch up," Wolff said.

"And that's brutal. So you can afford to finish four times in second [place]. Therefore, you just need to really play it safe while not giving up performance."

Hamilton added: "At the moment I've still got two engines. And there's currently no plan for me to have to take an extra engine, hopefully. But we shall see."