Hamilton, who had struggled in practice, looked set to miss out on pole in Baku for the second year in a row after a mistake late on his first lying lap left him behind Bottas.

A red flag triggered by Red Bull's Daniel Ricciardo scuppered his second effort but at the session restart there was enough time for a final lap, with Hamilton beating Bottas by 0.434s for his 66th pole in F1.

"It was do or die," Hamilton said in the post-qualifying press conference. "If ever there was a time for me to perfect, that was the time.

"In qualifying, sometimes you don't extract it, but it was a perfect lap."

Hamilton admitted he had been "greedy" on his first Q3 effort, which looked set to put him on top before he ran wide at Turn 16.

"The lap before was very good until the last corner - and so weird that, just before going into it, I thought 'don't be greedy'. And, of course, I was greedy and locked up."

Hamilton's pole was achieved after just one warm-up out of the pits ahead of his final run, in contrast to Mercedes' previous issues with getting its tyres into the optimum operating window compared.

"All weekend we have not been able to do it on one [preparation] lap but others have, so I had to give it everything I had," he said. "Valtteri, I could see he was on a great lap as well.

"Even if it was [only for] second, it was one ultimate lap that I could be proud of."

Bottas also improved on his final effort after a single preparation lap, but admitted his final attempt was not perfect.

"Not clean enough, didn't get enough grip. Before the red flag it was going OK, so [I'm] disappointed in the end to lose the pole position, that was the target for me today.

"I am proud - we made quite big changes in practice sessions, we were lost in the beginning and managed to turn it around and we think, for tomorrow, we have a great starting position and a good fight to get another one-two for the team." 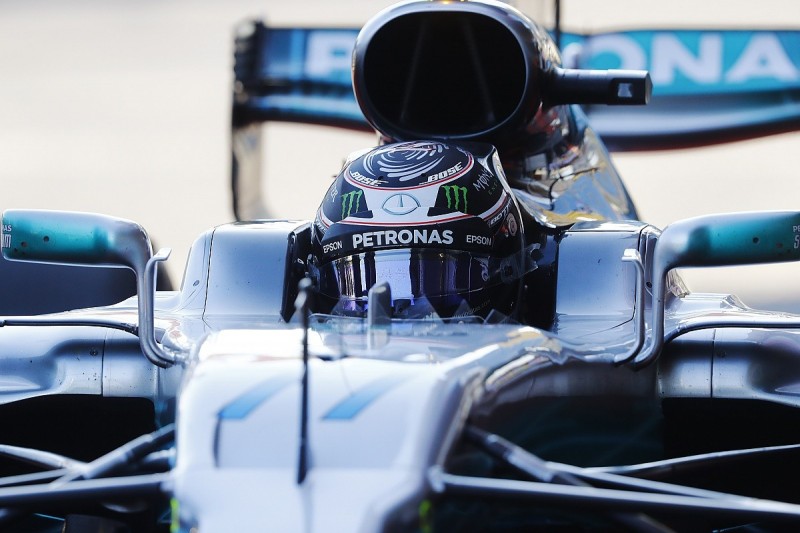