The fight at the front looked close with Ferrari and Red Bull in practice, but Mercedes enjoyed a large advantage over its F1 competition when it came to qualifying.

Hamilton struggled particularly on Friday and was only third fastest in final practice earlier on Saturday, but turned it on when it really mattered at the Baku city circuit.

He was the only driver to lap under 1m42s in Q1 and was comfortably fastest with a single run in Q2 as well.

He let Bottas get briefly ahead during the initial runs in Q3, after locking up and running wide at Turn 16 near the end of his quickest lap, before Daniel Ricciardo's Red Bull hit the wall at the Turn 6 right-hander, bringing out the red flags and spoiling a potentially faster lap for Hamilton.

That incident turned the session into a one flying lap dash once the wreckage was cleared, and Hamilton pulled out a stunning effort on his final run to claim pole by almost half a second from Bottas.

Both Ferraris struggled in qualifying, with Kimi Raikkonen and Sebastian Vettel taking to the escape road at Turn 3 during their first runs.

Raikkonen recovered best to claim third on the grid, but over six tenths of a second down on the second Mercedes. 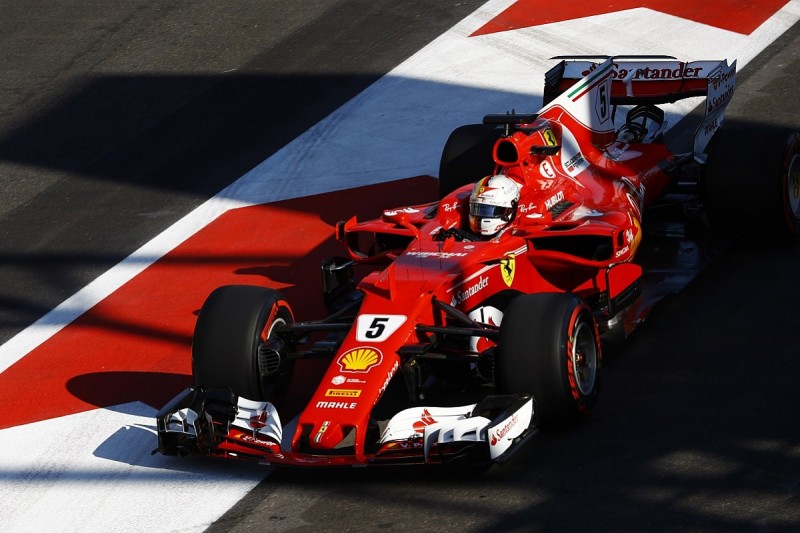 Vettel was fourth in the sister Ferrari, fractionally ahead of the surviving Red Bull of Max Verstappen.

Sergio Perez pipped Force India team-mate Esteban Ocon by less than a tenth of a second to complete the top six, while Lance Stroll narrowly outqualified Williams team-mate Felipe Massa for the first time to claim a career-best eighth on the grid.

Ricciardo ended up slowest in Q3 following his crash.

The pace of the top five teams ensured there wasn't much of a fight to make it through to Q3.

The Toro Rossos of Daniil Kvyat and Carlos Sainz Jr weren't fast enough to challenge the Williams and Force Indias, but were comfortably quick enough to outpace Kevin Magnussen's Haas (even with the benefit of an aerodynamic tow from Sainz), Nico Hulkenberg's Renault - which lost power after only one run in Q2 - and Pascal Wehrlein's Sauber, which the Mercedes junior driver heroically dragged into the top 15.

A last-ditch effort from Magnussen ensured a Haas made it through to Q2 at the expense of Fernando Alonso's McLaren-Honda, which ended up 16th quickest, retrofitted with a 'spec 2' engine, and just 0.017s shy of beating Wehrlein's Sauber into Q2.

Alonso is set to drop to the rear of the grid thanks to his 40-place grid penalty for various engine component changes, which will elevate Romain Grosjean's Haas and the second Sauber of Marcus Ericsson.

The other McLaren of Stoffel Vandoorne was slowest of those that ran in qualifying, 0.235s adrift of Ericsson, and will also cop a hefty grid penalty - including five places for an unscheduled gearbox change after final practice.

Jolyon Palmer was classified last in the session, without a lap time to his name. He sat out qualifying after a high-pressure fuel leak caused his Renault to cook itself during the early stages of practice three.

Plus
Plus
Radical 1 y