Mercedes has no answer on Miami GP performance loss

In FP2 George Russell was fastest and Lewis Hamilton was fourth, suggesting that the team had found something that worked at the Miami track.

However, neither driver was able to repeat that sort of form from Saturday onwards, as other teams were able to extract more pace from their cars. They eventually finished Sunday’s race in fifth and sixth places, with Russell ahead of Hamilton.

Russell complained that porpoising into corners had been a particular problem at the Florida track.

When asked about the performance loss across the weekend Elliott conceded that Mercedes was at a loss to explain it.

“That's a really good question and it's a question that we are trying to answer at the moment,” he said in a Mercedes video debrief.

“I think if you were to look at Friday's running it was probably the most competitive we've been at any point through the season so far.

“Between Friday and Saturday we will have made some changes and actually those changes were fairly minor, but there were also changes in conditions and we need to go through all of that data, extract as much understanding as we can from that and use that to move forward over the next couple of races.”

Elliott noted that efforts to control porpoising are progressing in parallel with the already planned performance development programme.

The front wing updates brought to Miami as part of the latter worked as intended.

“I think it is important to differentiate two things,” he explained. “One is the normal upgrade path and the other one is fixing the issues that we are having with bouncing and other things that are compromising the performance.

“So, the wings that we brought definitely brought us the performance that we were expecting and were a step forward.

“In fact, every time we run the car we learn something new and that is the aim of the game, the game is to try and understand the car faster than our competitors.” 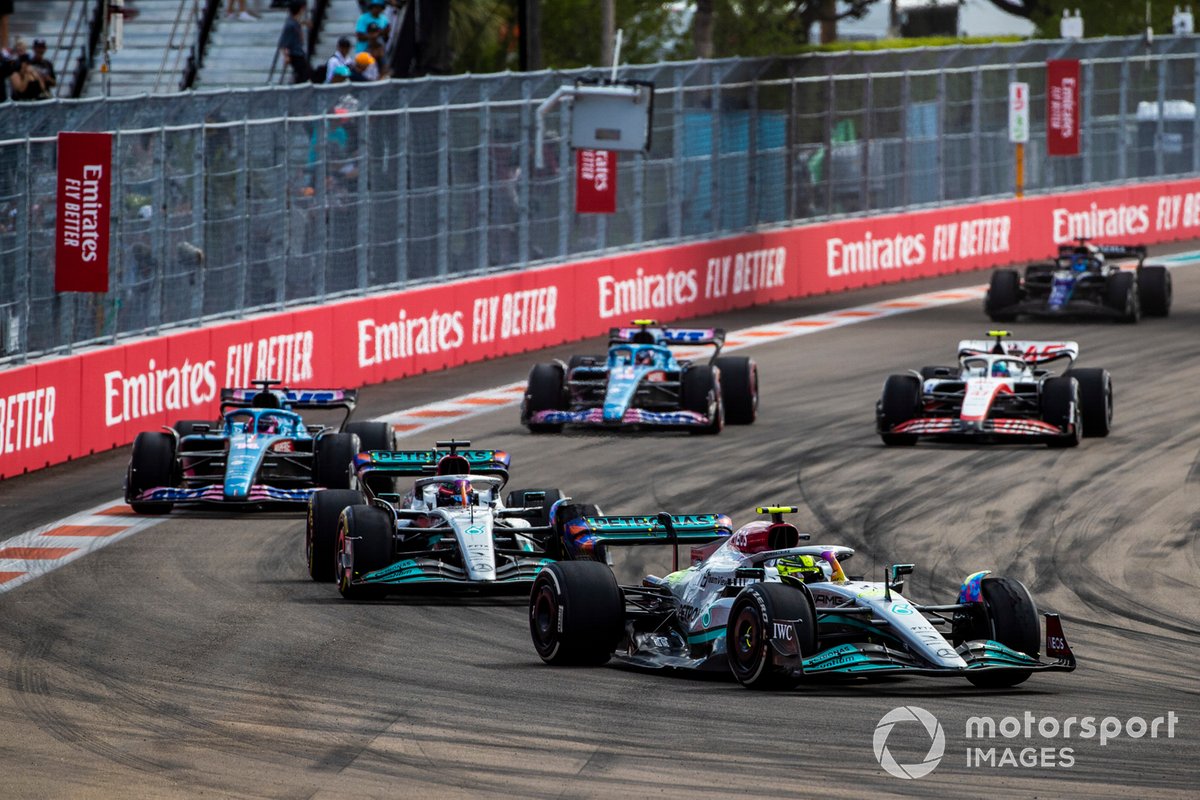 Elliott stressed that a lot of activity is ongoing at the team's Brackley base to improve the W13.

Reflecting on the race, he also noted that Hamilton's car wasn't damaged in the first lap contact with Fernando Alonso in Miami.

“The contact was wheel-to-wheel and as always, we have lots of engineers looking at the data that is pouring off the car," he said.

“So, we can very quickly tell whether there is an issue with the car and there was no issue to find.”