Vettel led a Ferrari one-two in second practice at Sochi - after team-mate Kimi Raikkonen topped the opening session - while the best of the Mercedes drivers, Valtteri Bottas, was 0.67 seconds off the pace in third.

Hamilton was three-hundredths of a second slower than Bottas, which led Vettel to suggest Mercedes was holding back, something Hamilton has refuted.

"We never sandbag," he said. "There's no benefit to sandbagging, ever.

"I think Ferrari has done in the past but there is zero benefit for us to do so, we're trying to get the car to the optimum balance-wise and today's generally been a tricky day.

"I don't know why he would suggest that, it's just Sebastian trying to blow smoke our way.

Mercedes team boss Toto Wolff said on Friday that Ferrari's pace was proving more "robust" because its 2017 car was working well in a wider range of conditions.

Hamilton agreed with that assessment, pointing to the fact that others were able to warm up their tyres sufficiently in qualifying simulations whereas Mercedes "can't get them to work on lap one, two, three, four or five".

He complained about his balance "shifting" throughout practice and said Mercedes had work to do in order to get on top of those tyre problems.

"It didn't feel like the greatest Friday to be honest," he said. "Quite a tricky day.

"These tyres are very tricky - quite peaky, which is very strange - so it's hard to keep them operating.

"Sometimes they are dropping outside the window and Ferrari are keeping them in the window.

"That's our challenge at the moment." 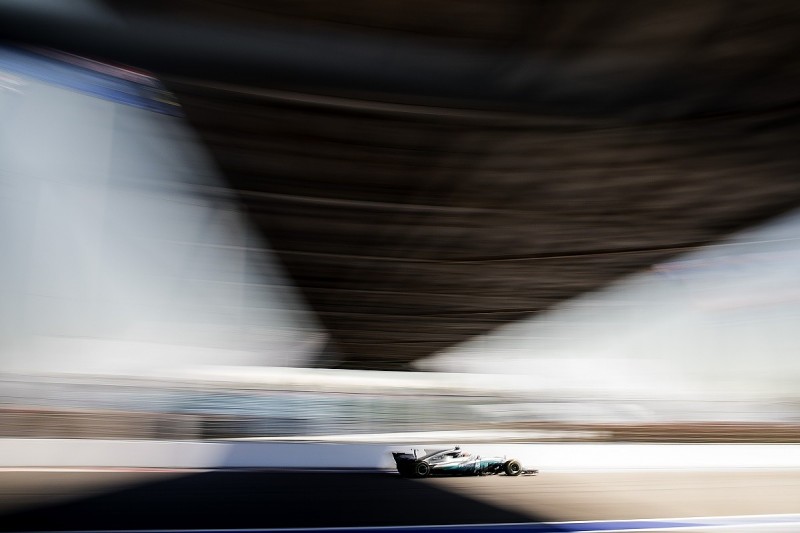 The three-time world champion trails Vettel by seven points in the drivers' championship after the first three rounds of the season.

Vettel has won twice, in Australia and Bahrain, while Hamilton took victory in China, and the British driver said he had expected that battle to continue this weekend.

"If we get our tyres working properly I think we can be closer," he said of the gap to Ferrari in Russia.

"There's no difference compared to the previous races, the gap is still very, very close between us."

Bottas admitted "we have work to do and Ferrari was stronger today than us", after joking he hoped Mercedes was sandbagging after all.

He added: "If we are on top of them tomorrow, we've done a very good job."