The Italian squad topped the times in both the morning and the afternoon sessions, with Mercedes' Valtteri Bottas finishing a distant third in second practice, more than six tenths behind Vettel, just ahead of Lewis Hamilton.

But Vettel insisted that gap was "artificial", and when asked if he thought Mercedes - which has never been beaten in Sochi - was sandbagging said: "Yes.

"I think they will be fine.

"It's a circuit that suits them so they will be strong tomorrow.

"I think last year people expected Williams to be fastest after Friday, if I remember right, and it turned out Mercedes was the fastest.

"That's how sometimes you can be misled and I think there's a lot of things we can play within the car: fuel loads, engine modes...

"This looks like a Mercedes track. For sure they didn't show everything today and they didn't get a lap together, so the gap you see it's artificial." 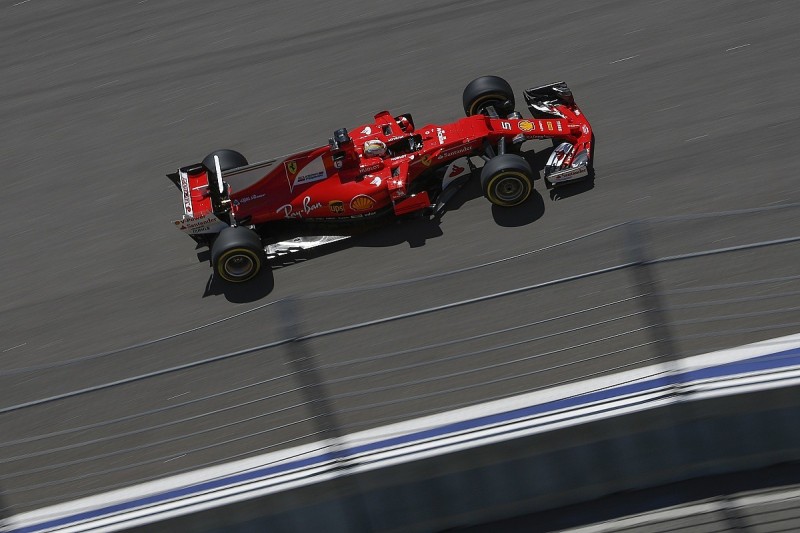 Championship leader Vettel struggled to get up to speed in first practice and even spun near the end of the session, in which Ferrari team-mate Kimi Raikkonen led the way.

"I think we can be [happy], but not entirely," Vettel added.

"We had a bit of a rough start this morning, got a little bit of out hand with the first set of super-softs, and it took me a while to get up to speed.

"Towards the end I found the car again and I think the pace looks OK, but surely it feels like there's a bit more we can squeeze out, so we need to see where we can find it.

"Set-up-wise we didn't change much for majority of the day because I needed to get up to speed and only in the end I think it was OK."