Mercedes suffered more than most on the hypersoft as the new tyre made its competitive debut in Monaco.

Hamilton ditched it early in the race and had to run to the flag on the ultrasoft compound on an afternoon when everyone had to moderate their pace to protect the tyres.

"I think Monaco was a one-off in that sense," said Hamilton.

"We've understood where and why our tyres didn't last and there's some fundamental things we've changed on the car which affected it. So I think we have a much better understanding coming into this weekend.

"Also the hypersoft has a bit of a different requirement to the other tyres, so we're now aware of that, and we're going to tackle it this weekend.

"Usually this is a track where warm-up is difficult. The target's always moving, weekend in and weekend out, and we're trying to gauge it the best we could, but the last weekend was ultimately a mistake. And in hindsight, we would have done something different."

Ricciardo and Red Bull's dominance in Monaco leaves him optimistic the hypersoft could help his team in Montreal. 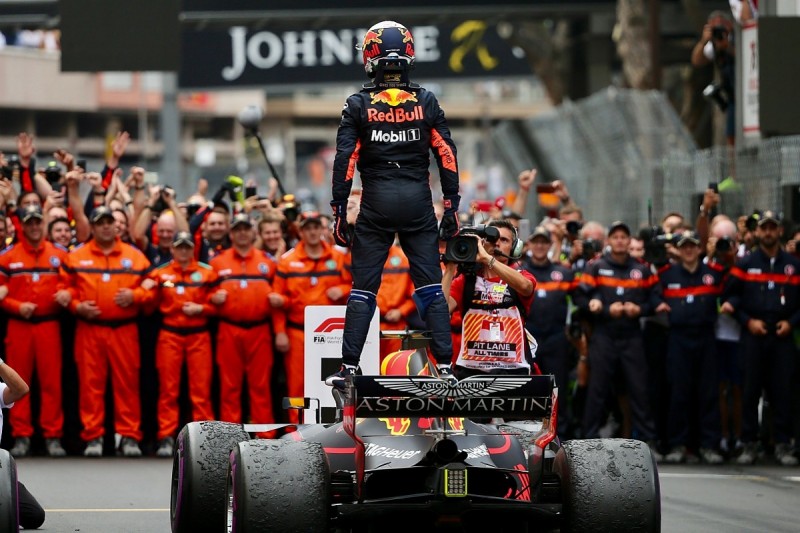 "We were good on the hypersoft in Monaco," said the Australian. "Maybe it gives us another chance this weekend to have a strong race.

"We feel on paper this circuit should suit us more than maybe a couple of the others coming up.

"Because you can't control the pace around here as much as you can in Monaco, because of the straights and three DRS zones, you are forced to push a bit harder, and I think the hyper will get an even harder time around here.

"That is why I want everyone to start on it, so it can create a little bit of something."

Ricciardo is expecting early stops for the frontrunners this weekend, hinting that Red Bull might be able to run further than rivals.

"Everyone is asking for more deg[radation] and there are different forms of deg, but having a tyre that is really good in qualifying and then drops away in the race quite dramatically, I don't think that is a bad thing," he said.

"I like that it can be a bit of a qualifying tyre and then you cannot race that long on it.

"The pace is going to be higher this weekend, you are forced to push more, and if you do start on the hypersoft, who knows how long it is going to last?

"I remember China a few years ago, maybe 2013, I remember we started on the softs and doing five or six laps and everyone was pitting. We have been here before.

"It is nice having a quick tyre in qualifying and then we will deal with it later."

Canadian GP: Haas F1 drivers told not to crash amid lack of spares