The FIA has confirmed that all six Renault-equipped Formula 1 cars have taken the latest engine upgrade package for the Canadian Grand Prix, and that Daniel Ricciardo has avoided penalties

Renault F1 managing director Cyril Abiteboul had previously said that it was not clear if all cars would take the new V6 for Canada, because the drivers had run different mileages in the opening six race weekends.

But information released by the FIA in Montreal on Friday showed fresh engines for both Renaults, both Red Bulls and both McLarens.

Also taking a new V6 for this weekend is Ferrari's Sebastian Vettel, after both Sauber and both Haas drivers received the latest Maranello spec in Monaco.

But Vettel's team-mate Kimi Raikkonen does not yet have the new engine, having already logged his second V6 when he took a new example of the original spec at the Spanish GP. 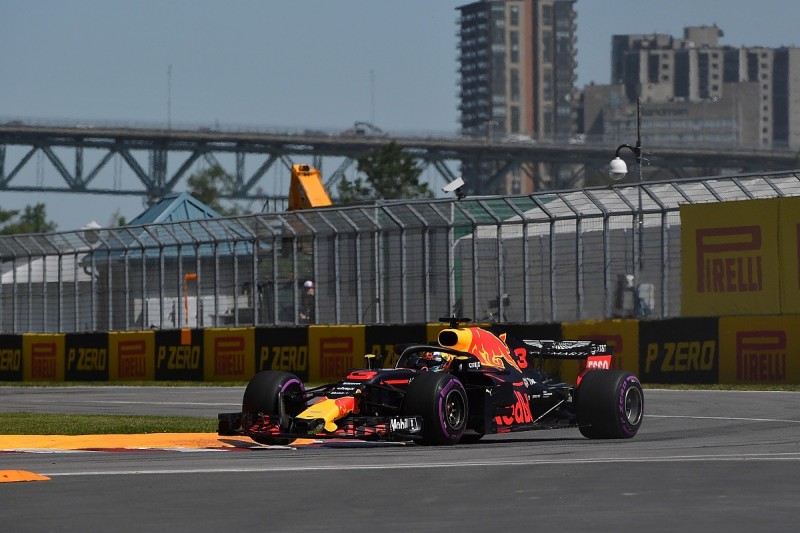 After his Monaco problem Ricciardo has gone back to the MGU-K that was taken out of the car for the Shanghai weekend, which means he will not trigger any penalties in Montreal.

But he is now also on the bubble with the V6 and turbo, with the next example of each that he uses creating a penalty.

Red Bull team principal Christian Horner insisted that he has no special concerns about the MGU-K that has gone back into Ricciardo's car.

"No more worried than normal to be honest," he told Sky Sports F1.

"It's done a few events and a bit of mileage. It's his first unit that's gone back in the car, he's got no others available. Hopefully he'll be alright with it."

Among the leading contenders also one step away from penalties after Friday's changes are Max Verstappen (turbo and control electronics), and Raikkonen (turbo).

There are no changes to any of the Mercedes cars after the upgrade package was put on hold due to reliability concerns.

The full list of Friday updates by driver is as follows: