Mercedes F1's Wolff 'had quite a laugh' at Verstappen speculation

Verstappen joined Red Bull during his first season of car racing in European Formula 3 back in 2014, having opted for that junior programme over Mercedes as he pursued a swift move into F1.

The 21-year-old said in the build-up to the Chinese Grand Prix weekend that he was surprised to read the story, and found it quite "funny" because "I never speak to Toto, he never calls me, he doesn't even have my number".

Wolff said: "We had quite a laugh about it all three of us. "I haven't got Max's number and I've never spoken to him on the phone.

"As Max rightly said I've known Jos for a long time and I would consider him a friend.

"We talk about babies and go-karting and when do we put our babies in a go-kart together and which team are we going to set up.

"There is no talking about Max nor his contract.

"For the right reasons, Max is very committed to the Honda/Red Bull situation.

"We are committed to our drivers and we are not planning to engage in any sort of discussions and nor are Jos or Max, so I don't know where that came from." 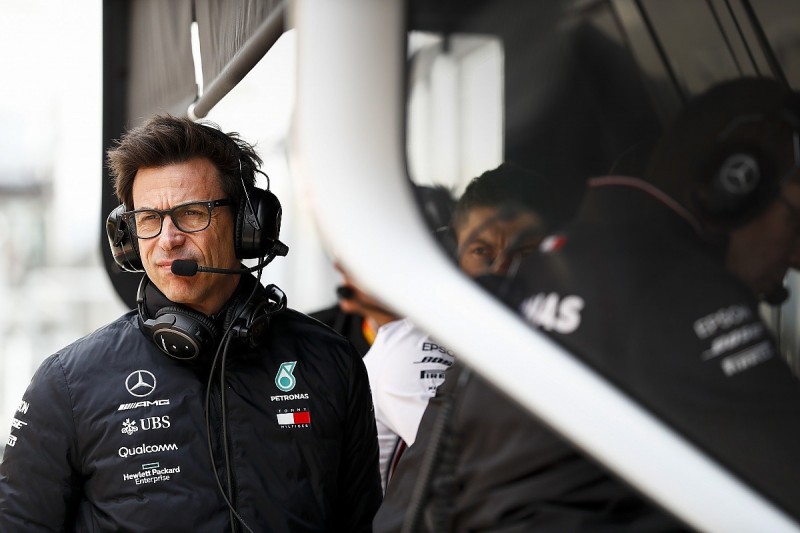 It was suggested Verstappen has a performance clause in the new Red Bull contract he signed in 2017 that would allow him to leave the team if it does not fight for the world championship this season.

Verstappen has finished third, fourth and fourth in the first three grands prix, which has put him third in the championship, ahead of both Ferraris but 29 points behind Mercedes' Lewis Hamilton at the head of the standings.

"I can't talk about my contract," Verstappen said when asked about the supposed performance clause.

"I never talk about my contract. I think it's quite normal that I cannot comment on that."

Mercedes drivers Hamilton and Valtteri Bottas have finished first and second in each race so far, with Hamilton winning the last two after Bottas won the season opener.

Hamilton is signed up to Mercedes until the end of next season while the team has the option to keep Bottas for 2020 as well.

"After a day like today where we are P1 and P2 I'm not considering any other driver for the short-term," said Wolff following the Chinese GP.

"[For] after 2020 we will first discuss with Valtteri and Lewis, and once that decision is taken, we'll turn to the paddock.

"But hopefully the line-up stays forever."

Autosport F1 podcast: How to make a bad Formula 1 car