In China Sergio Perez achieved the team's best result of the season so far as he rose from 12th on the grid to earn eighth place, beaten in the midfield battle only by Daniel Ricciardo's Renault.

However Green says that while the team maximised its potential in Shanghai, real progress will be seen after the Spanish GP.

The development of the 2019 launch car was compromised by the team going into administration last year, but now the influx of finance from new owner Lawrence Stroll should start to pay dividends as new parts come through the system on a regular basis.

"The updates that we've put on, we're getting closer to optimising them," Green told Autosport.

"The Bahrain test helped us a lot to understand where the sweet spot of the car is.

"Baku has always been strong for us, and hopefully it will be strong again this year.

"We'll just have a Baku specific downforce kit. And then we've got updates coming thick and fast after that.

"Spain is where things start to happen.

"We've been cash-strapped for many years. It's going to take time to build up the team and move it forward.

"We've just got to be patient." 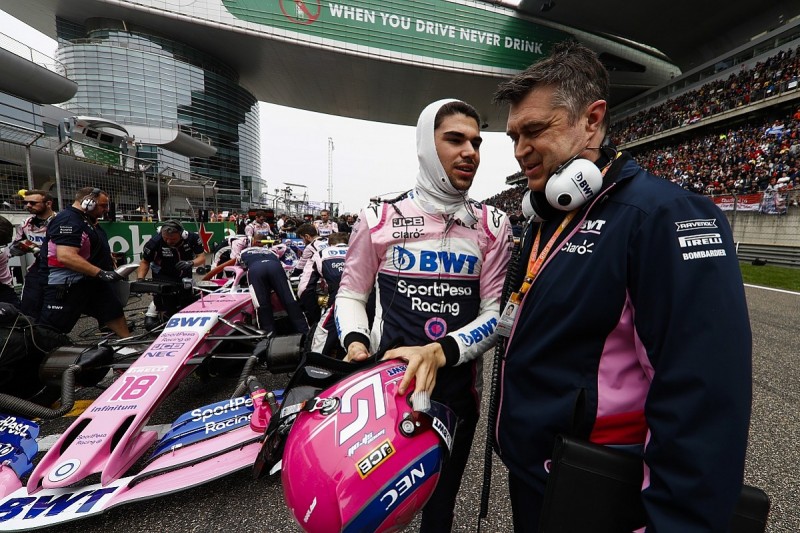 Perez's team mate Lance Stroll rose from 16th to 12th by the flag, passing Kevin Magnussen on the last lap.

The Canadian has yet to make it out of Q1 this year, but Green says that his potential is clear.

"He's been really unlucky. He was unlucky in Australia, he was blocked in qualifying.

"I think with hindsight we would probably have done the strategy slightly differently [in Shanghai], because he had another great start.

"But we didn't really know what would have happened if we'd gone the other way. But I think he deserved to score a point.

"The potential is there, and it will come through.

"We're still in that process, it's not something that's going to happen overnight.

"We see it all the time with drivers coming into a new team, it takes some time to adapt, and he's exactly the same. But he'll get there."

Autosport F1 podcast: How to make a bad Formula 1 car