Amid doubts over the longevity of the hypersoft, several teams considered using the ultrasoft in Q2 so they could start on it and having greater strategy flexibility for the race - including potentially an ultrasoft/supersoft combination that would avoid the hypersoft completely.

A one-second delta between the hypersoft and ultrasoft meant it was always going to be a risky ploy, and only Mercedes tried it.

But neither Lewis Hamilton nor Valtteri Bottas could produce a quick enough lap on their first Q2 runs with the ultrasoft so had to join the rest on hypersofts to guarantee reaching Q3.

"We were keen to try to find out whether we could qualify on the prime, because starting the race on the hyper will be tough," said Mercedes motorsport chief Toto Wolff.

"We've seen a lot of graining on the front left, and we've seen some degradation on the rear.

"Probably the one who is in the lead is going to manage the pace very carefully in the race tomorrow, and still run out of tyre after a few laps.

"It could be quite a tricky situation and you would want to avoid the hyper." 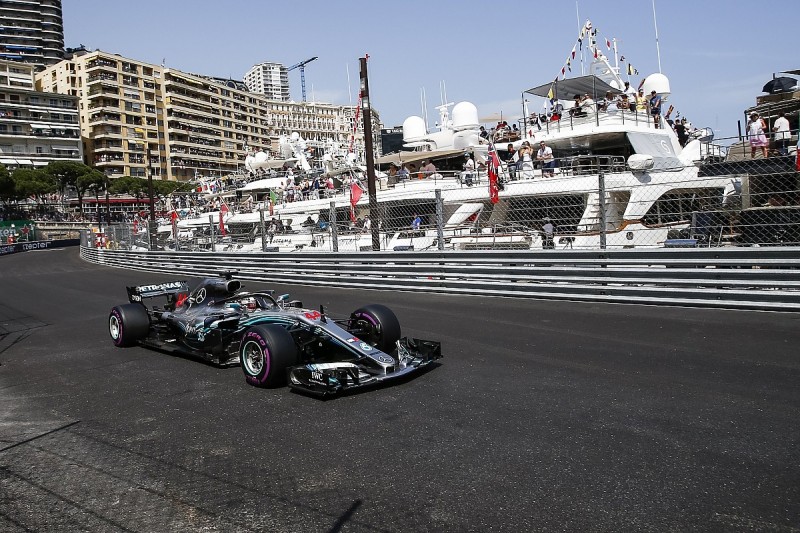 Bottas said it was worth trying the ultrasoft gamble as "against the hyper we could do a long stint and create nice opportunities", but is concerned a one-stop race will be hard now Mercedes is committed to the hypersoft.

"I think we can do a relatively long stint with the ultra," he said.

"Small issues with graining, but nothing compared to the hyper.

"We struggled quite a lot in practice, so honestly starting with the hyper it is going to be difficult to do a one-stop.

"It is quite steep degradation once it happens, and it is a funny tyre.

"Once it happens it really happens and you lose so much suddenly within one lap.

"Very quickly you can lose more than one second, so once it fully grains between one and two seconds is the loss."

He added that Mercedes calculated it was "one tenth" from being fast enough to get into Q3 on ultrasofts.

Bottas ended up fifth on the grid, with Hamilton third.

Wolff felt Hamilton's result in particular was the maximum possible for Mercedes in Monaco, and shrugged off its relative weak form on the street track as a price worth paying to be quick elsewhere.

"We started off solid, we did the right experiments, and the drivers extracted the pace of the car," he said.

"All of us believe that this is the pace of the car around Monaco.

"You have to be realistic with your car. We're trying to achieve the best car for 21 races to come out with the most points, and therefore you have to compromise with some of the circuits."