Hamilton received several radio messages during the race to speed up while setting a pace that allowed Red Bull and Ferrari to close on Rosberg behind him.

But when asked by Autosport what he would have done with his drivers in that situation, Horner claimed he would not have interfered.

"With where they were at, it was just down to those guys, so it was only ever going to be that kind of battle between the two of them," said Horner.

"Congratulations to Nico, he's driven a great season, he's a very worthy world champion but it was naive to think that there would be any different approach with what's at stake."

Horner added that Hamilton's tactics were legitimate and that there's no reason to criticise the outgoing world champion.

"He played completely within the rules, winning the race wasn't going to be enough for him today," said Horner.

"He needed cars between him [and Rosberg] and if he'd charged off into the distance that wouldn't have created that possibility.

"He won the race as slowly as he could, it's only like in a football game where a team might protect from the opposition by kicking the ball around and not enabling them to get hold of the ball.

"There's only two drivers competing for the world championship, it was totally obvious that he was going to do that. 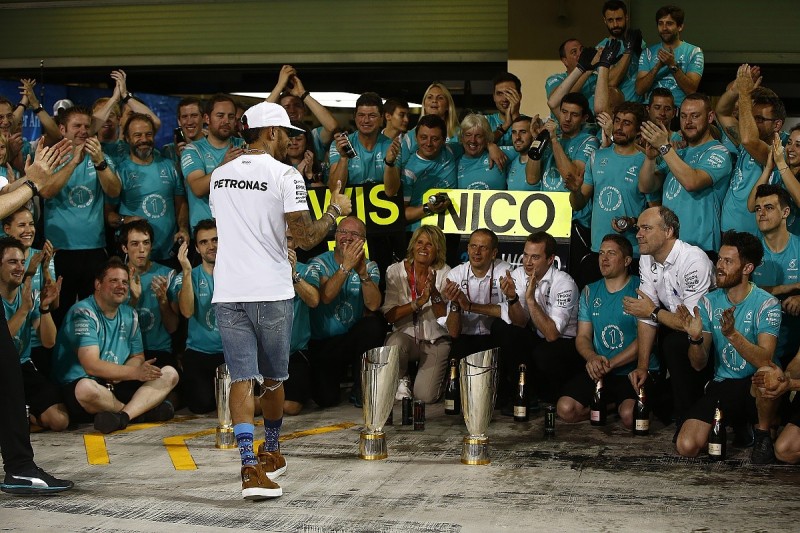 Mercedes motorsport boss Toto Wolff admitted that the team had discussed the possibility of Hamilton adopting these tactics before the race.

But while what Hamilton did was no a surprise, Wolff revealed that he was unsure before the race what approach Hamilton would choose.

"As it was a highly probably scenario, there was lots of discussion around it," said Wolff.

"It was clear that it was one of the possible ways for Lewis to win the championship, if Nico could come under threat from behind, and that's exactly what happened so it didn't come as a surprise.

"We weren't quite sure which direction he'd go, whether he'd go flat out, or chose the other way. But we calculated it."