Hamilton backed up team-mate Nico Rosberg in an unsuccessful attempt to overhaul him in the title battle, ignoring instructions to up his pace to protect the race win for the team in the process.

His race engineer relayed the initial messages before Lowe spoke to Hamilton directly.

When asked by Autosport about that instruction, Lowe explained it was in response to Ferrari's Sebastian Vettel rapidly catching the Mercedes duo after a late pitstop for fresh super-softs.

He said: "It was just to make it totally clear to him there was no bullshit to that point, there was a proper threat from Vettel, so that he could respond if he was able."

Hamilton's response to the radio message was "I'm actually in the lead right now", and he did eventually head home a Mercedes one-two.

Asked if he believed Hamilton was in control, Lowe said: "I've no reason to disagree with that.

"That's your prerogative at the front, to control the race.

"I'm not driving the car, I don't know what pace was available

"In the end Sebastian was coming very quick. You saw it went right to the wire.

"It was so close, maybe another lap it would have been something different." 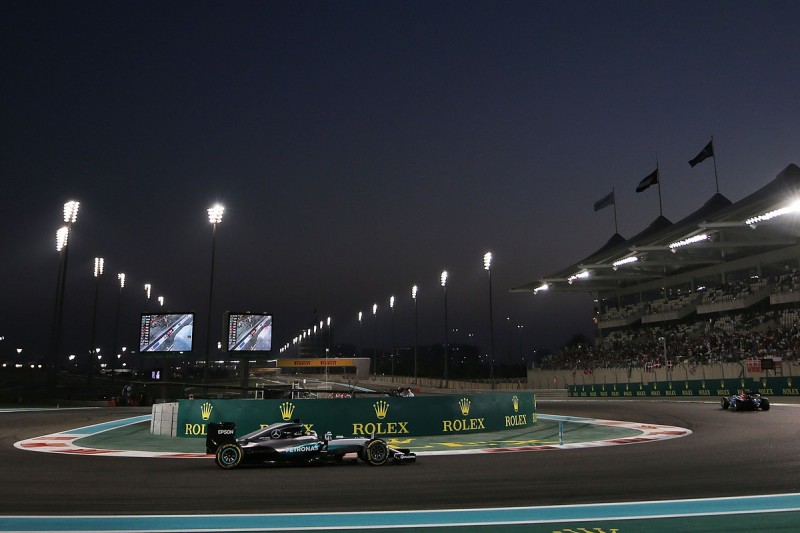 Lowe conceded that Hamilton's actions provoked a "dramatic finale" but admitted "we had some frustrations" during the race.

"It's exactly what the spectators want to see, a fantastic show," he added.

"We'd rather have some gap to control it to mitigate against any possible risks.

"For whatever reason Lewis didn't show that pace.

"We made him aware, particularly with the threat from Vettel, that the win was at risk if he didn't hit certain pace targets."

Lowe reiterated Mercedes motorsport boss Toto Wolff's comments that the team's target was to win the race, irrespective of the title battle.

"We don't distort our objectives in the context of the drivers' championship," he said.

"To do that we wanted two good starts and get through the first corner cleanly and open up some gap to secure against risks like safety car and being undercut.

"The first two bits worked fine. And in the end we got two cars home and a one-two, and with Nico champion."

Ex-McLaren man Lowe said he did not want the events of the race to detract from Rosberg's title triumph and described his season as having the "marks of a great champion".

"Tonight is about celebrating Nico's championship," he said.

"What we've achieved over the last three years, that's come about not least because of having the best driver line-up; both drivers contribute to that.

"It's just fantastic that he's now got that championship."